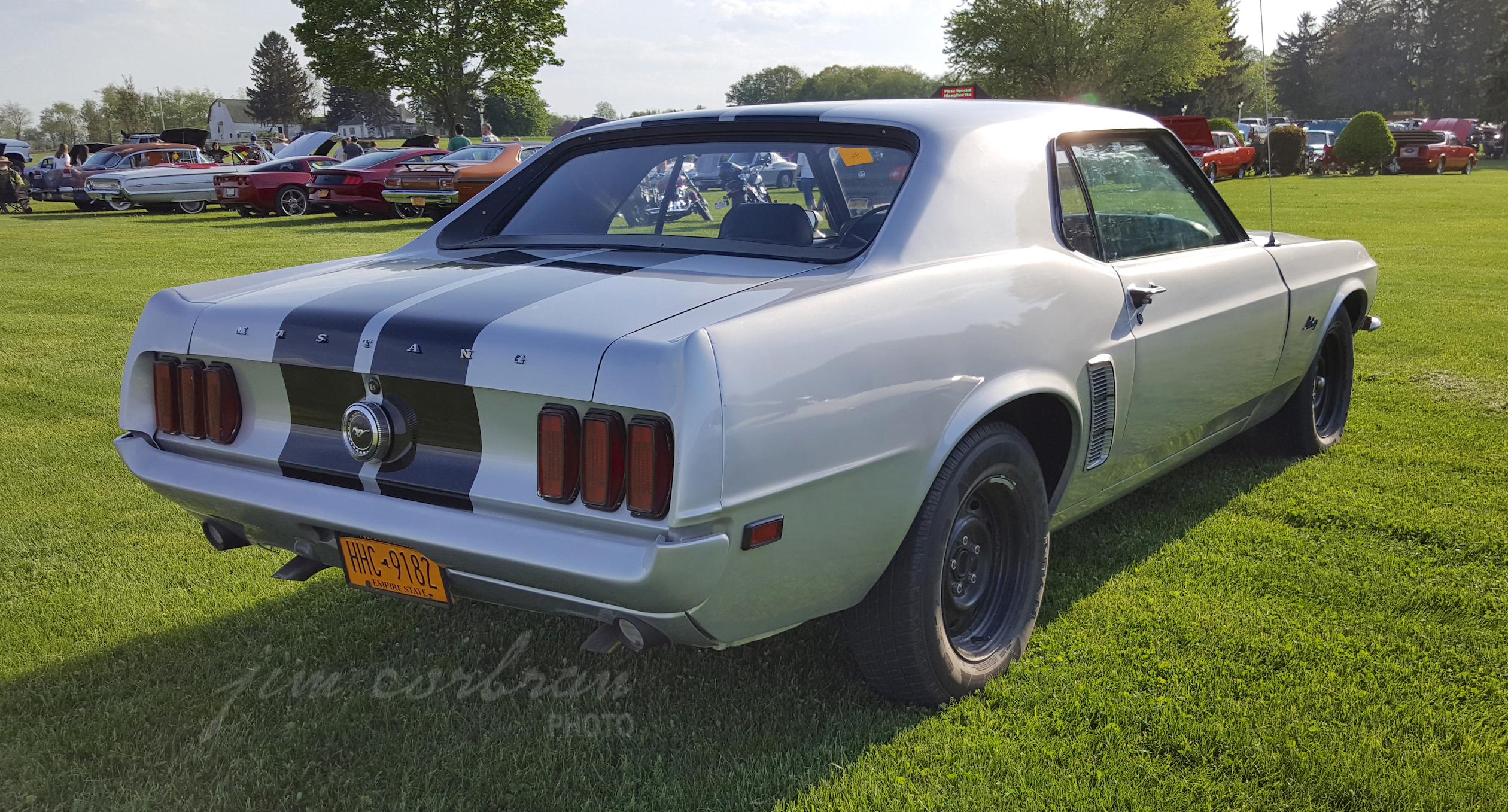 This 1969 Ford Mustang was seen at a cruise night at the Charcoal Corral/Silver Lake Drive-In in Perry earlier this year. In my travels it seems rare to see a hardtop Mustang from this generation of Ford’s pony car — so many these days seem to be the SportsRoof (fastback) model. What did Ford have to say about the totally restyled 1969 Mustang Hardtop? “Now longer. Lower. Wider. Roomier. Hotter. Cooler. And more young-spirited than ever.” This one’s sporting the hood scoop and chin spoiler usually seen on the Mach 1.