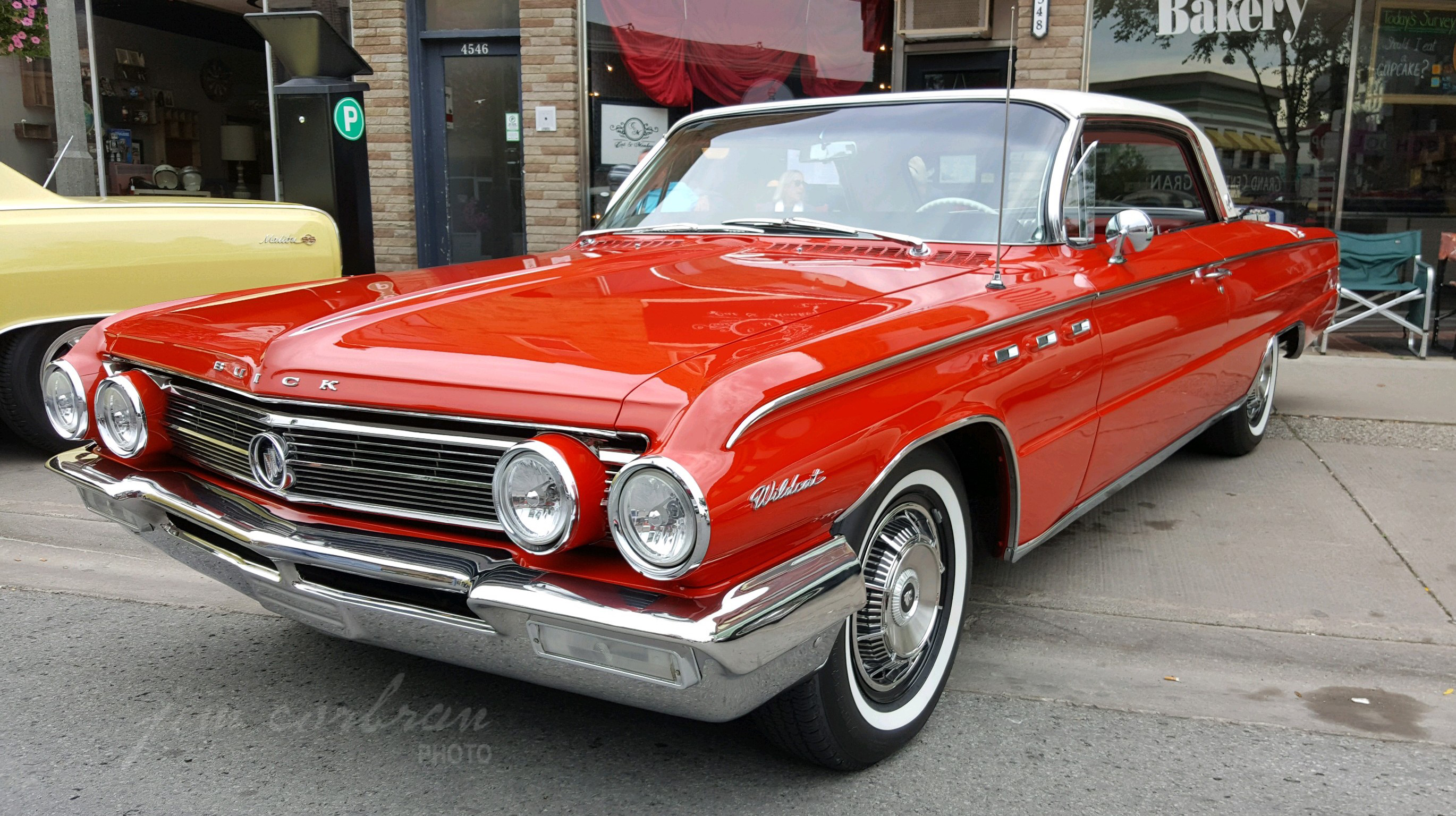 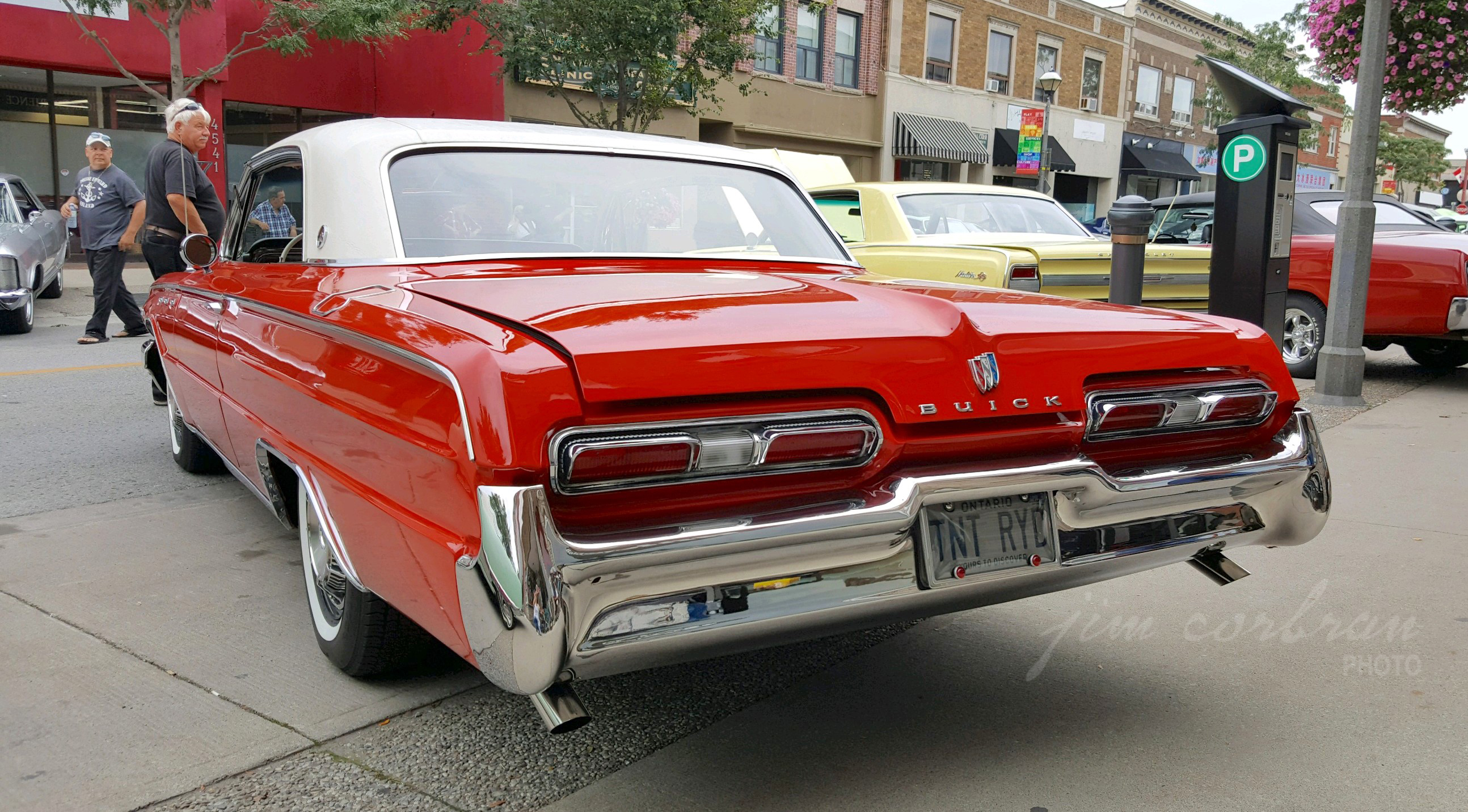 Speaking of cars you rarely see anymore (yes, we were, just yesterday!) here’s a 1962 Buick Wildcat, which we spotted back in 2019 at a Cruising On the Q cruise night on Queen Street in Niagara Falls, Ontario. The Wildcat was a late addition to the 1962 Buick lineup (technically part of the Invicta line) which ads called a “…torrid new luxury sports car!” Perhaps that’s carrying it a bit too far, but with its standard bucket seats, console, tachometer (!), and something Buick called a “Turbine Drive stick shift,” the Wildcat was at least a bit sportier-looking than the other full-size Buicks.