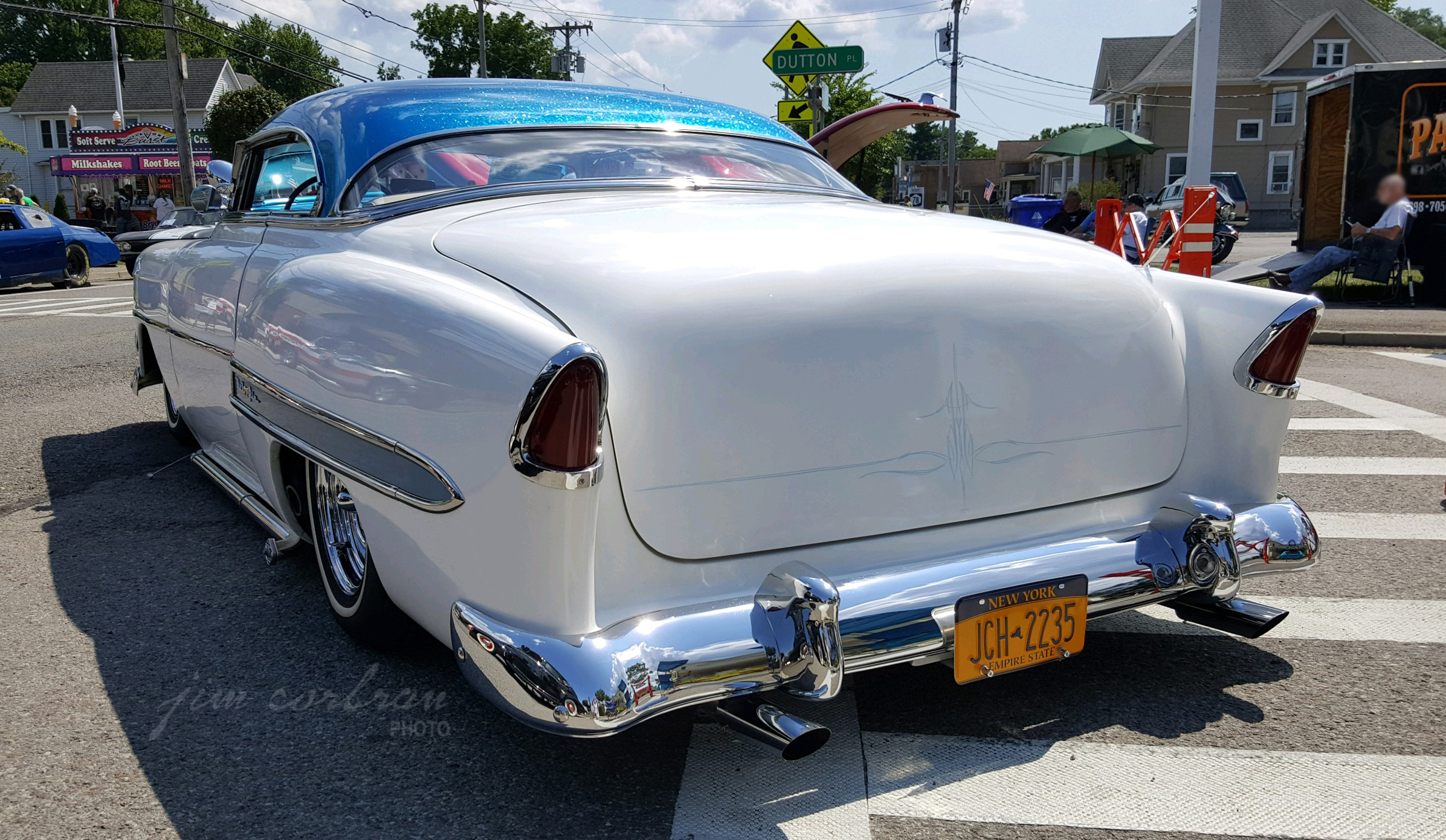 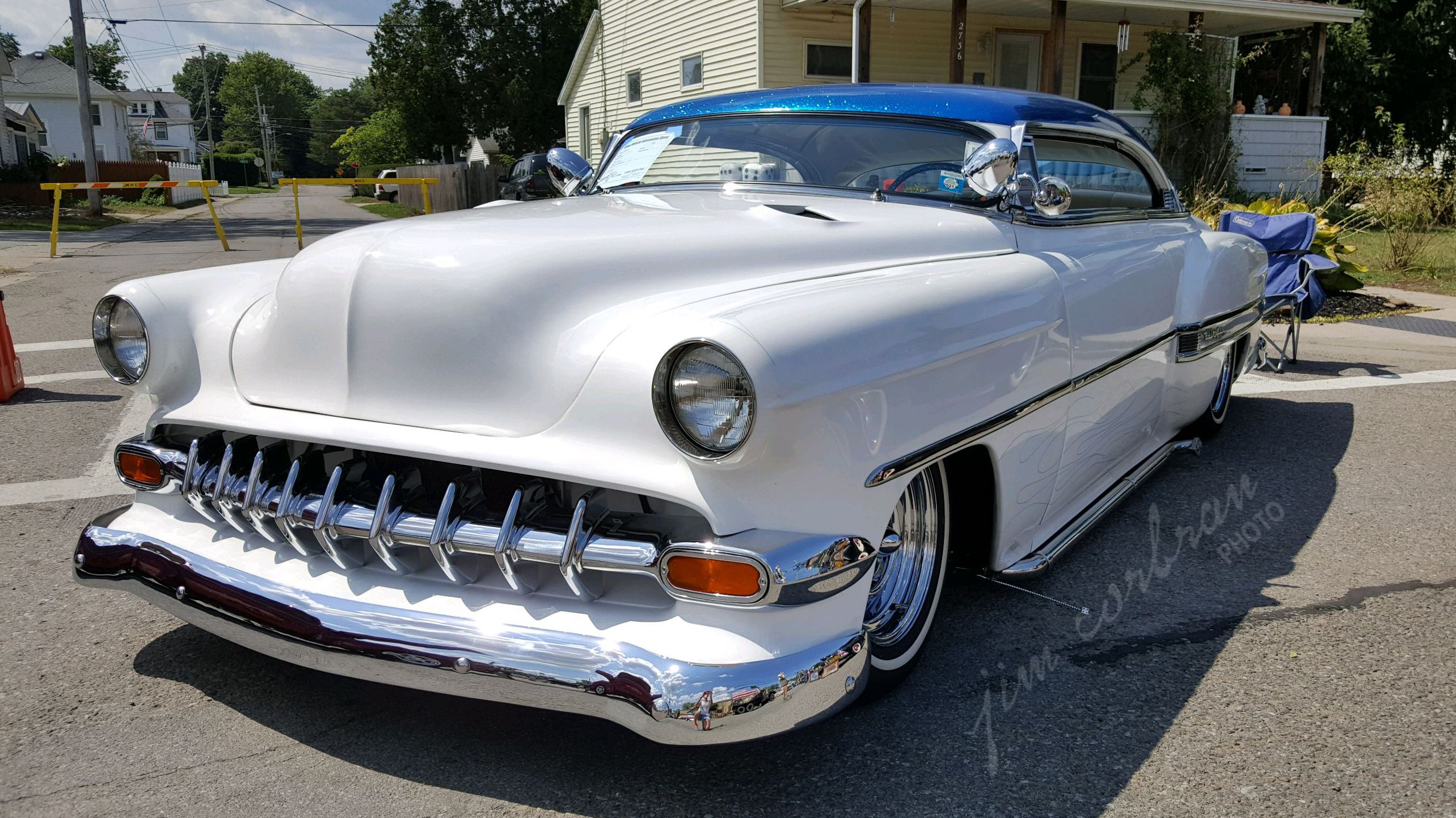 This 1954 Chevy Bel Air finally breaks up the Ford stranglehold on Chopped Tops Week. We saw it a few weeks ago at the Harvest Day Car Show in Newfane. It’s definitely been lowered, while other changes include: a few extra teeth added to the ’54 Chevy grille; a pair of spotlights; lakes pipes; curb feelers (!); shaved door handles; chrome reverse wheels; frenched headlights; metalflake paint on the roof; hood scoops; reshaped grille opening and hood (which has been shaved) — and around back: shaved trunk, and extended rear fenders which have been inset with 1955 Chevy taillights.