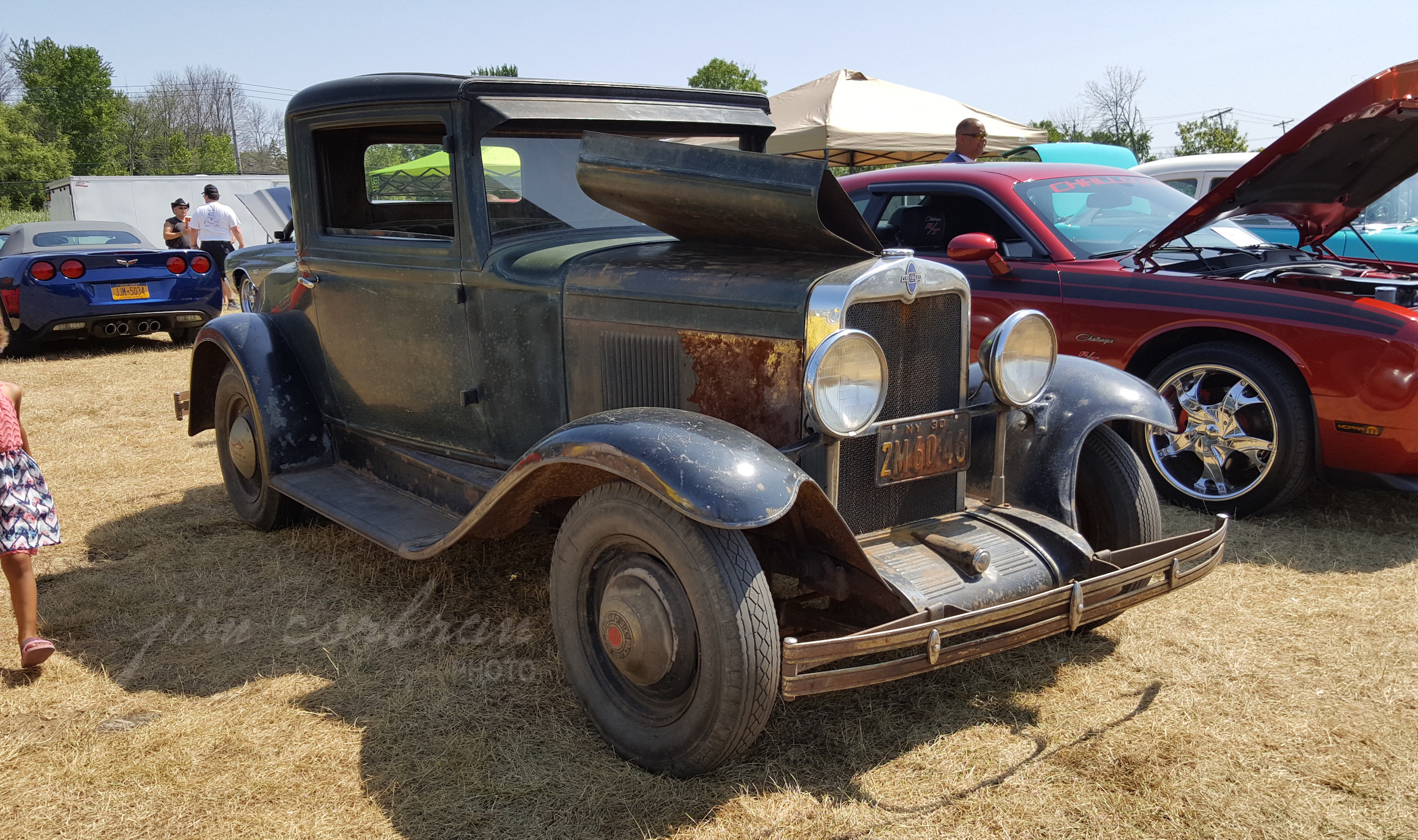 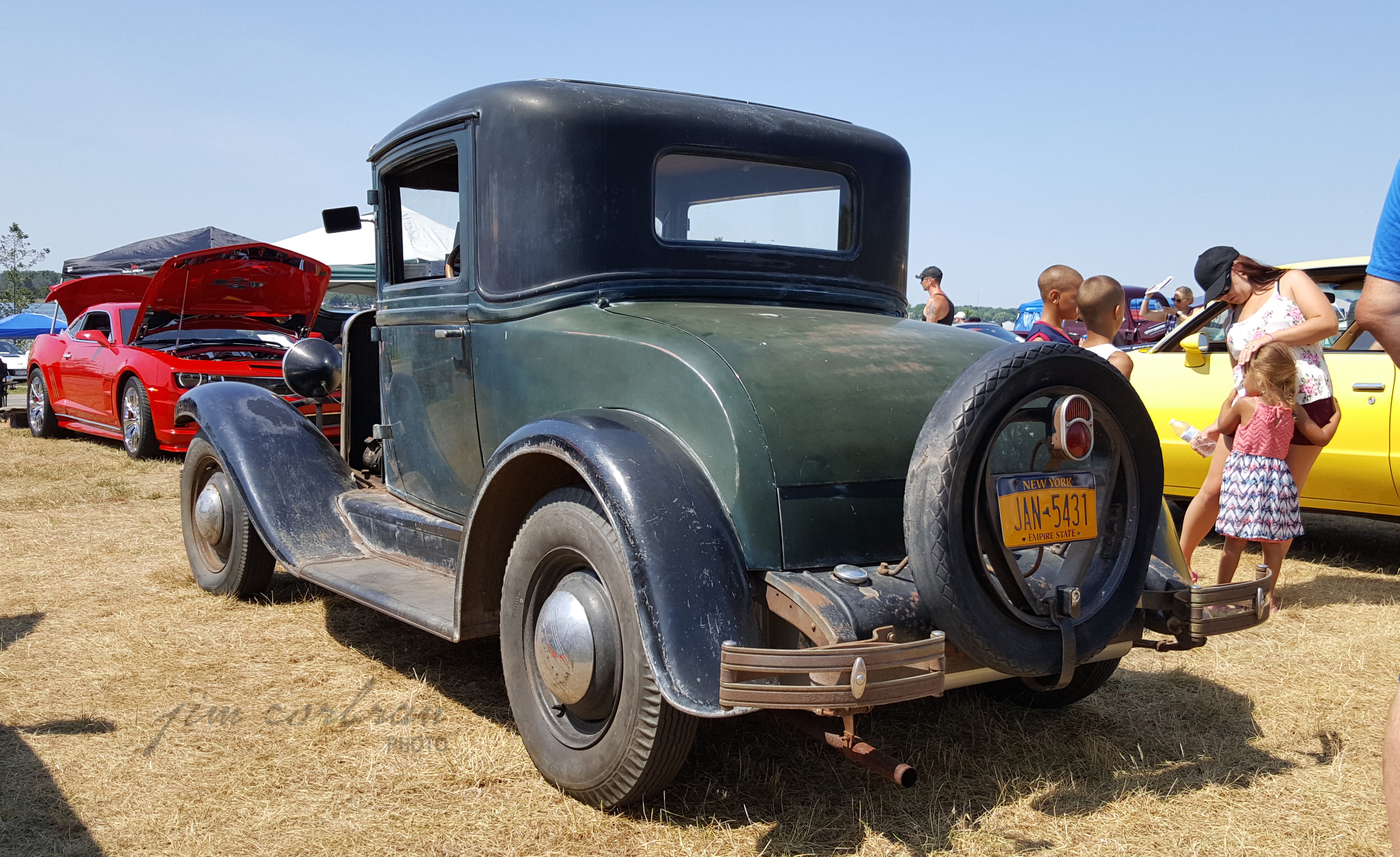 It’s not likely that many RealRides readers were around when this 1930 Chevrolet Coupe was new, so here’s a rundown on the other models offered that year: the Sedan was a six-window four-door closed car, while the Club Sedan was a four-windowed version; the Coach was a two-door sedan with room for five while today’s RealRide, the Coupe, was called in the brochure “…the most distinctive two-passenger enclosed car that Chevrolet has ever offered.” The Sport Coupe was the same body style, but with a rumble seat and wire wheels. The open cars were: the two-passenger Roadster; the Sport Roadster, again with a rumble seat and wire wheels; and the four-door, five-passenger Phaeton. Pricing for the 1930 Chevys started at $495 for the Roadster and the Phaeton, and went up to $675 for the Sedan. We came across today’s feature car at a car show in Gratwick Park during the 2019 Hydroplane Races on the Niagara River in North Tonawanda.