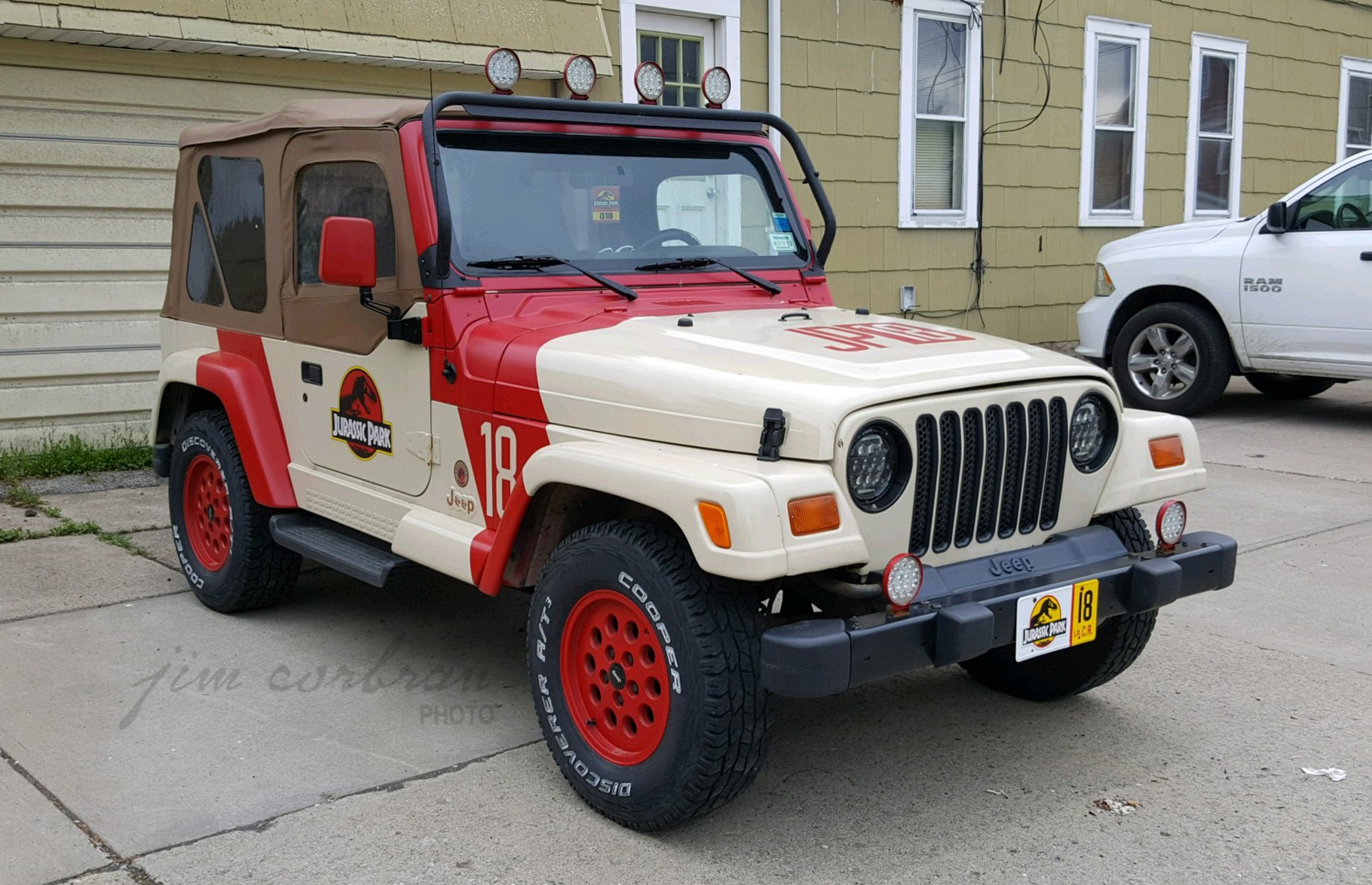 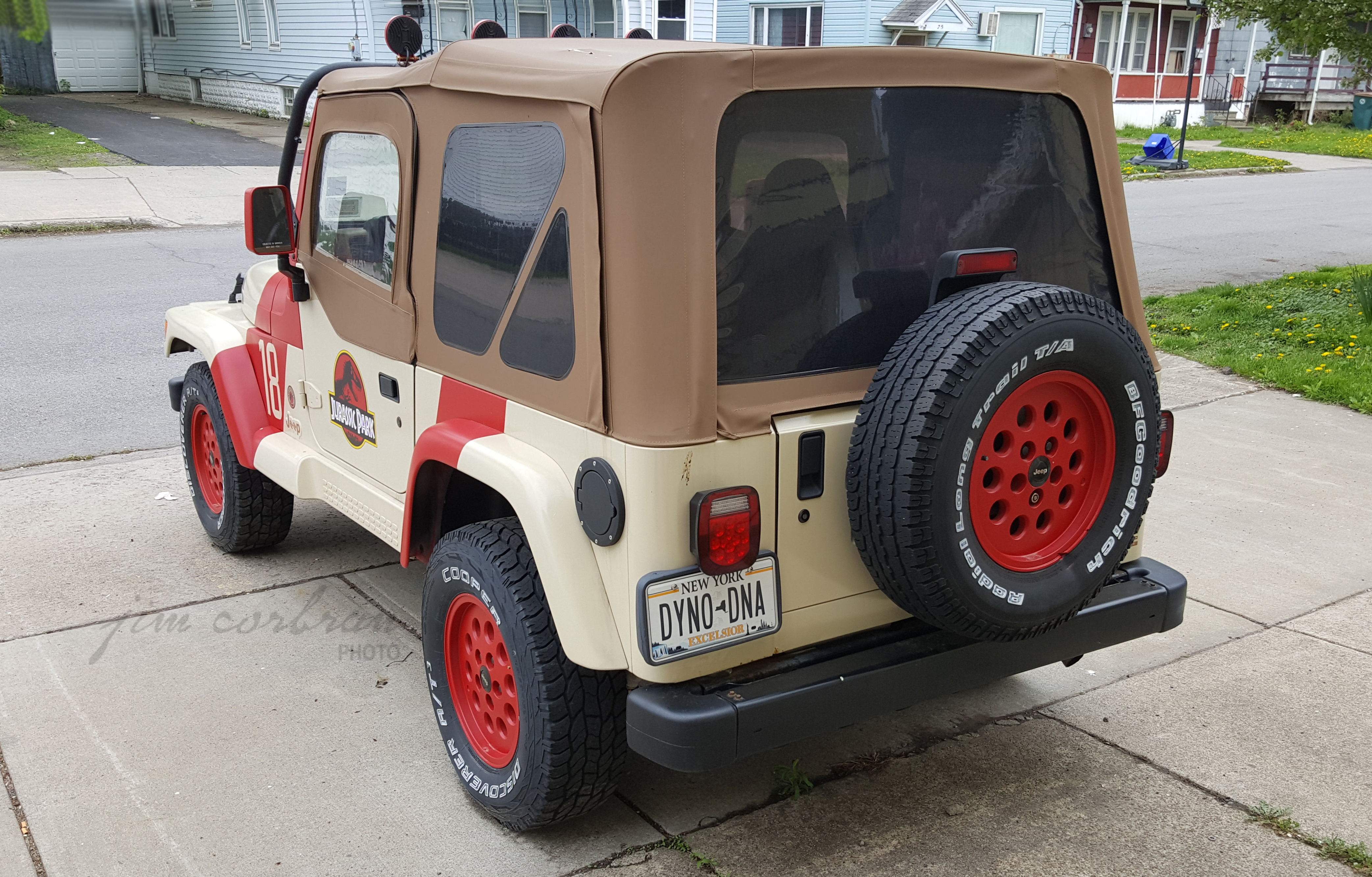 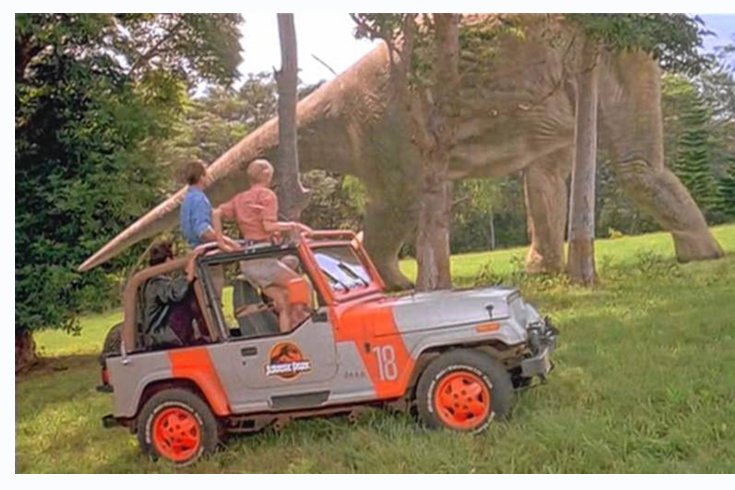 Did a double-take when I saw this 1998 Jeep Wrangler in a North Tonawanda driveway a couple of months ago. It is, of course, a replica of one of the Jeeps used in the 1993 movie Jurassic Park. A little digging on the internet turned up the fact that the Jeeps used in the movie were (obviously) not 1998 models, but were in fact 1992 Jeep Wrangler Saharas (inset), the generation of Jeeps which had (horrors!) rectangular headlights, and they were painted a slightly different hue called Sand Beige (this one looks like it might be the 1998 color called Light Driftwood). Further digging turned up a complete guide for converting your own Jeep Wrangler into a vehicle from the Jurassic Park motor pool. I’ve added one of the pages below. 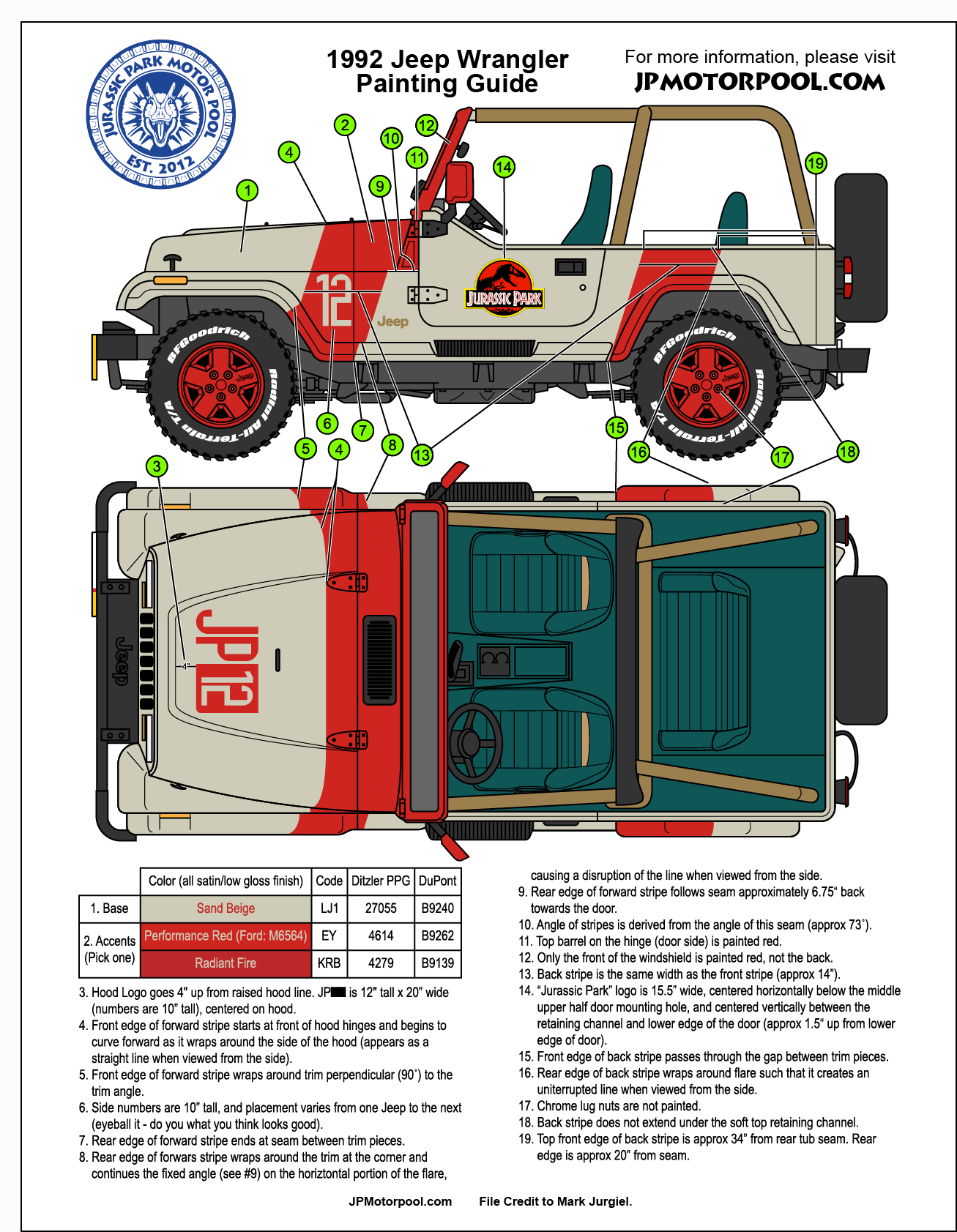