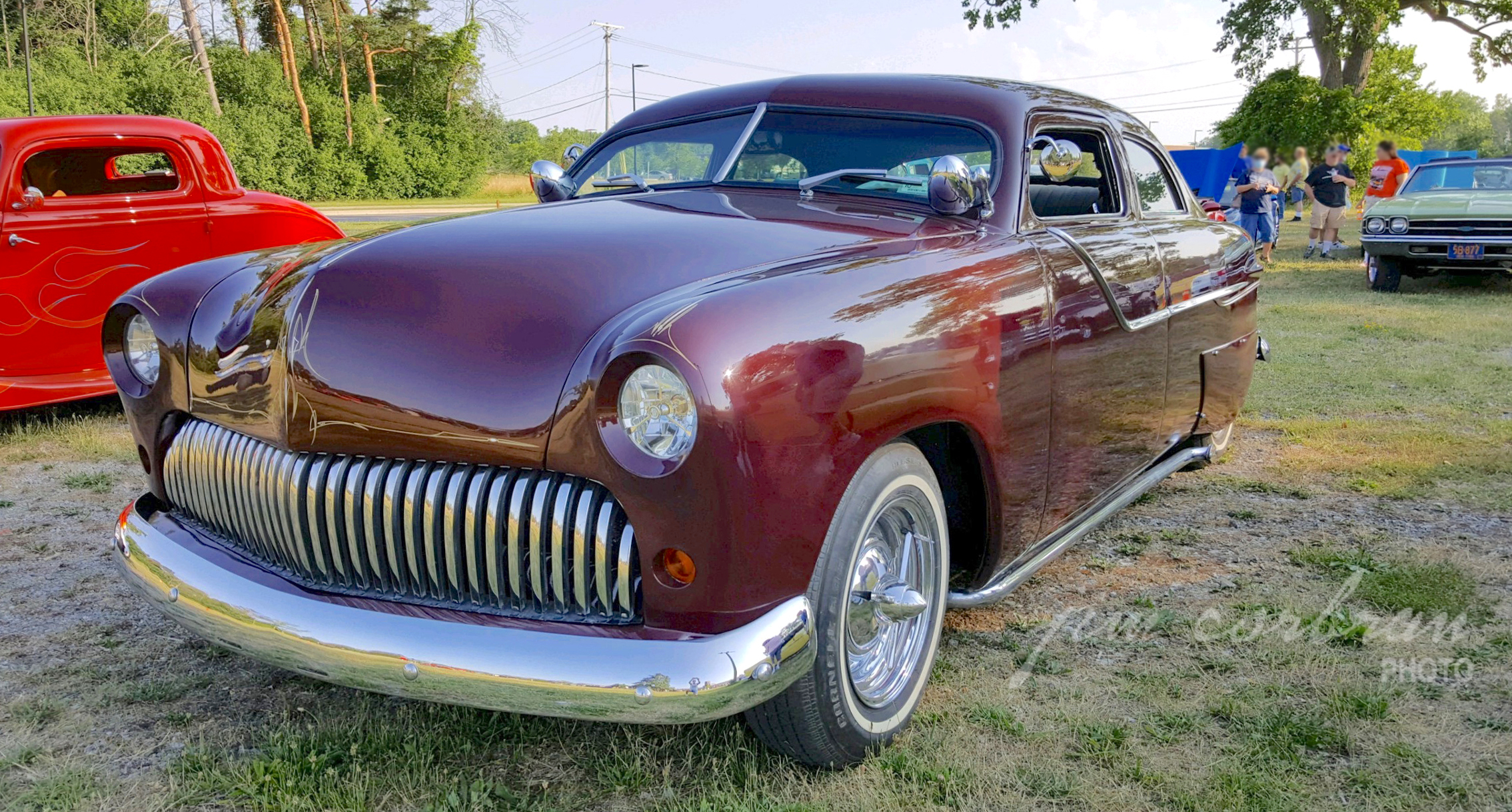 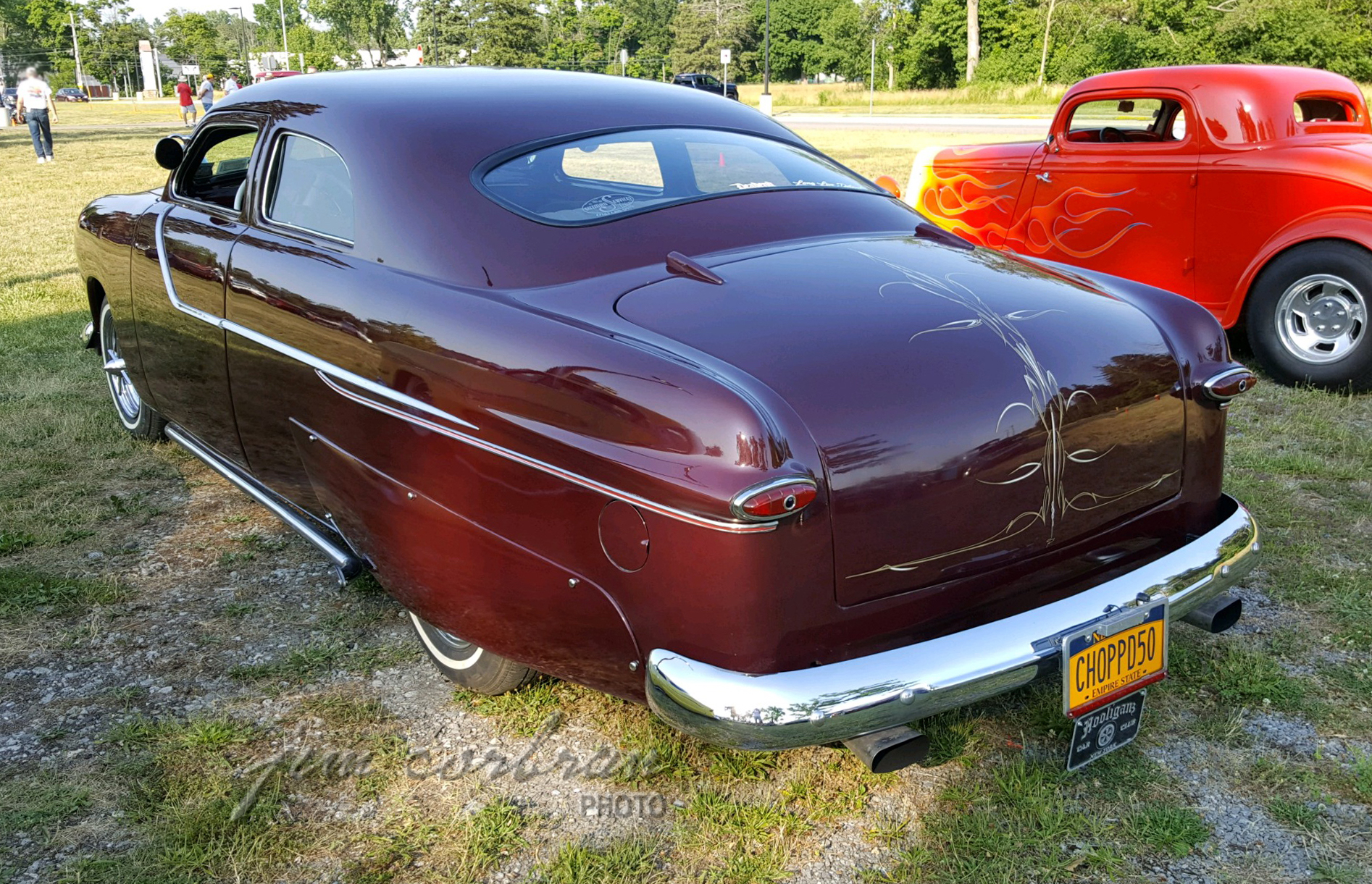 The Shoebox Ford of 1949-51 seems to be very popular subject for the topic of Chopped Top Week, so here’s one more to close it out. We are a bit confused though, as to its lineage. As you can probably see, its vanity plate reads CHOPPD50, so we never checked the reg sticker on the windshield. Later, when going over the photos, we wondered if it’s a ’50, or is it a ’49? (Was CHOPPD49 already taken?) The gas filler location is what got us wondering. The 1949 Fords still had an exposed screw-on gas cap located just below the taillight extension on the rear fender; for 1950, Ford moved the gas filler above the taillight bulge, and concealed it behind a square-shaped hinged door (see the illustration at the bottom of the page). So, did this restyle include changing the shape of the door and moving it down, or is it a ’49 with a custom-made door in place of the exposed cap? Other mods: frenched headlights/parking lights; modified grille opening with (?) '54 Buick teeth; chrome wheels; spotlights; lakes pipes; cruiser skirts; shaved trunk; ’53 Olds Ninety-Eight side trim (we're guessing on that one); and, one of our favorites — Blue Dot taillights! Saw this one early this past summer at a cruise night at the Wurlitzer Building in North Tonawanda. 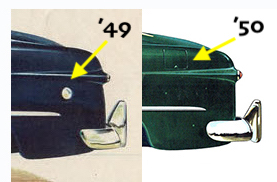