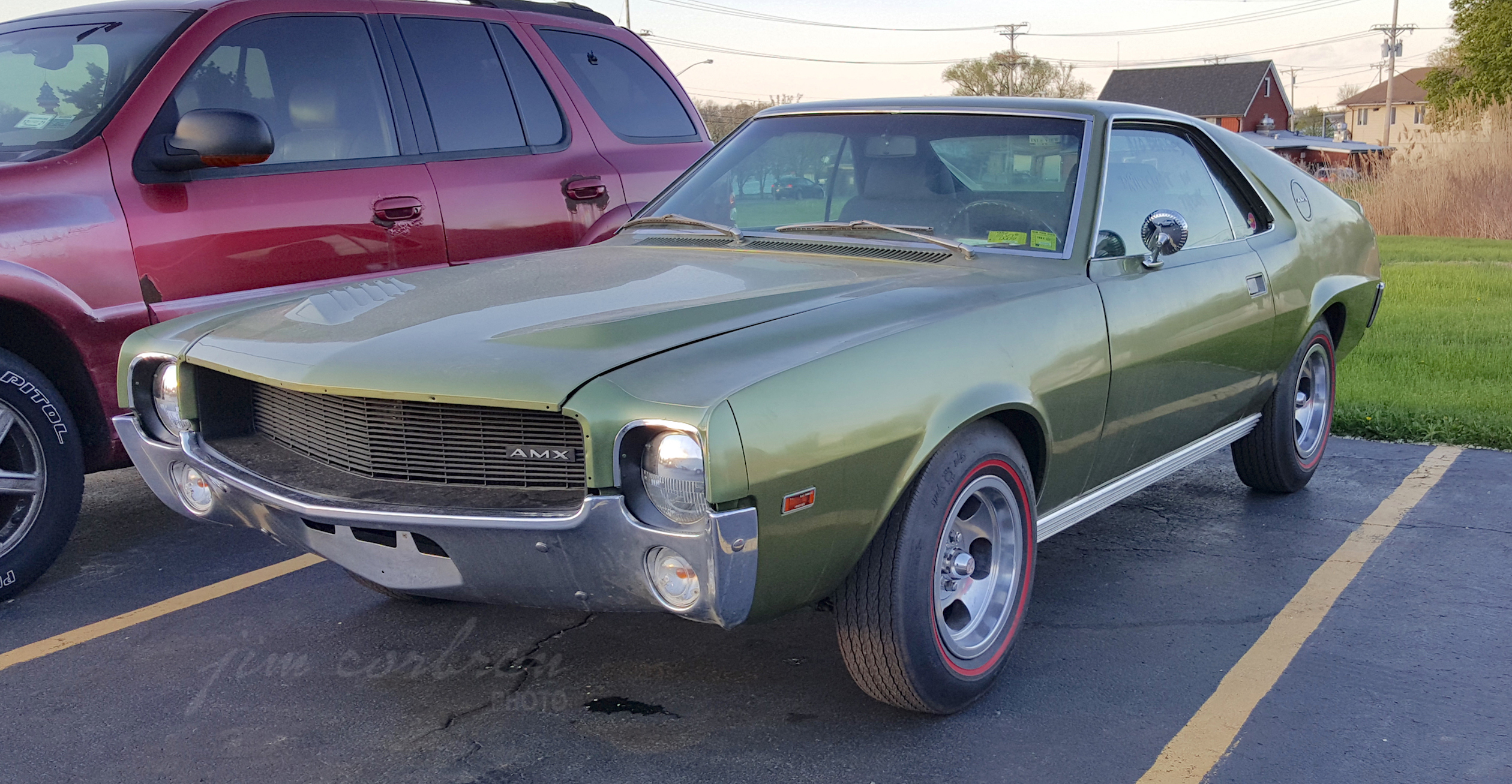 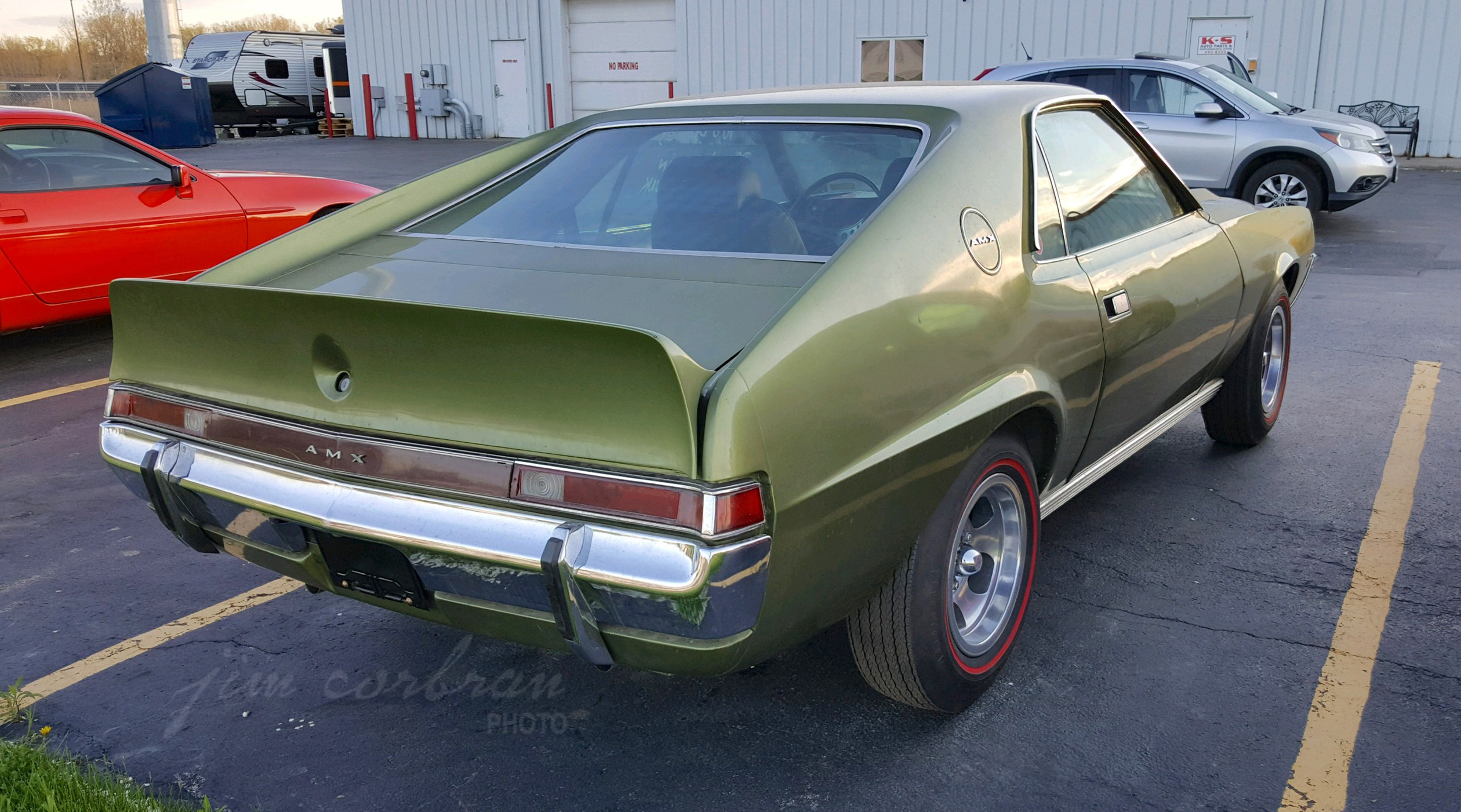 Five years into the pony car race, American Motors galloped in with its sleek-looking Javelin coupe, a more-than-able competitor in a crowded genre which had only existed since MY 1964. Halfway through the model year, this 1968 AMC AMX appeared in showrooms — basically a shortened Javelin two-seater with no real direct American competition (having only two seats didn’t really make it a competitor to the Corvette, IMO). With a starting MSRP of $3,297, one print ad called it “The first American sports car for under $3,500 since 1957.” (The ’57 Corvette was listed at $3,465.) Not every car could look presentable with a foot or so removed from the center of its body, but the AMC styling department, led by Dick Teague (who was also responsible for lopping the back end off of the Hornet and turning it into the Gremlin), pulled it off admirably. This Willow Green example was seen this past spring in Tonawanda.