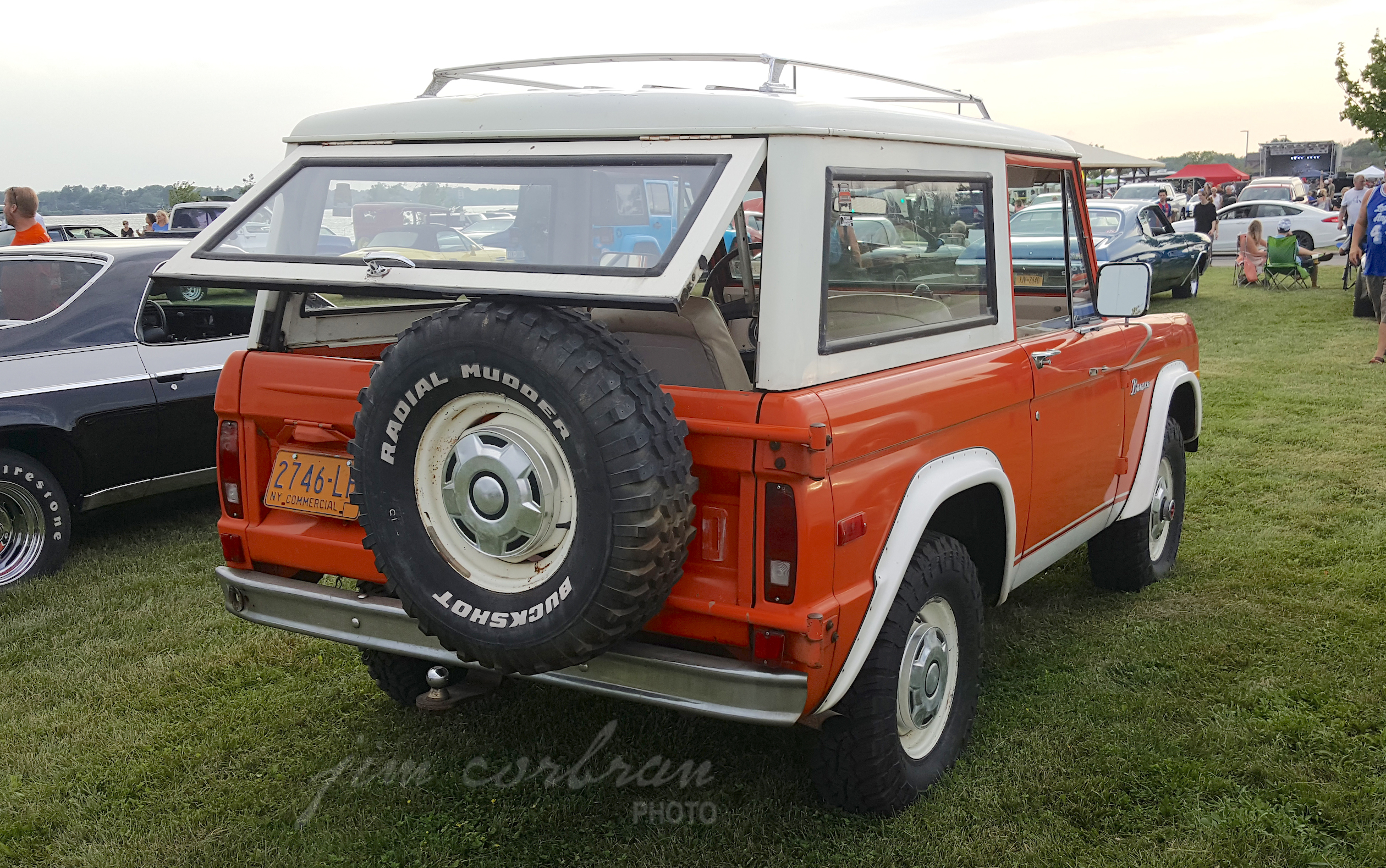 This 1976 Ford Bronco, in the tenth year of its first generation, represents Ford’s answer to the Jeep. Introduced for MY 1966, the Bronco remained visually unchanged until the much larger, F-150-based version debuted for MY 1978. The first-gen Bronco was offered in three body styles: Wagon (like today’s RealRide), Sports Utility (a pickup with a removable top), and Roadster (with a fold-flat windshield). They all had a 170cid straight six connected to a three-on-the-tree. A V8 would be offered for MY 1967, but an automatic transmission wouldn’t come along until MY 1973 — and then only with the optional 302cid V8. The shift lever on this one looks like an automatic, and we saw it last month at a Thursday night cruise in Gratwick Park in North Tonawanda.