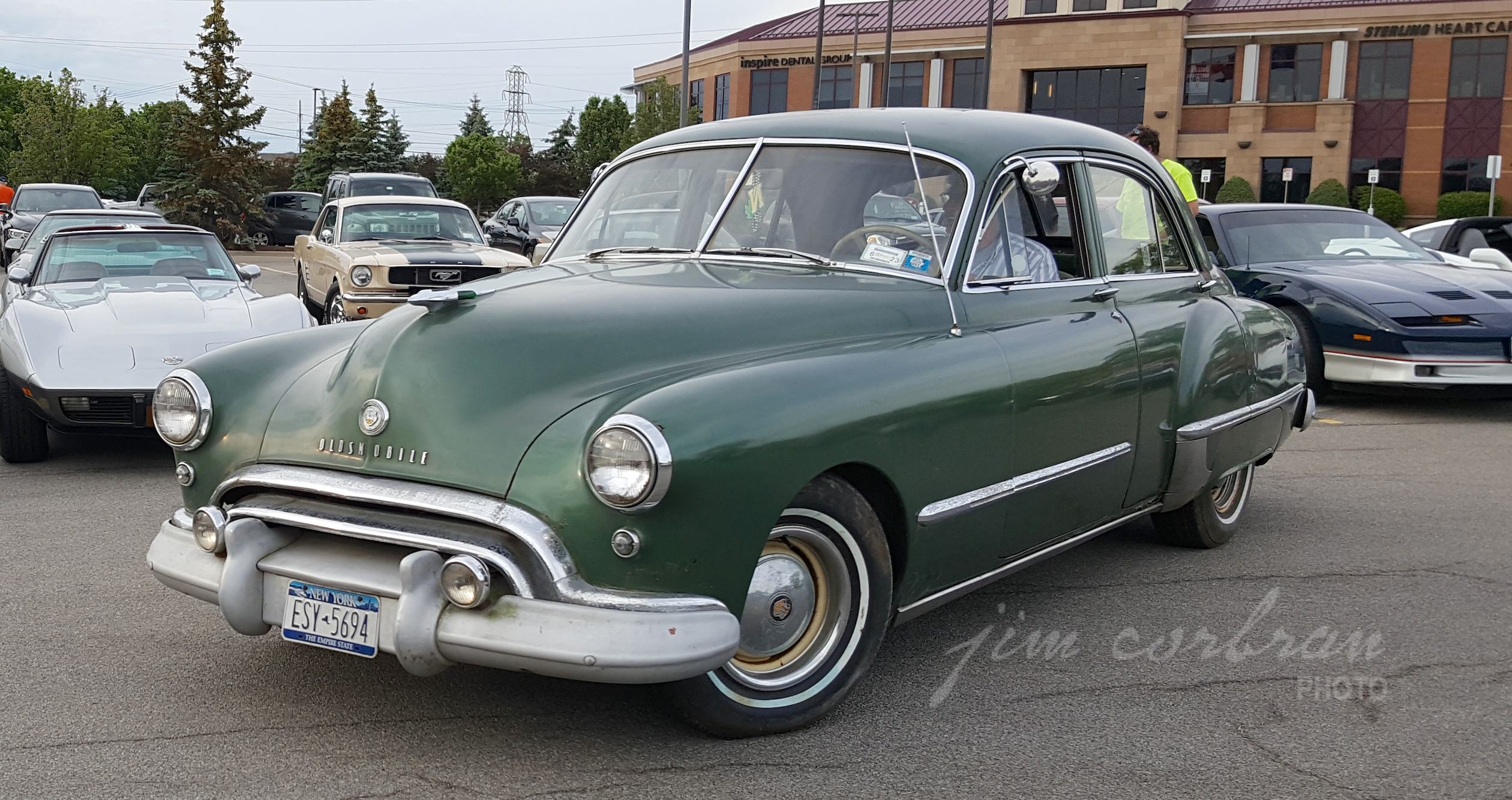 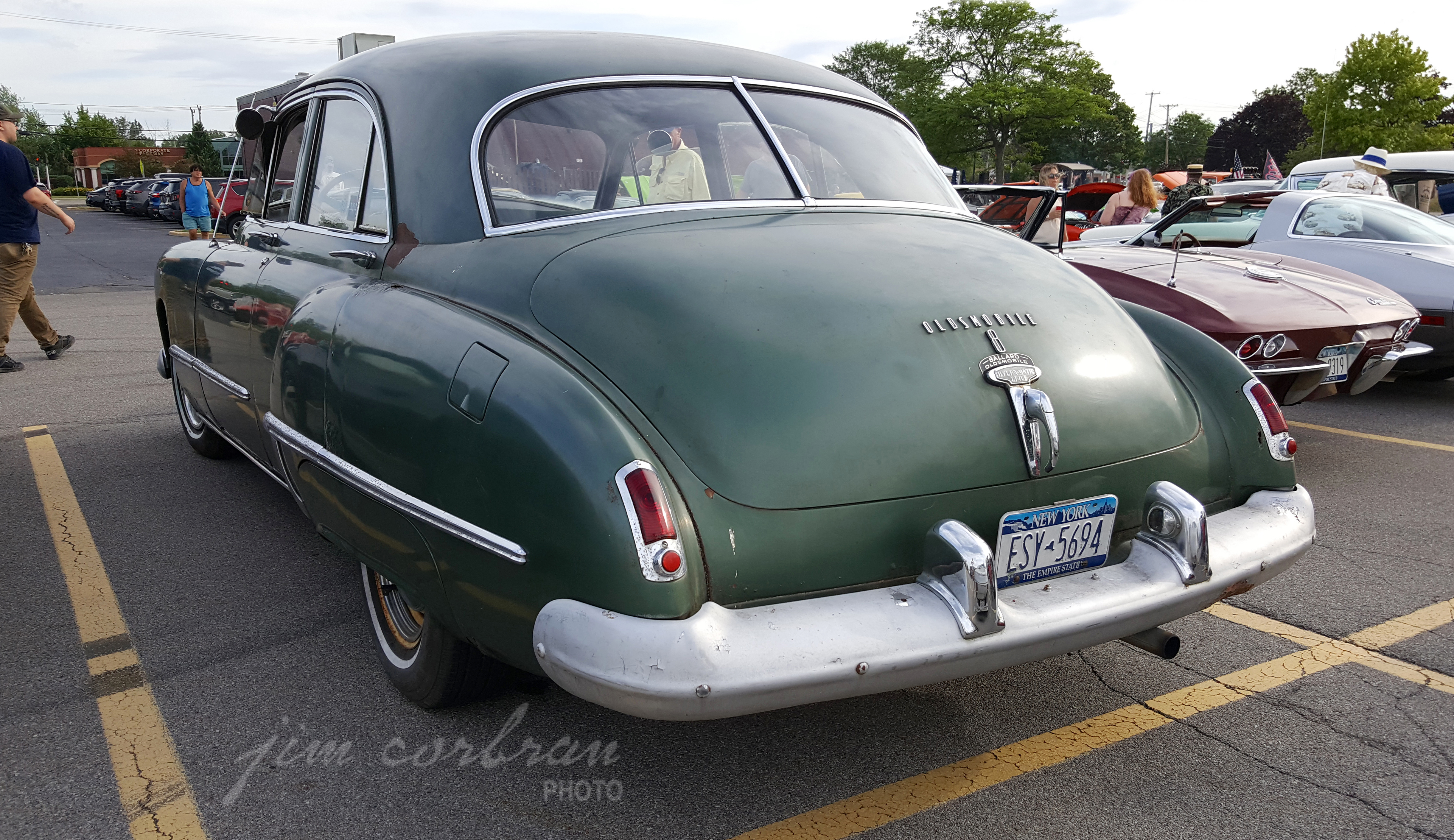 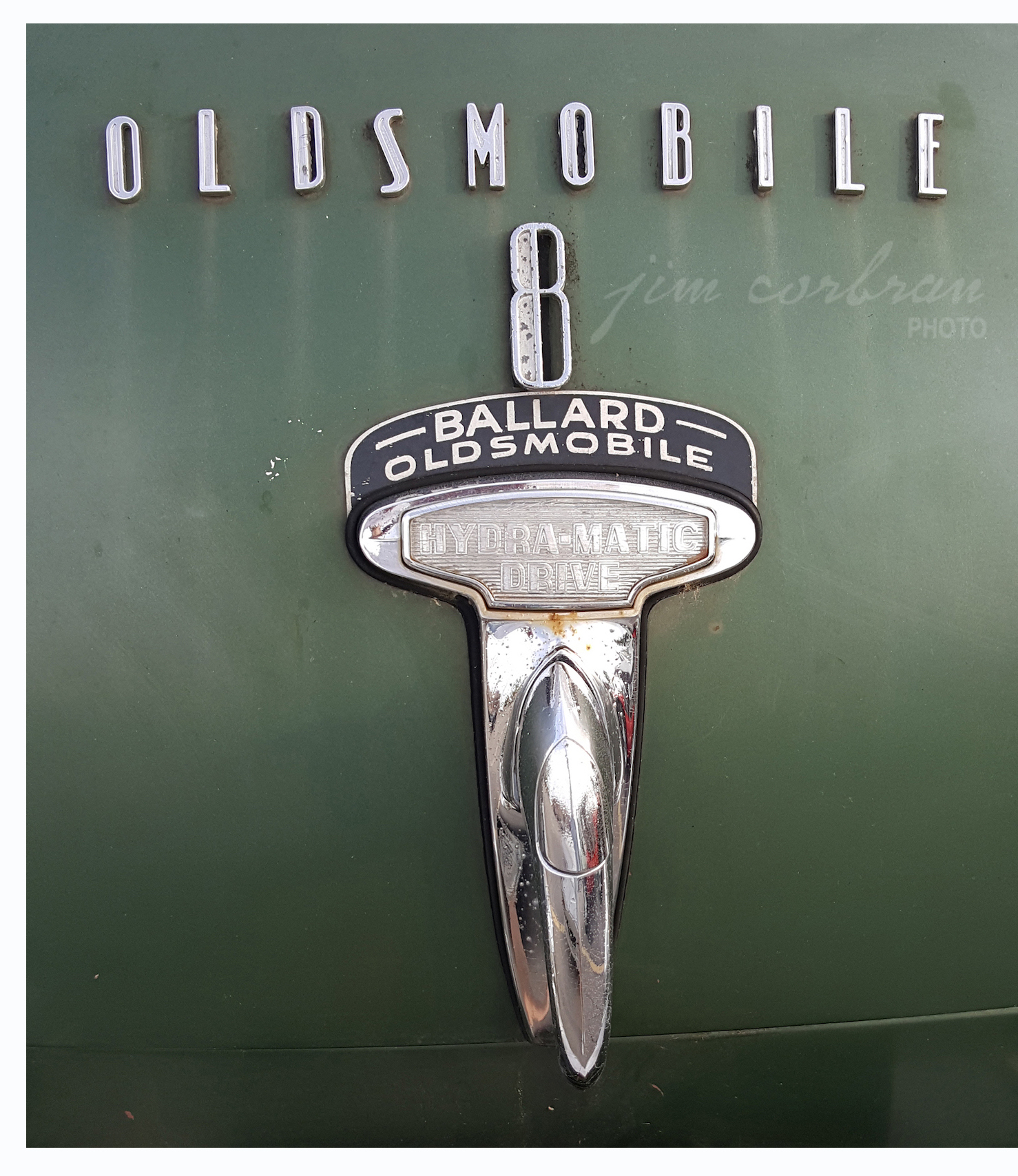 The brochure proclaimed this 1948 Oldsmobile Series 98 to be “The Fulfillment of the Futuramic Idea.” It also told us that it was “…a car that marks a milestone in automotive history—a car specially designed to commemorate the Golden Anniversary of America’s oldest car manufacturer.” Although it sounds (IMO) rather Orwellian, Olds offers us an explanation of the term “Futuramic” in the blurb pictured below. The post-war Oldses were certainly attractive, but I’m not getting any more of a “bold new trend” here than I did from the other GM makes of the day. We can see from the photo below of the dealer badge on the back, that it was bought from Ballard Bros. Oldsmobile, “Erie County’s Oldest Oldsmobile Dealer,” located at the time (according to an ad we found in the January 29, 1947 edition of Lackawanna’s Steel City Press) at 2600 South Park Avenue, which is across from the Botanical Gardens. We found today’s RealRide last month at a weekly cruise night at the Anchor Bar in Amherst. 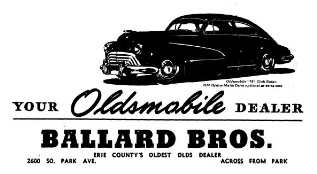