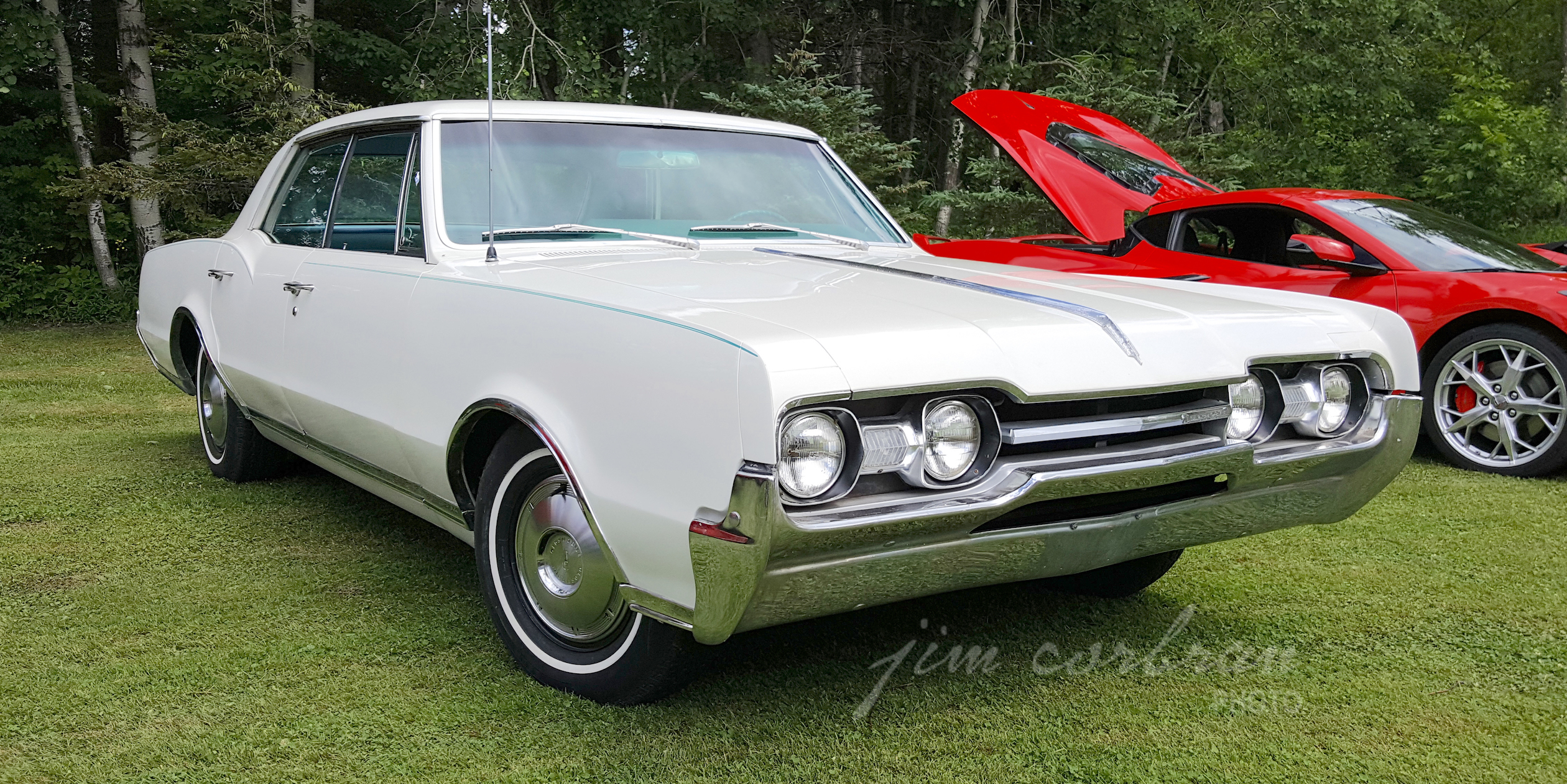 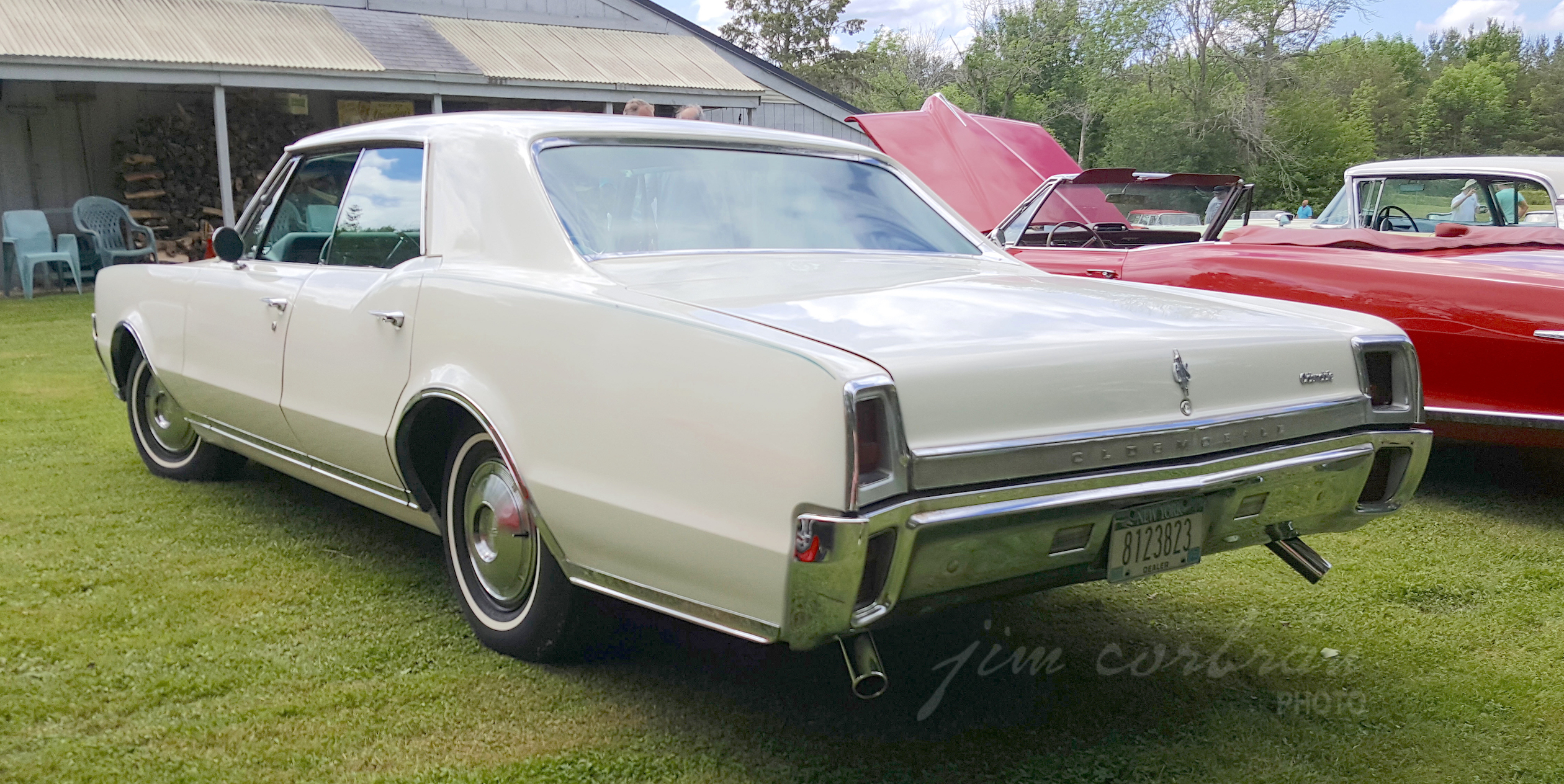 From the front especially, this 1967 Oldsmobile Cutlass Supreme Holiday Sedan has a resemblance to a full-size Olds which is unmistakable. The Cutlass Supreme was a new nameplate for MY 1967. Consisting of two- and four-door pillared coupes and hardtops, as well as a convertible, Olds called the new Cutlass Supremes “..a whole new quartet of pizzazzier-than-ever ’67 models.” Quartet? Hmm, I count five body styles (double-checking the brochure shows that indeed, there were the five which I listed above — a quintet). We came upon this rarely seen body style back in June at a gathering of Edsel owners and friends in West Falls. It was brought by an Orchard Park dealer who mentioned that it was for sale.