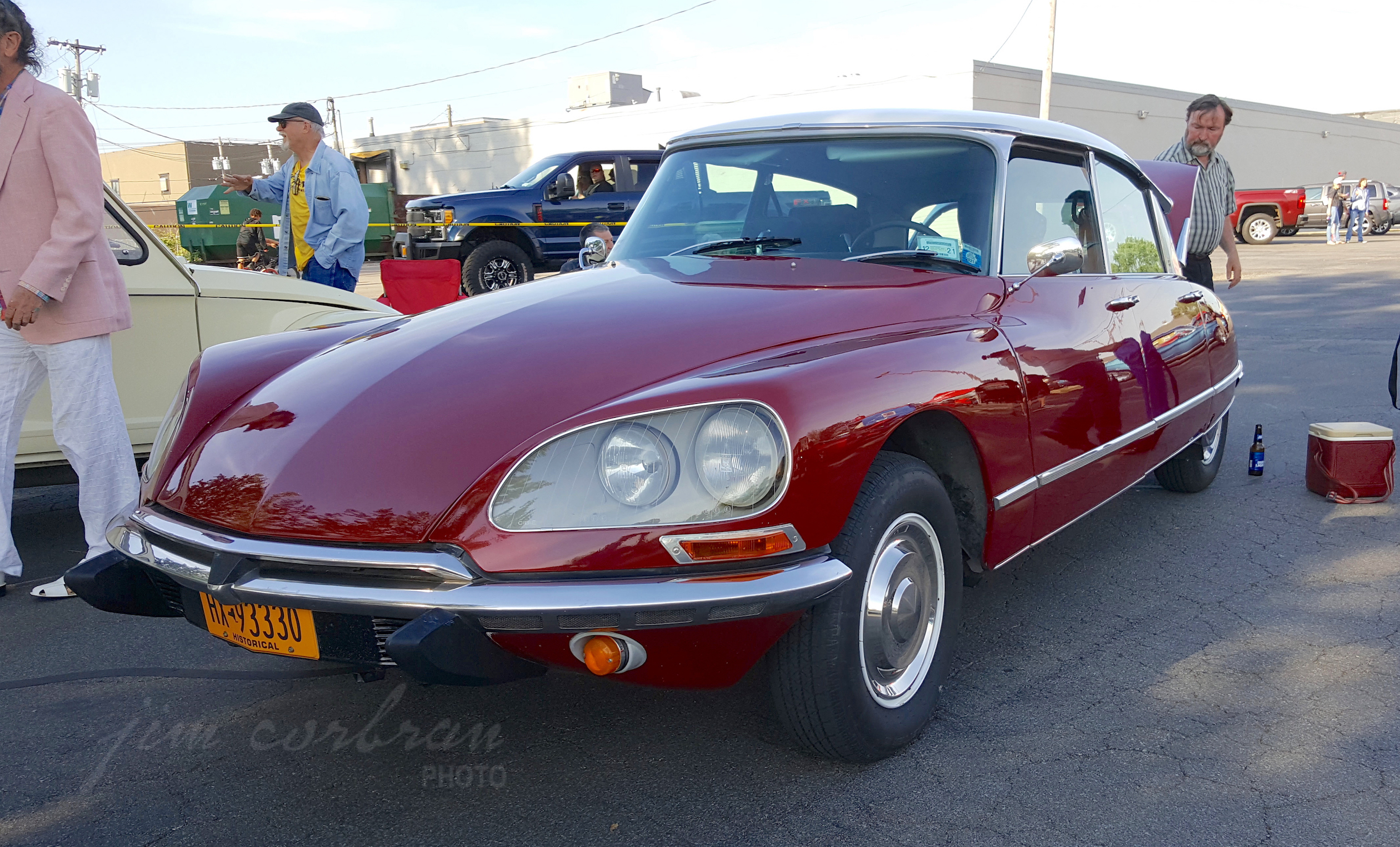 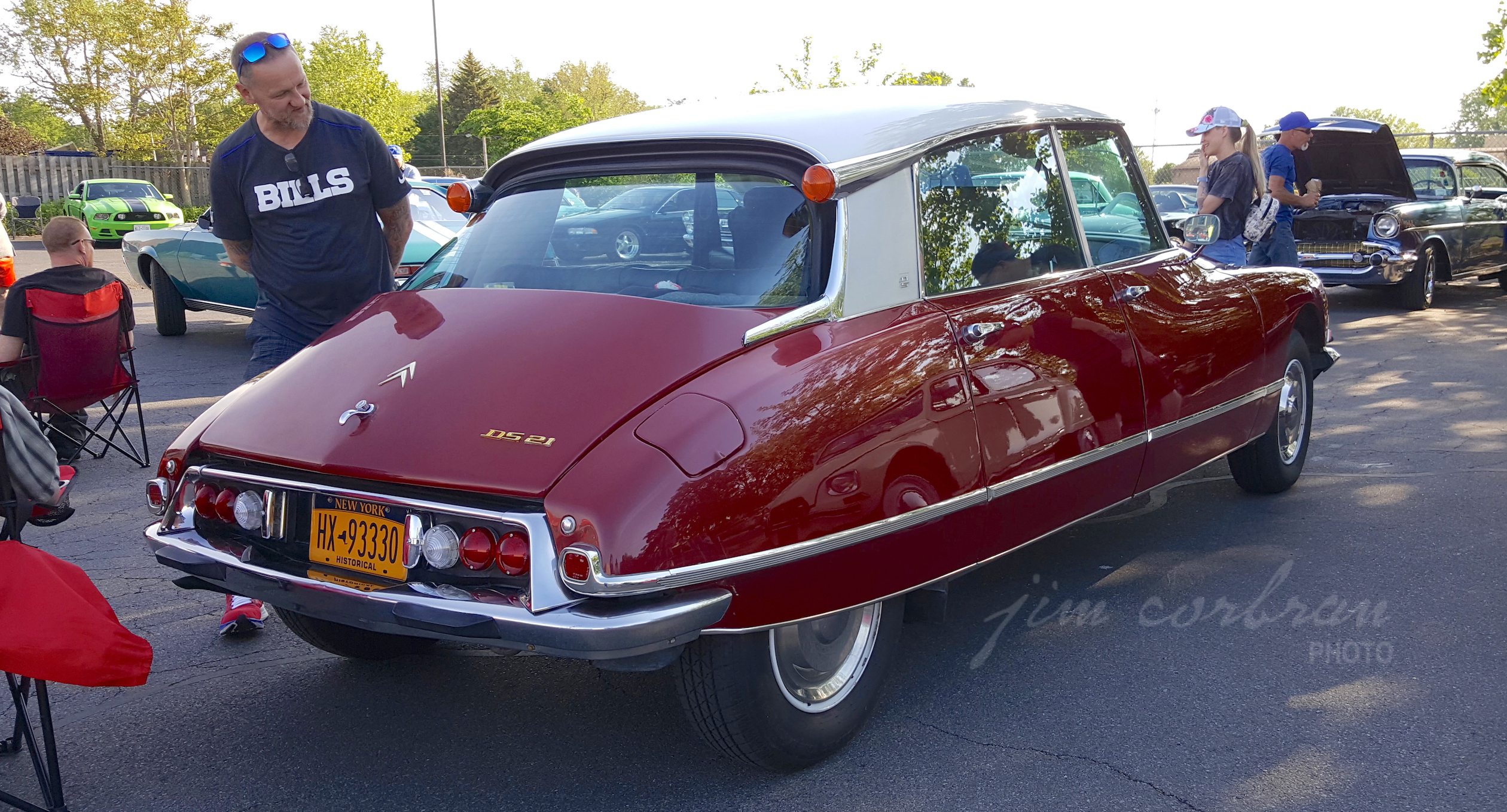 South Buffalo
is not often mistaken for Gay Paree, but for one evening in a parking lot on South Park Avenue this 1969 Citroën DS 21 shared space with another quirky Gallic sedan (more on that one in the weeks to come). The occasion was a monthly cruise night in the local Rite Aid lot. The DS 21 was a front-engine, front-wheel-drive sedan which debuted back in 1955 as the DS 19. Two years later a less expensive version, the ID 19, was introduced. One of the features that set the Citroën apart from other makes was its single-spoke steering wheel (photo below is of a 1959 model). Another was its pneumatic suspension, which was designed to keep the car level no matter what load it was carrying (and it could be raised or lowered via an interior-mounted control lever while you were in motion). The aerodynamic styling of course, goes without saying, especially when you compare it to the other cars on offer when this one debuted. C’est magnifique! 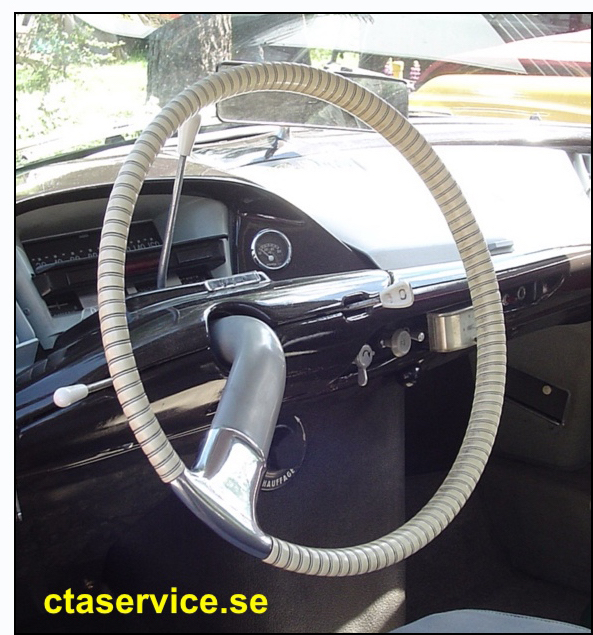