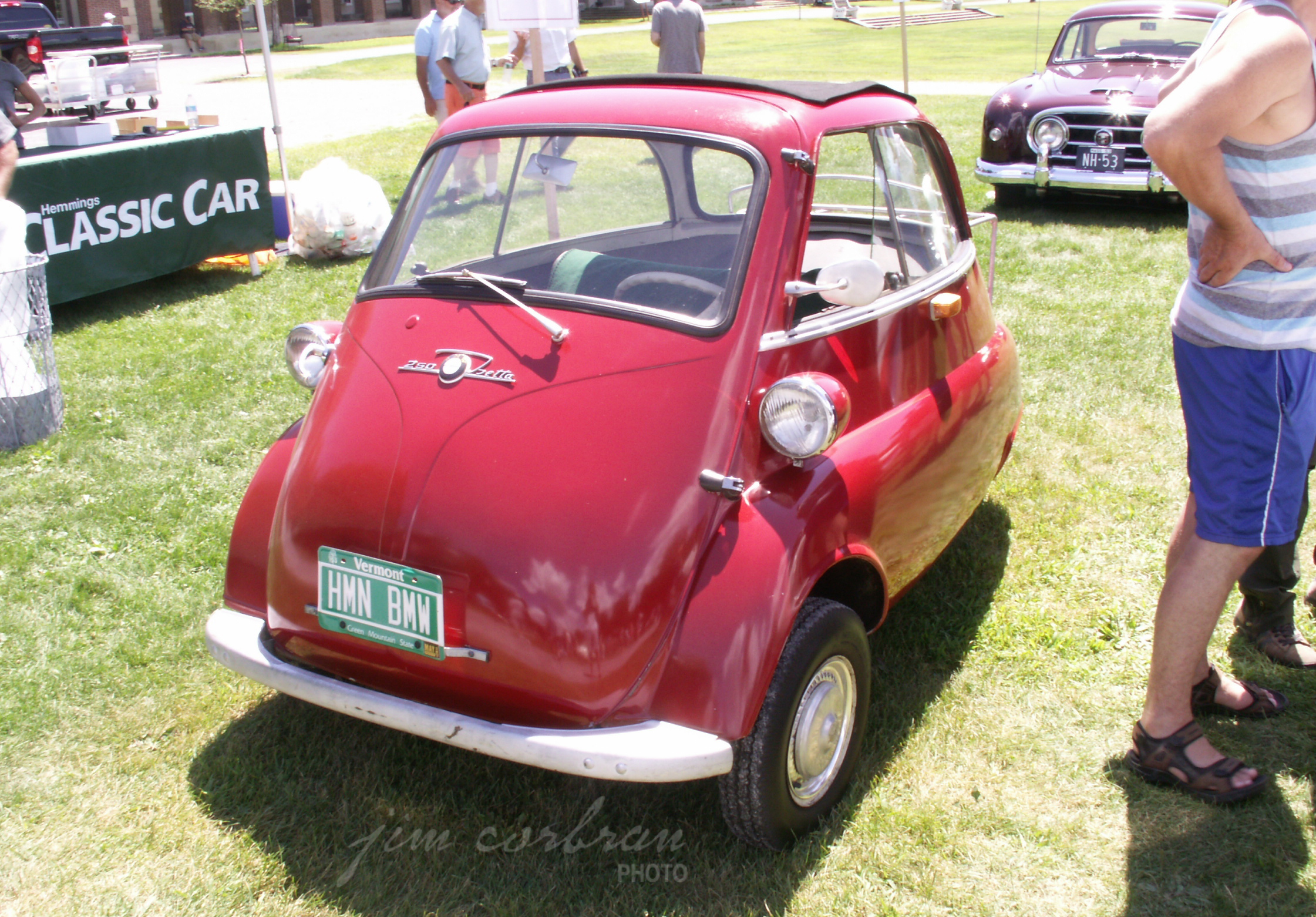 If you’re wondering about the vanity plate on this 1959 BMW Isetta 250, it probably comes from residing in the Hemmings Motor News Filling Station and Museum in Bennington, Vermont. We came across it a few years ago at the Hemmings Sports & Exotic Car Show in Saratoga Springs, New York, which is just a (l-o-n-g) stone’s throw from Bennington. The 250 in the Isetta’s name refers to the engine size — 250 cc, which generated all of 12 hp. Yes, it was a modified BMW motorcycle engine. Come to think of it, the Isetta isn’t much more than a modified motorcycle!