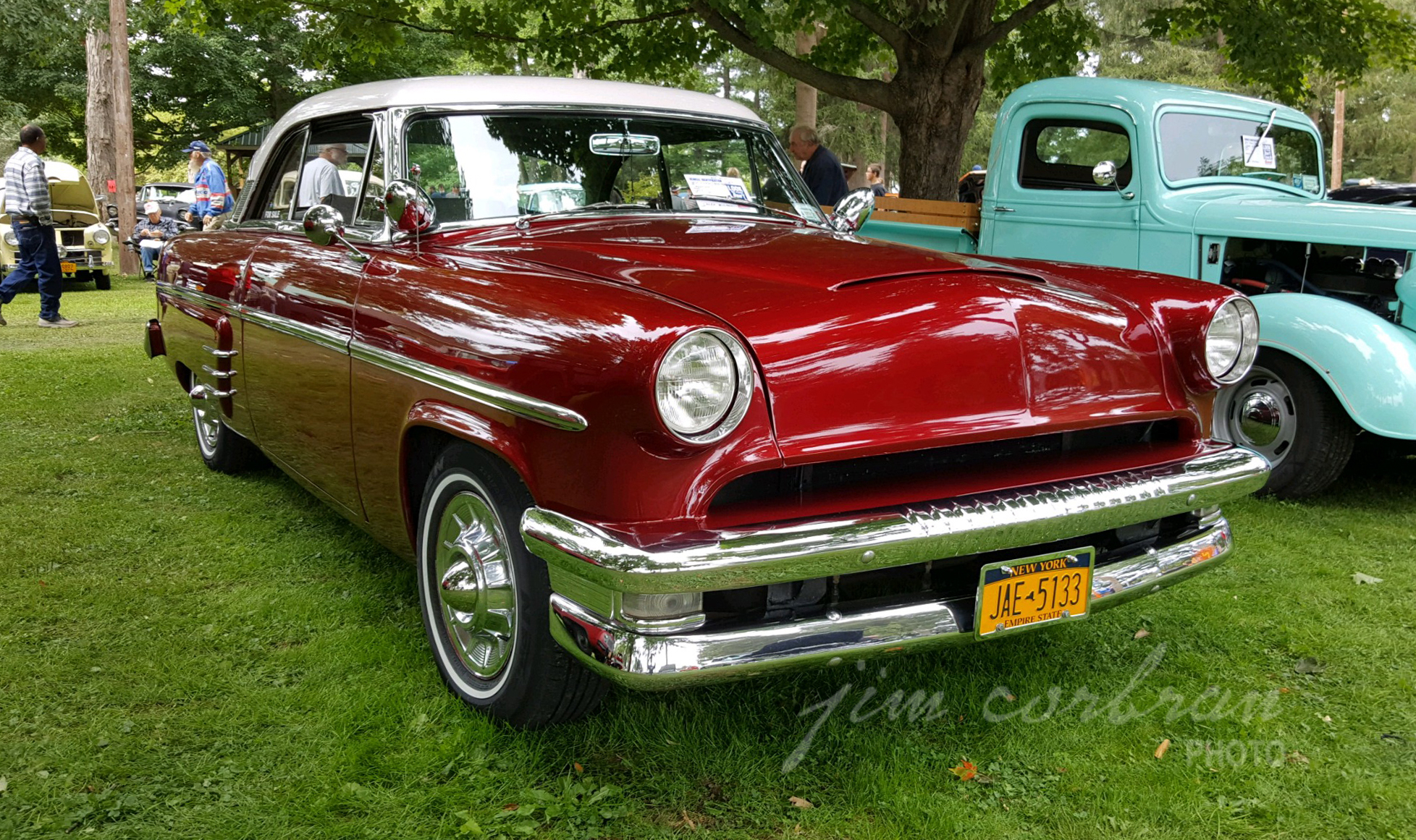 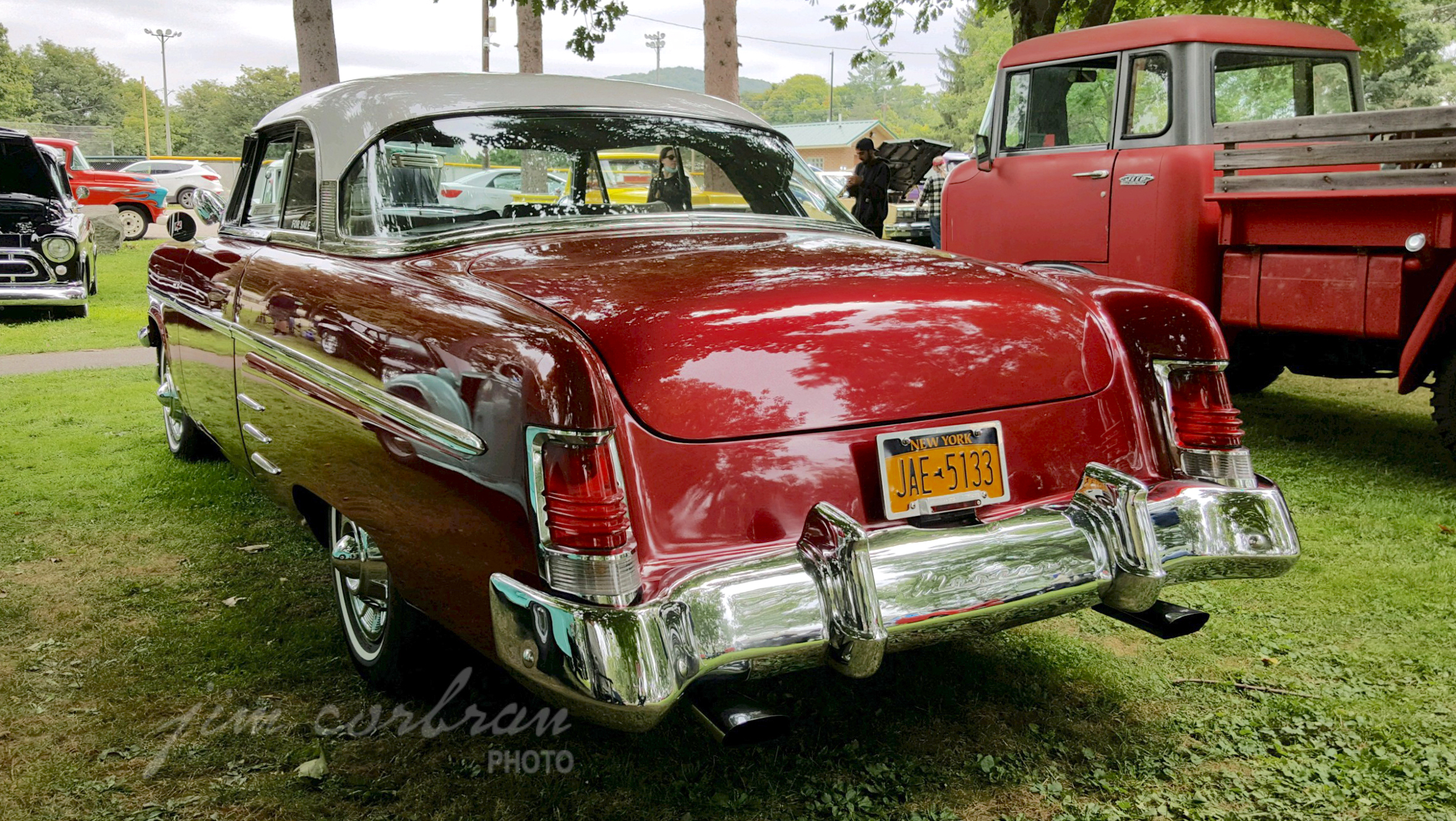 This 1954 Mercury Custom sport coupe features a few mild custom touches which set it off from its showroom stock kin. The headlights look to have been tunneled; the black paint on the front bumper, which gave it the illusion of having “teeth,” has been removed; the trim on the hood scoop, as well as that around the top of the grille cavity, has also been deleted along with the bumper guards; while out back all of the chrome trim (including the trunk lock) has been removed. Overall it presents a much cleaner look than the stock version (seen below on a Monterey which graced the brochure cover). That front end also now shows just how much the Merc was based on the Ford. We saw this one last year in Wellsville at a car show in Island Park. 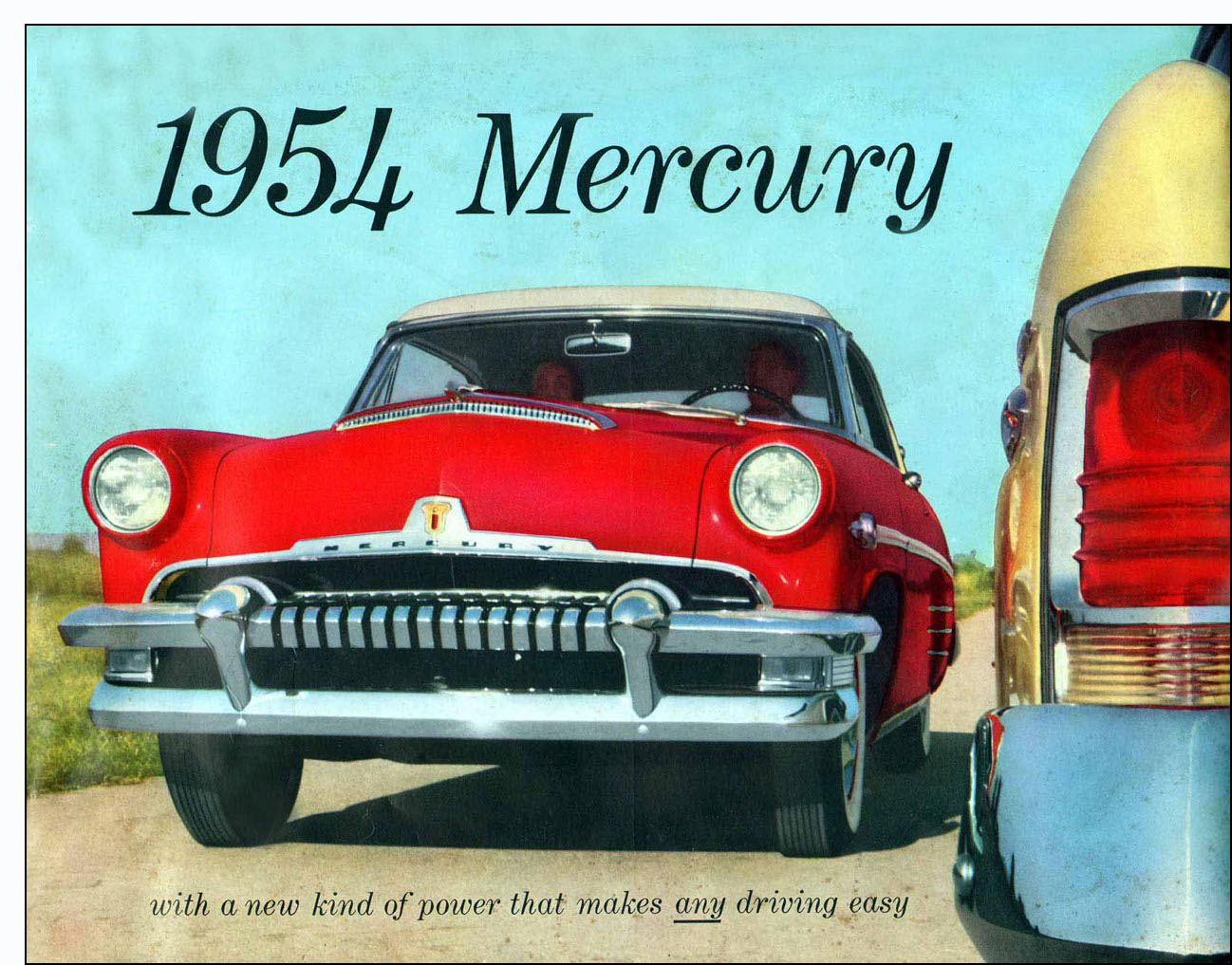