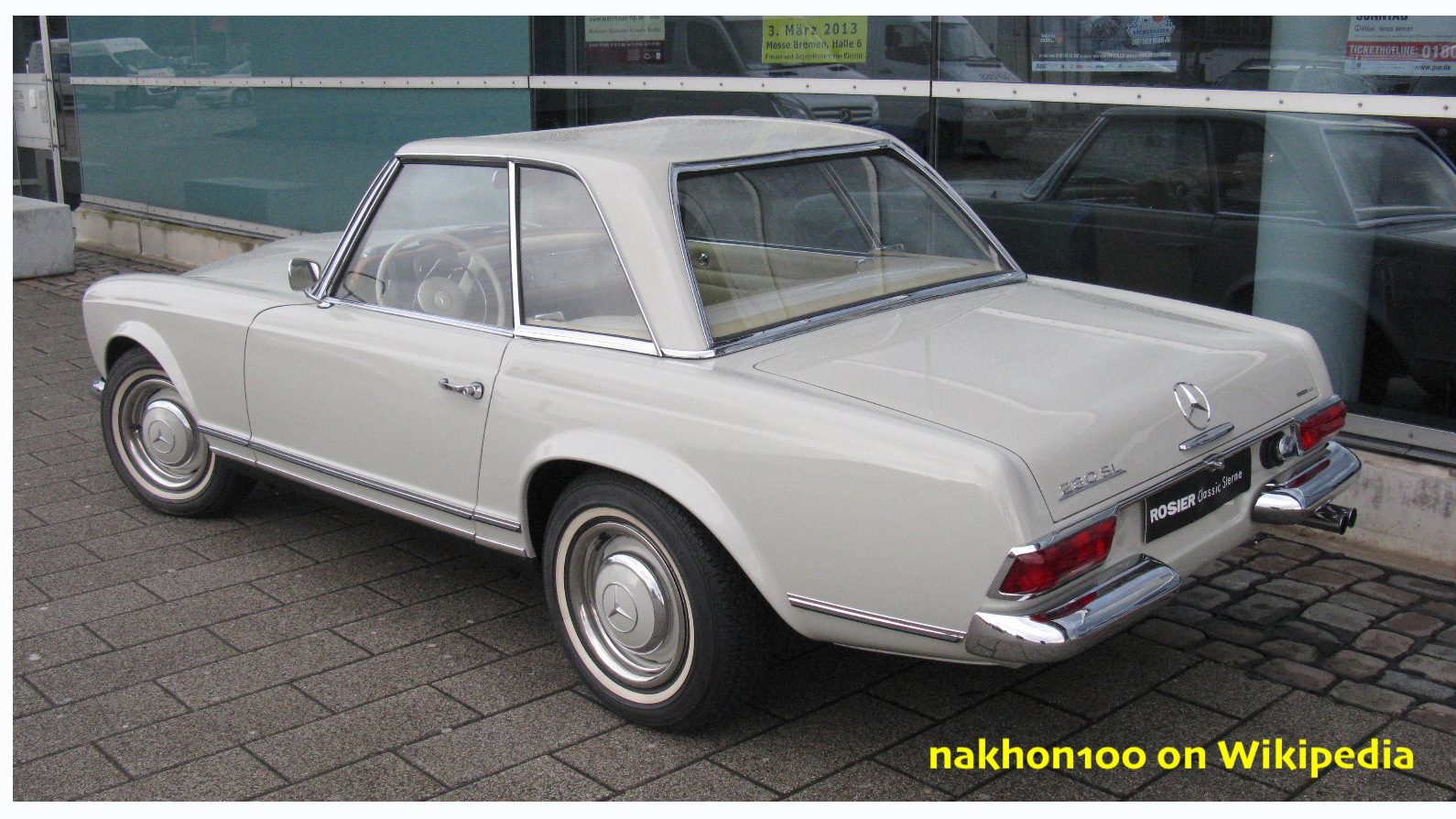 What’s not to like about this 1966 Mercedes-Benz230 SL? A beautifully proportioned two-seat roadster, it’s not so much a sports car as it is a luxury cruiser. A soft folding top came standard, but these cars are often referred as Pagodas for the distinctive shape of the roof of its available removable hard top (inset). The 230 SL was produced from 1963-67; subsequent versions were named 250 and 280 SL as its engine size grew. Most North American versions stood out from others (bottom photo) by their absence of Bosch Lichteinheit headlights which, although seen on today's RealRide, were used for the rest of the world . We saw this one at the 2014 Canal Fest Car Show in North Tonawanda. 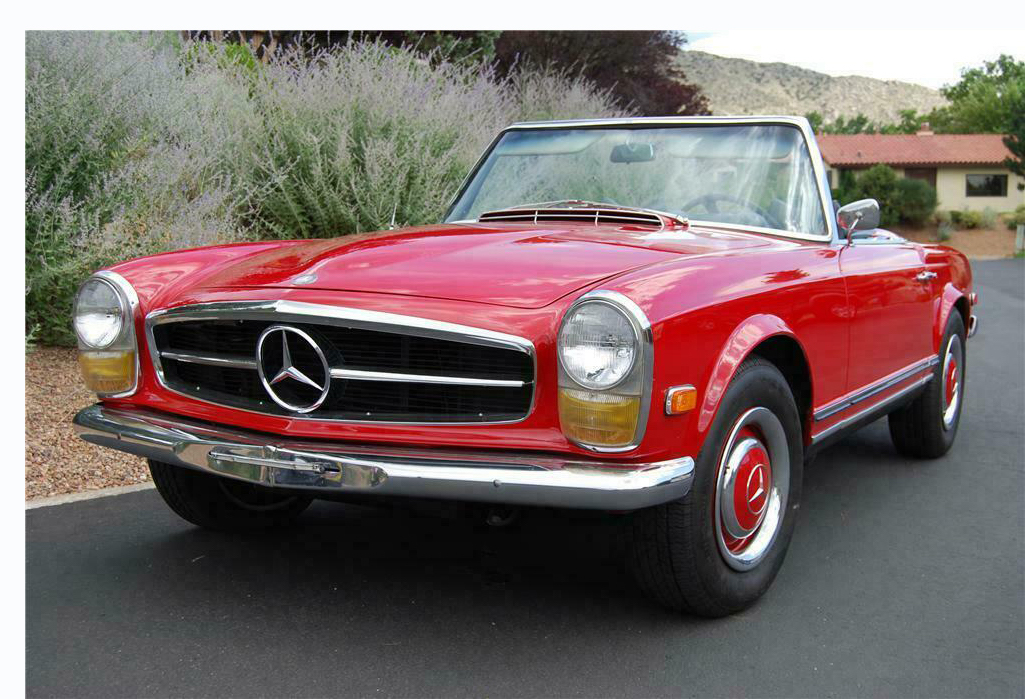