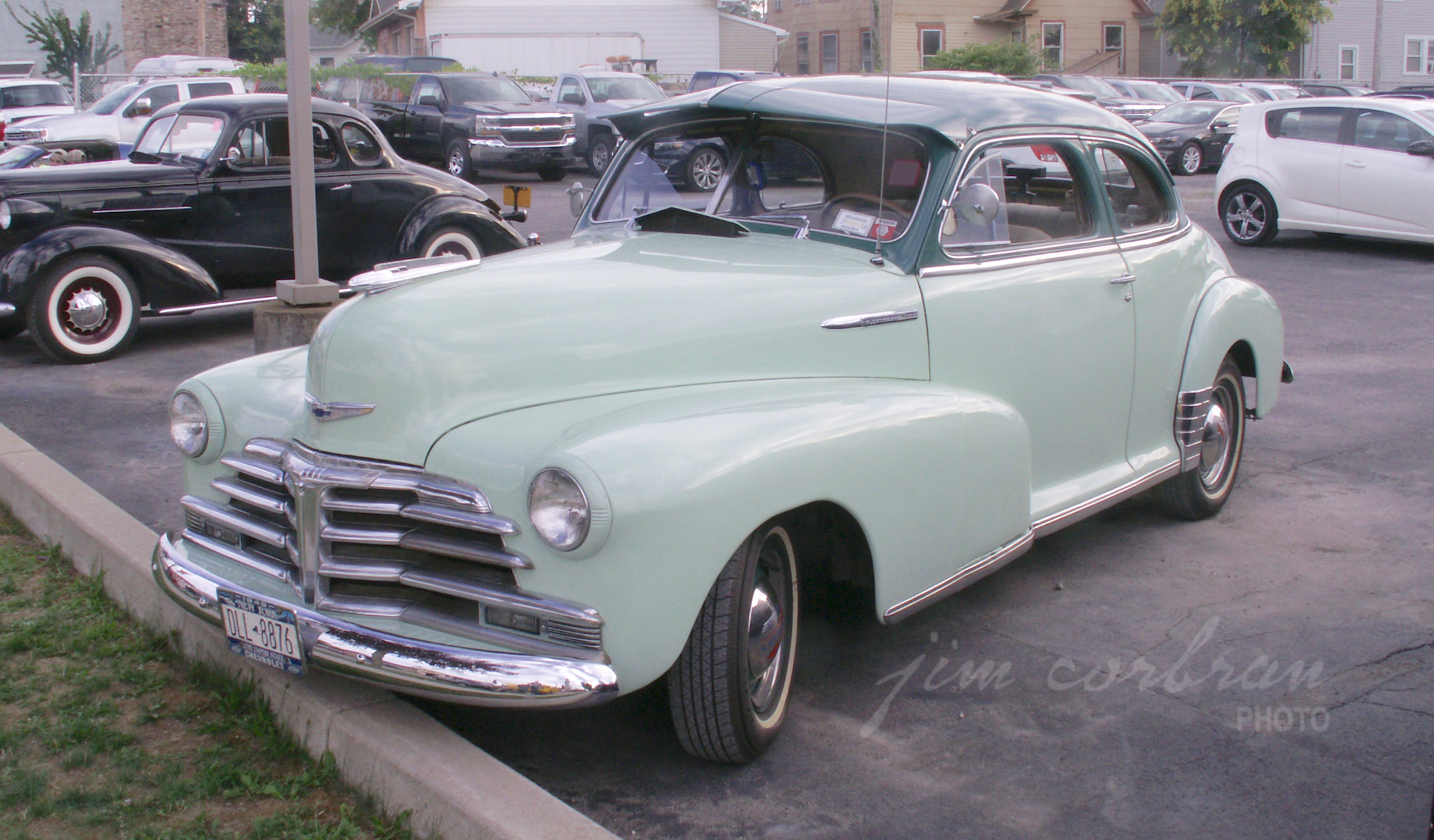 The late 1940s’ American cars didn’t offer any where near the number of paint choices that we’d see in the following decade. This 1948 Chevrolet Fleetmaster Club Coupe was lucky enough to receive one of the nicer (IMO) two-tone combinations in that year’s catalog: Live Oak Green over Silver Gray Green. The Fleetmaster was in the middle of the ’48 Chevy lineup, above the base Stylemaster and beneath the more upscale Fleetline. The Fleetmaster did however, offer more body styles than each of the other two: two- and four-door sedans, club coupe, convertible, and station wagon. This one was was spotted a few summers ago outside of the Medina Super Cruise.