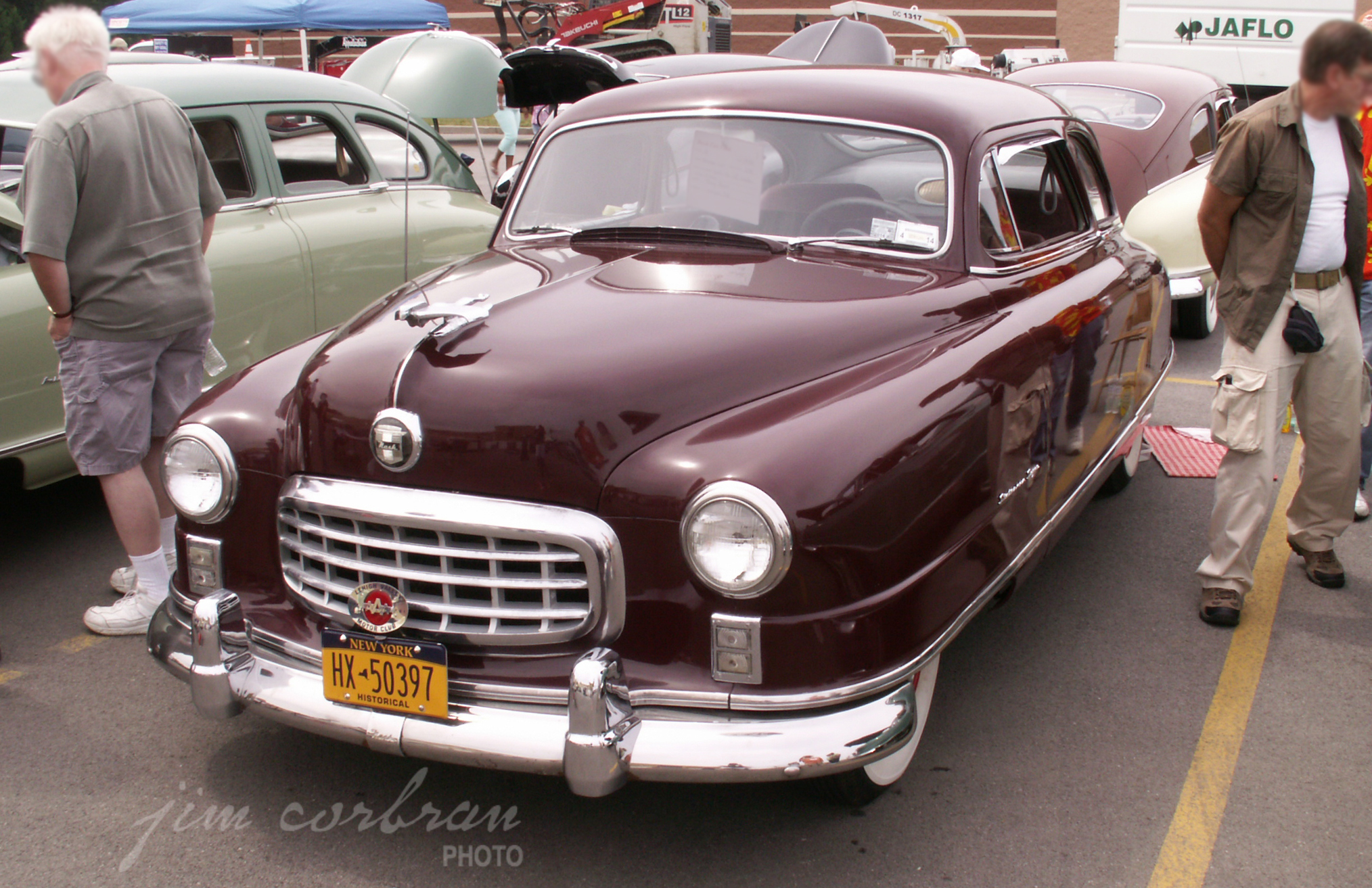 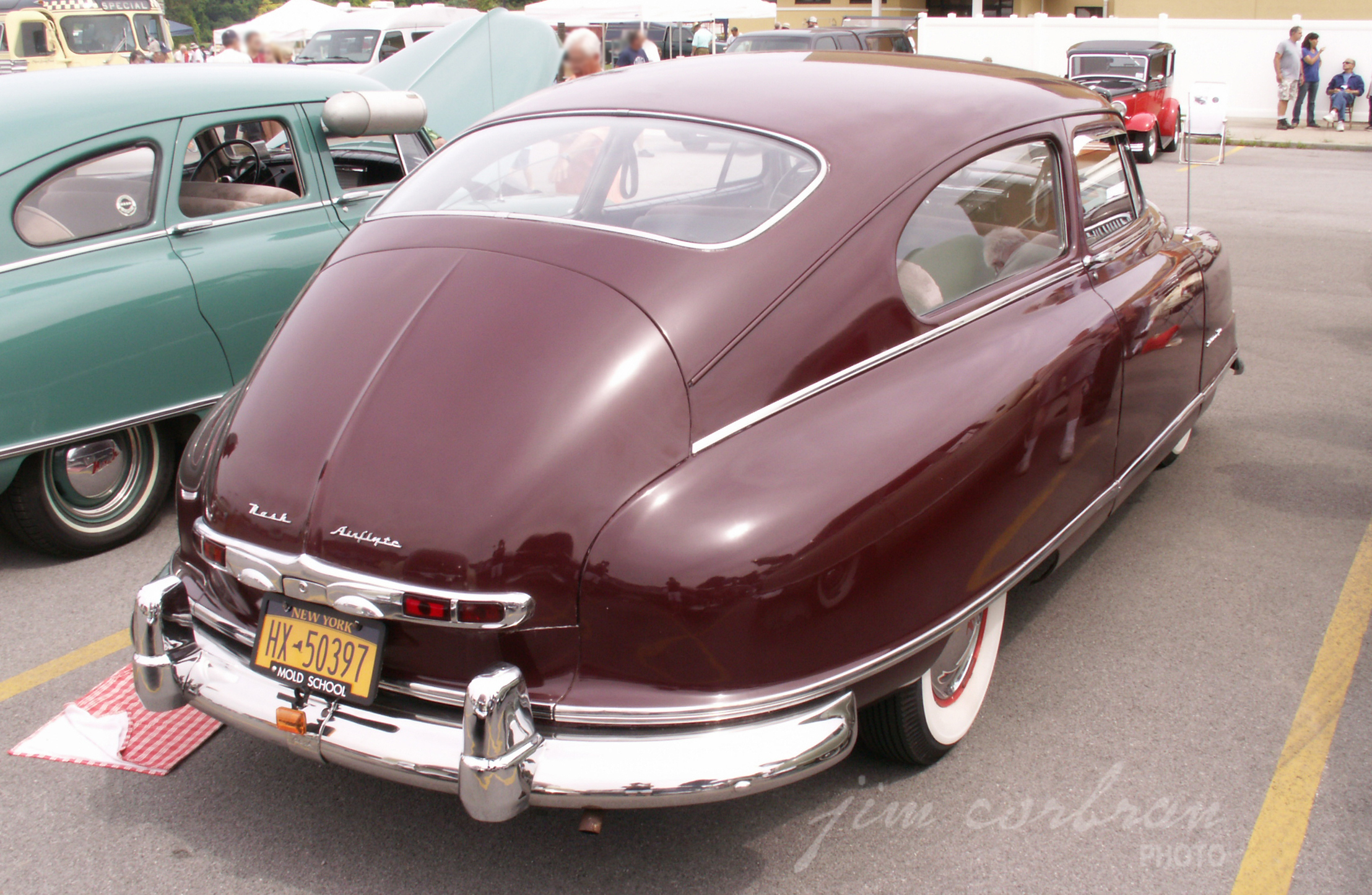 You’ve gotta love the illustrators from the early 1950s car brochures. While the mantra from Detroit was turning to longer, lower, wider, not all cars conformed. But they could on paper. The 1950 Nash Airflyte Statesman Super, while looking quite aerodynamic, didn’t really have the “lower” part of the styling craze down pat. You’d never know it though, from looking at the brochure illustration seen here of the blue Statesman Custom. Just for kicks, we put it through Photoshop to get (IMO) a more realistic rendition, which you can see below the original at the bottom of the page. We saw the Super at the 2013 Grand Nashionals held in Batavia. 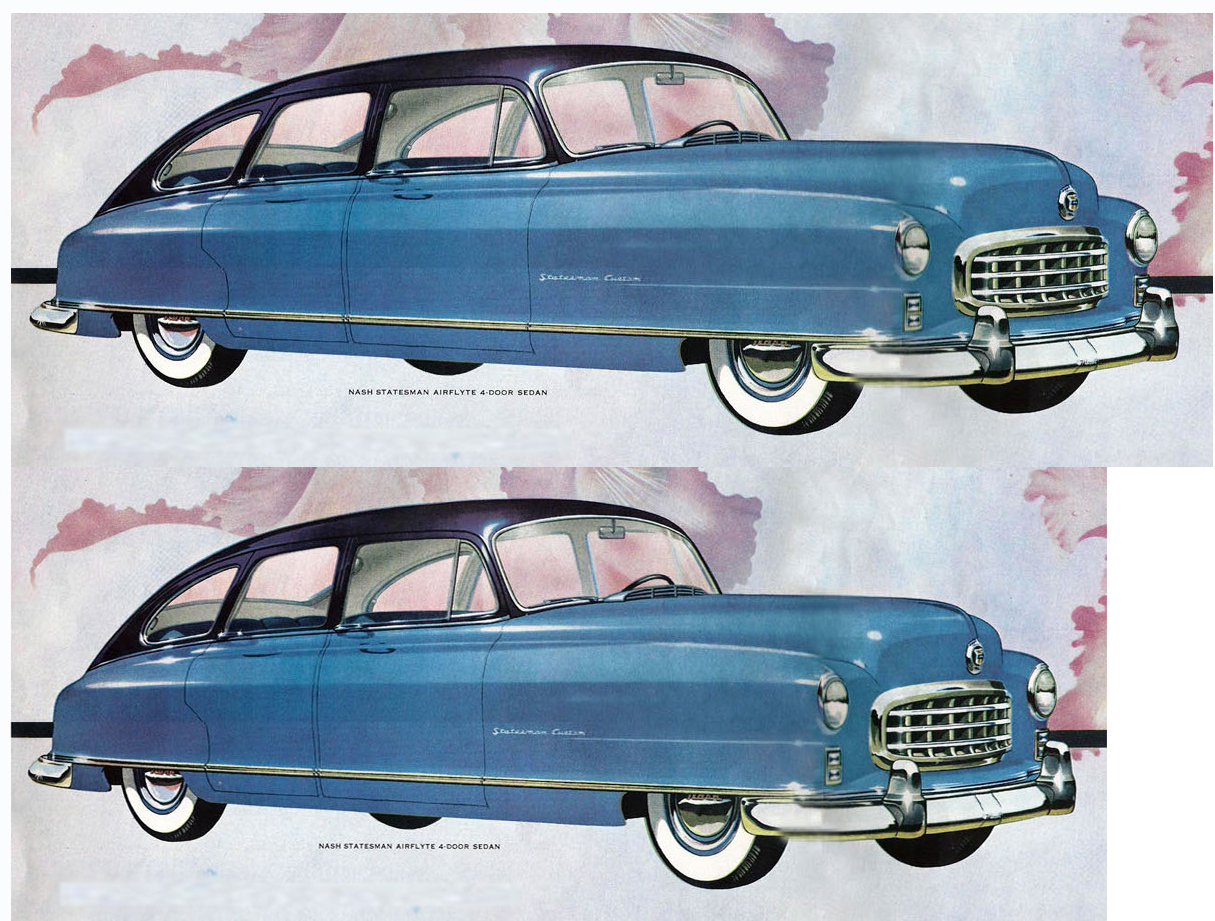