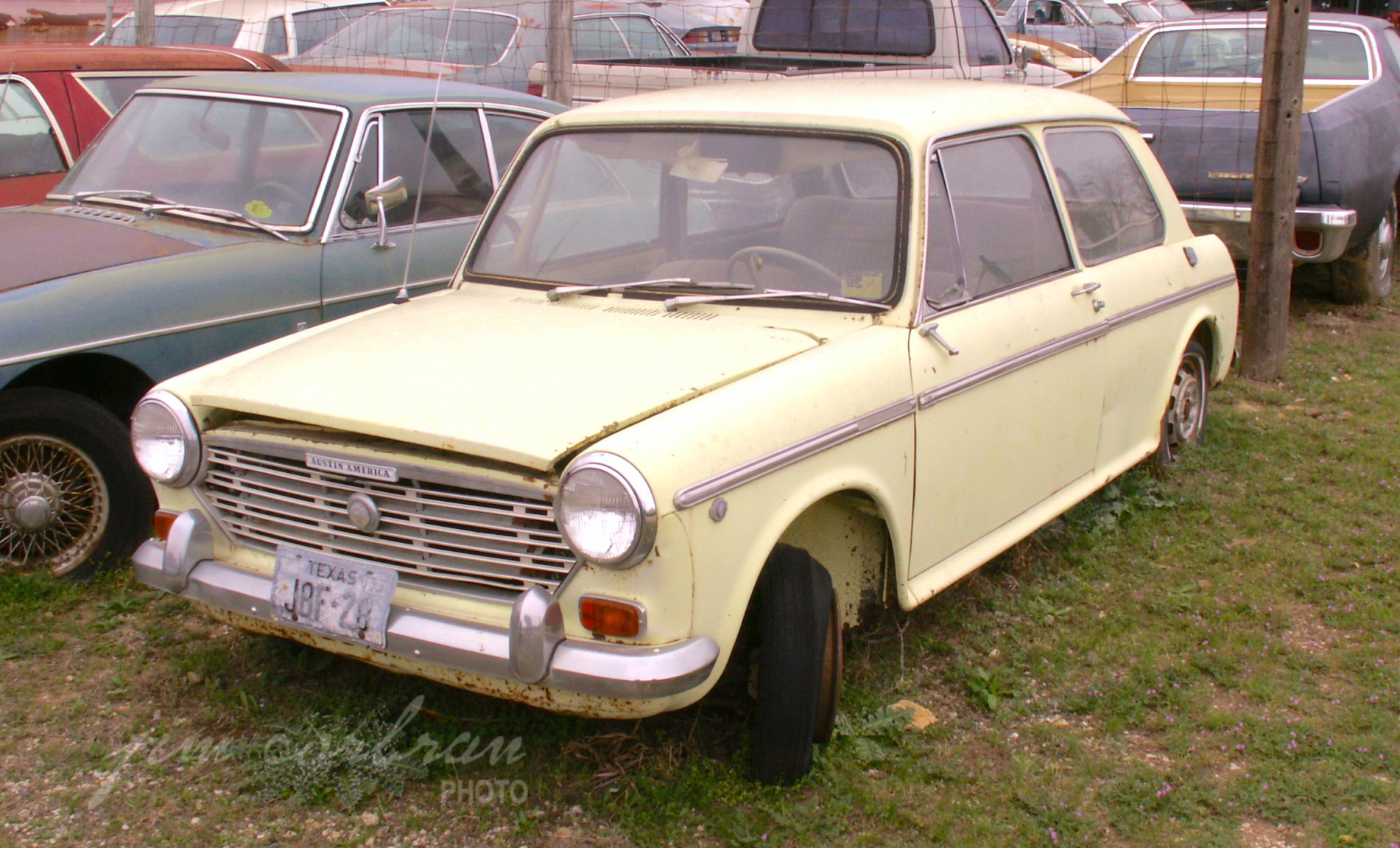 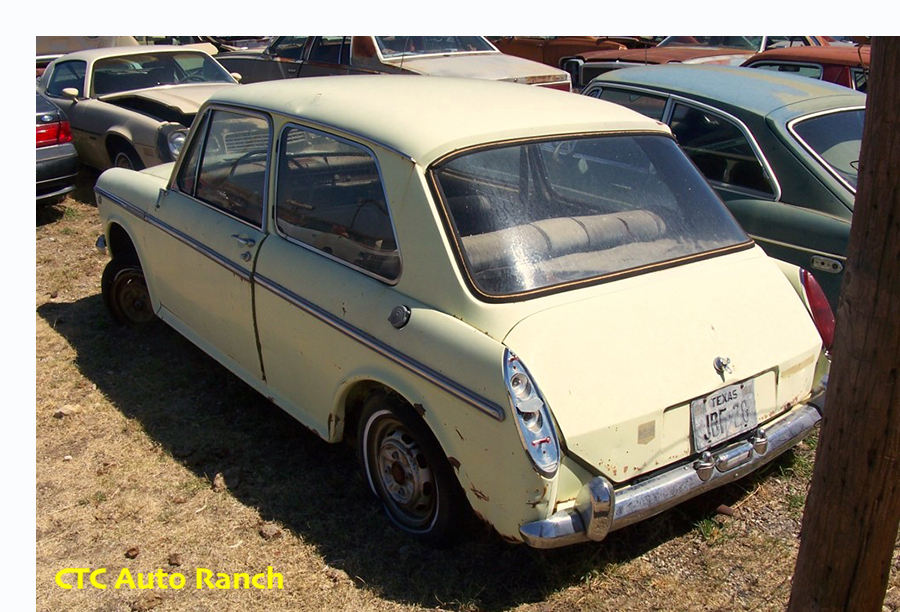 We’re going to go out on a limb here and say that this 1968 Austin America is likely one of only a handful to ever be registered in the state of Texas. Talk about playing against type, Lol… This particular America was seen back in 2013 on a visit to the CTC Auto Ranch in Denton. 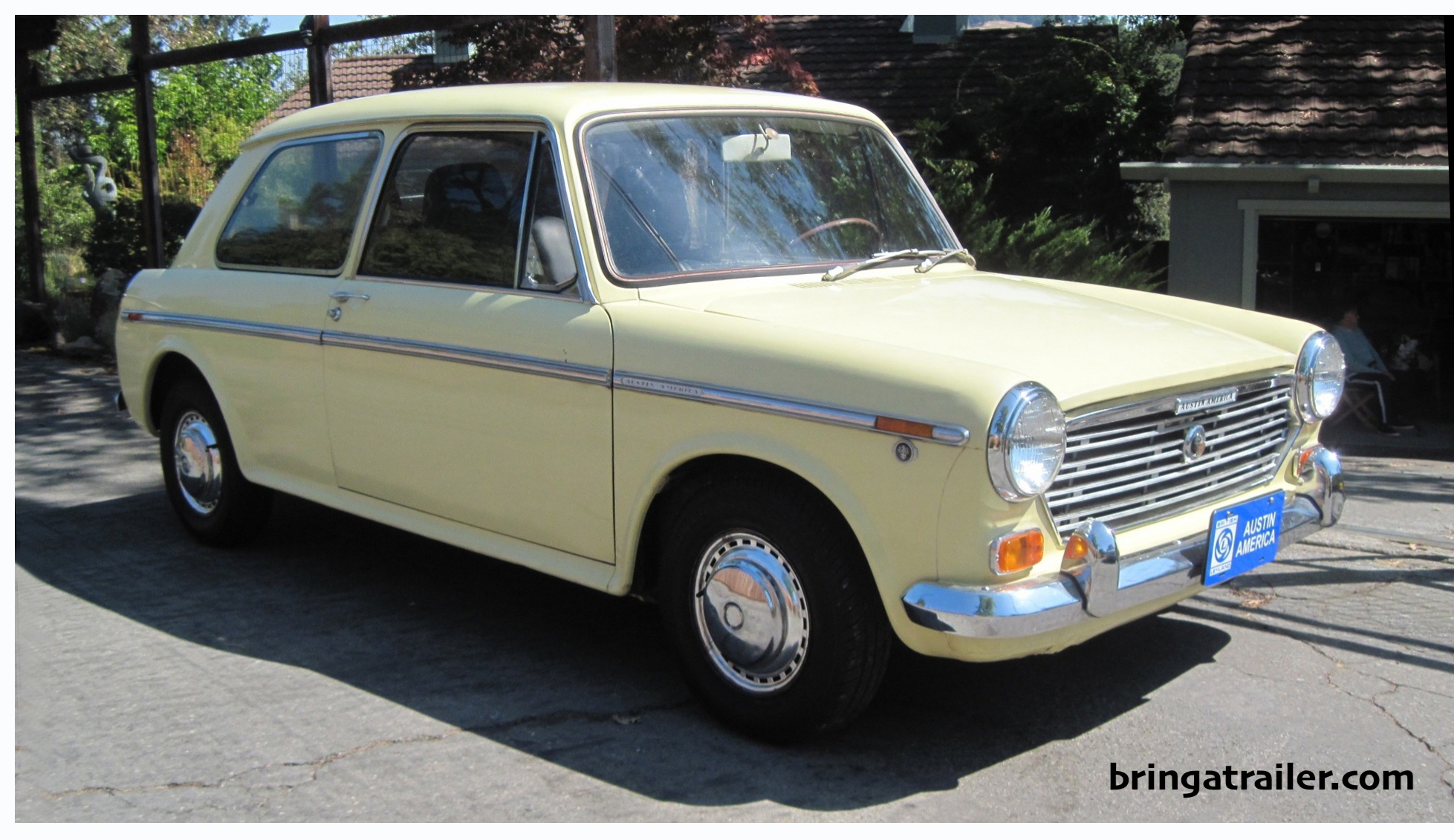 A quick internet check shows that it’s still there — and still for sale if you’re in the market for a really different project car (FYI, there’s no engine). The Austin America was produced as sort of a larger Mini alternative by BMC (British Motor Corporation), which later became British Leyland. It was also badged as the Austin/Morris/Wolseley 11/55, MG/Morris 1100, Riley Kestrel, Vanden Plas Princess, and Innocenti I5. Talk about getting your money’s worth out of tooling! Matchbox famously produced a version of the MG 1100 (which still resides in the RealRides collection) with a dog looking out the left rear window (bottom photo). 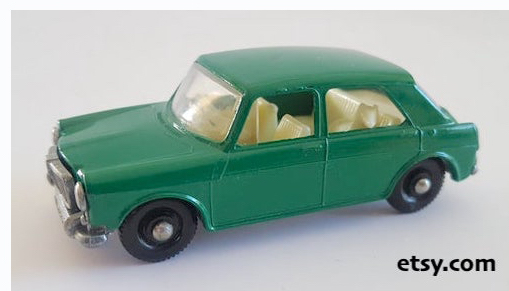