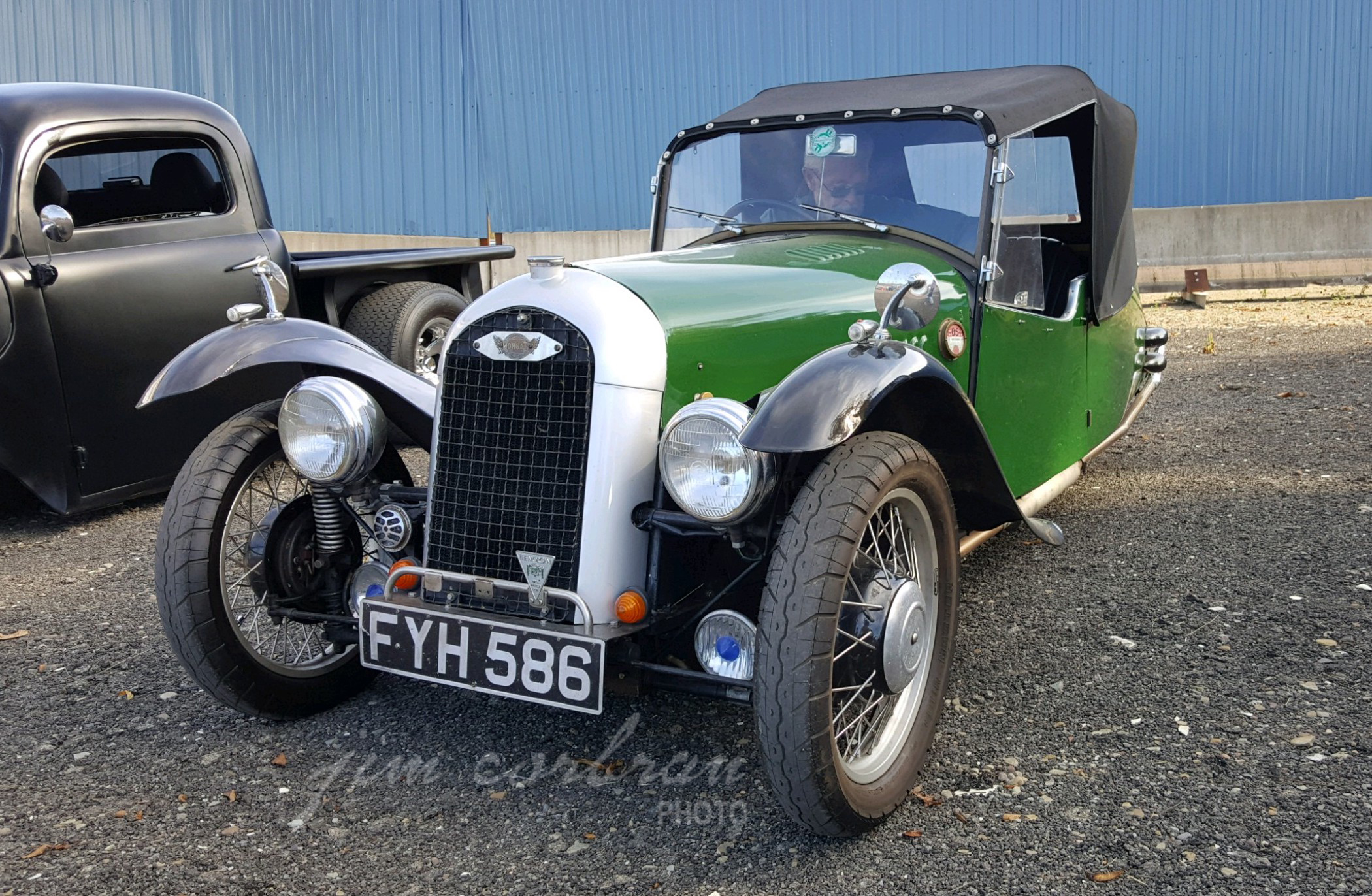 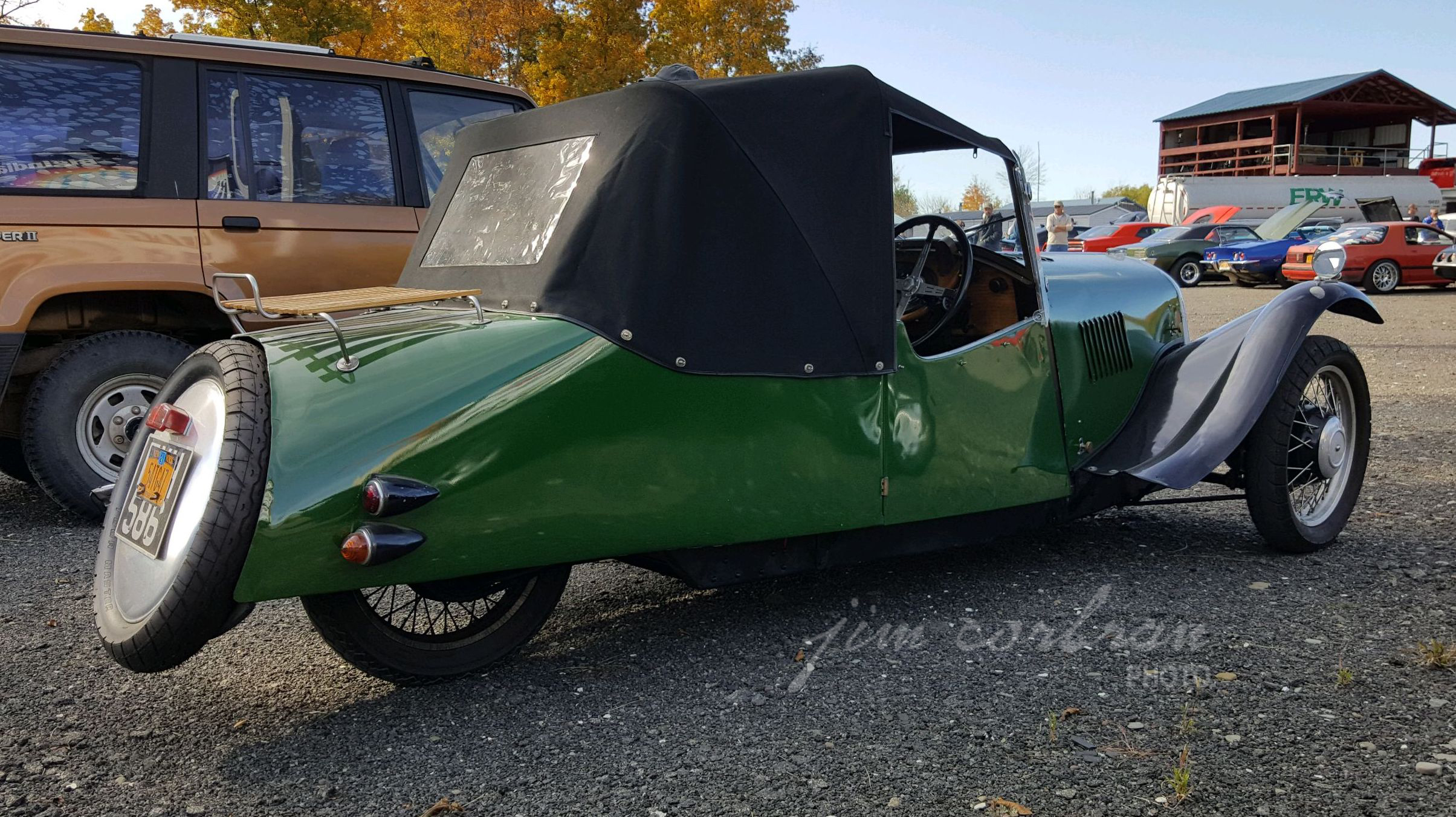 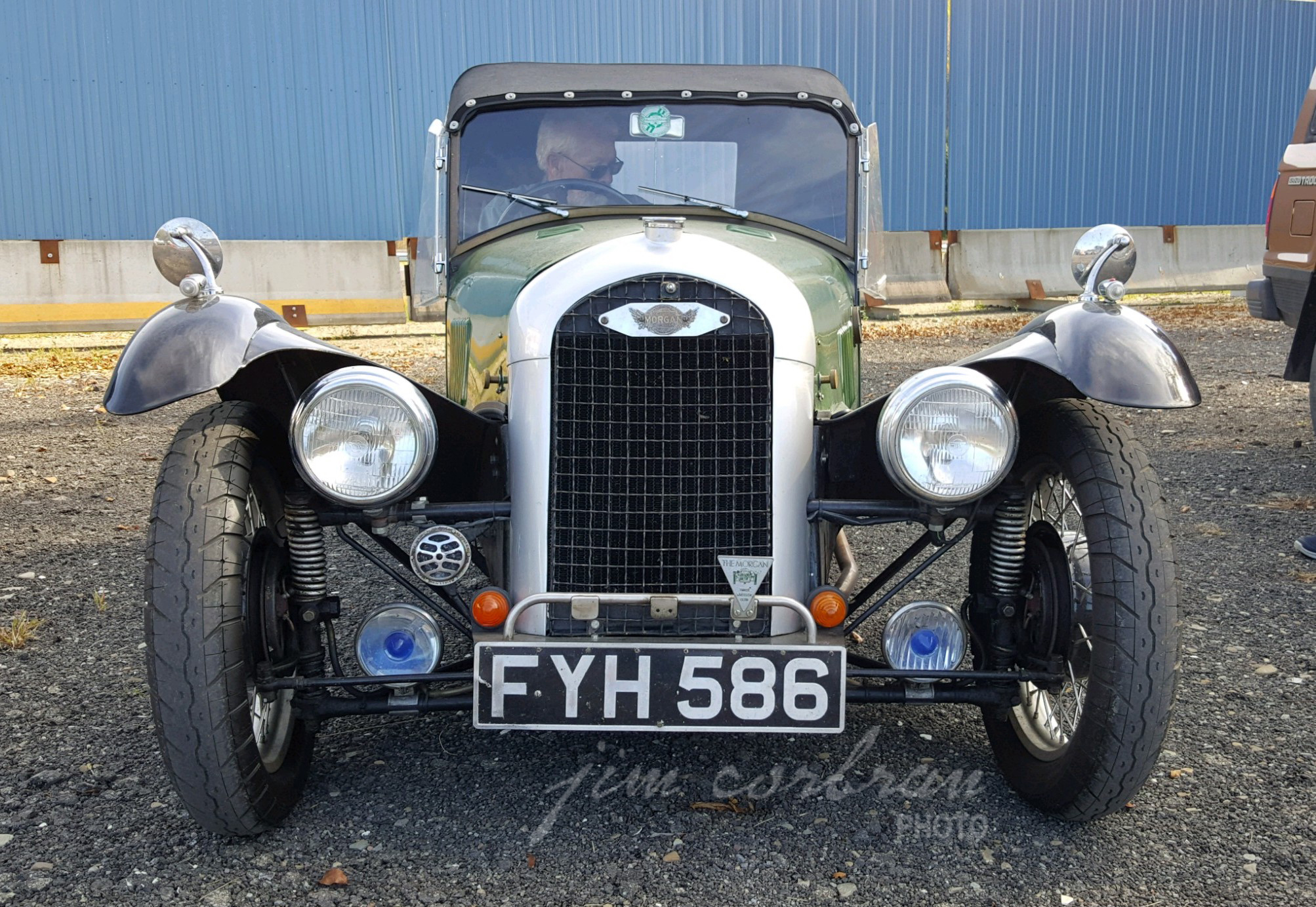 Apparently in New York State your three-wheeled car is a motorcycle, even if it’s really a car. Which explains why this 1939 Morgan F-4 is sporting a motorcycle license plate on its back end. Watching it pull in to Sunday’s final cruise-in of the season at the Big Indian Smoke Shop in Irving, I kept waiting for it to tip over as its owner negotiated the aisles of parked cars, searching for a spot for himself. When I asked him about that, he explained that geometry figures into the explanation and that cars with one wheel in the front and two in the rear are more likely to be a bit tipsy. I’ll admit that he lost me at the mention of “geometry,” but I’ll take his word for it. Easily one of the more interesting cars we came across this car show season. 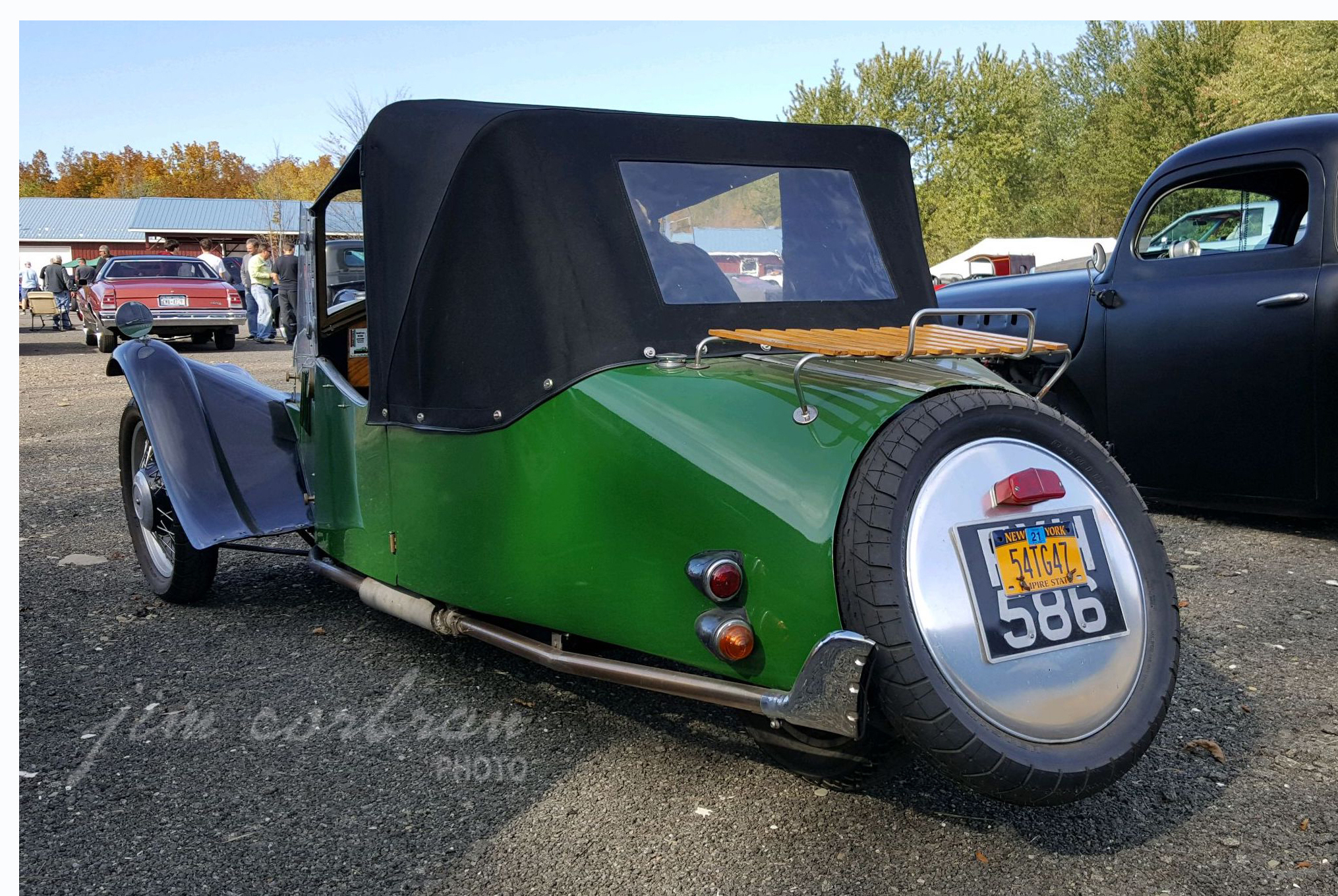