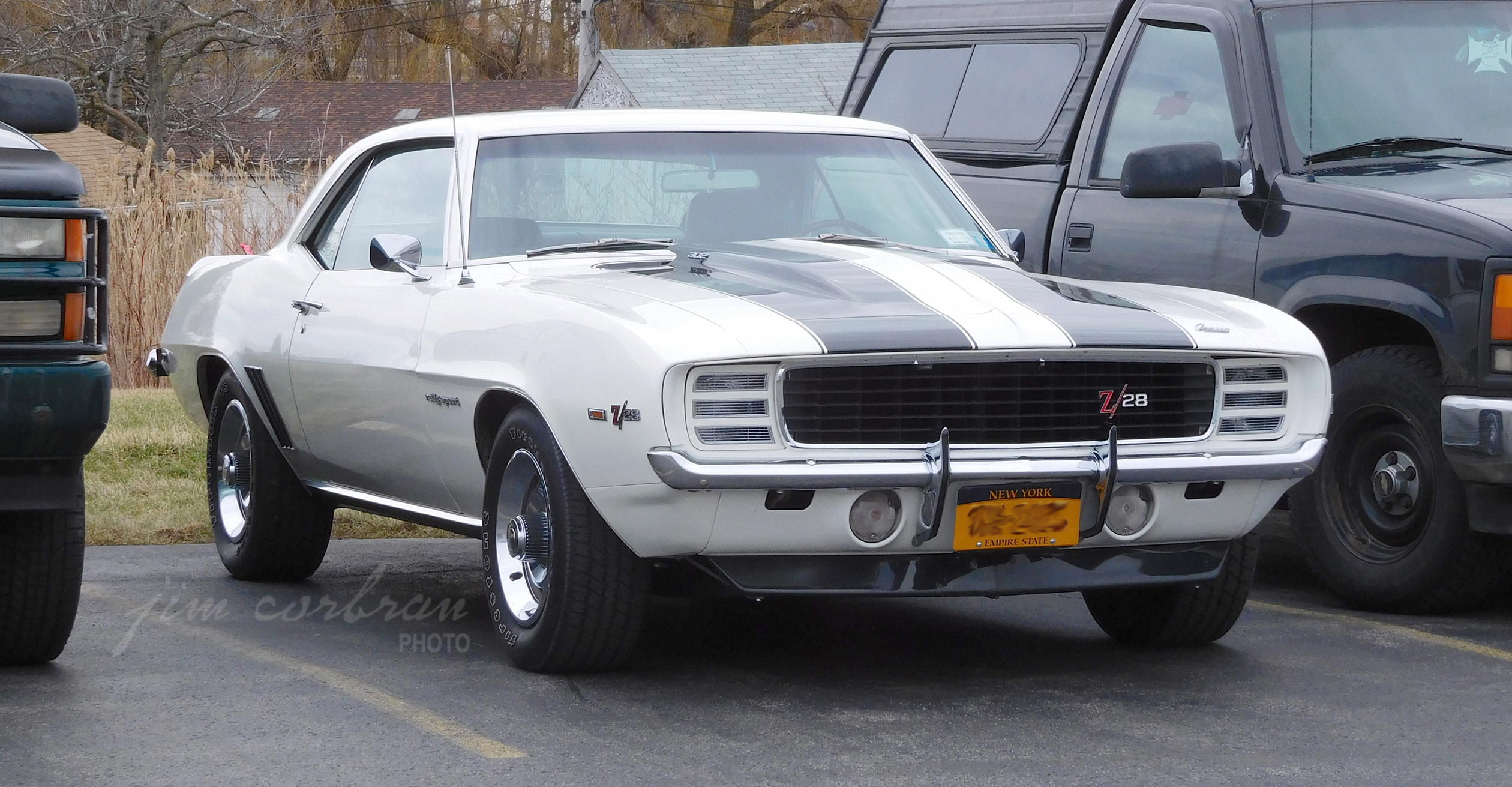 The 1969 Chevrolet Camaro Z/28 is just one of the available configurations offered that year, all which began with the base model. Upgrading through the RPOs (regular production orders) would get you an SS (RPO Z27), RS (RPO Z22), or as with today’s RealRide, a Z/28 (RPO Z28 — thus the model name). Chevy called the Z/28 “…a full blown 4-place sports car.” If you wanted it to look the part, you also had to specify RPO Z21, the Style Trim Group, which included “fender striping, bright fender opening moldings, and black body sill.” RPO DX1 added “wide striping across nose and down center of hood.” You could also specify RPO VE3, a “color-matched resilient front bumper” (bottom of page as seen with the standard grille). Besides RPO Z28, today’s RealRide also includes RPO Z22, which is the RS’s “special grille with panels to hide headlights when not in use.” To some of us (hand raised) this hodge-podge of RPOs was often very confusing. We saw this white example a few years ago in a Tonawanda used car lot.