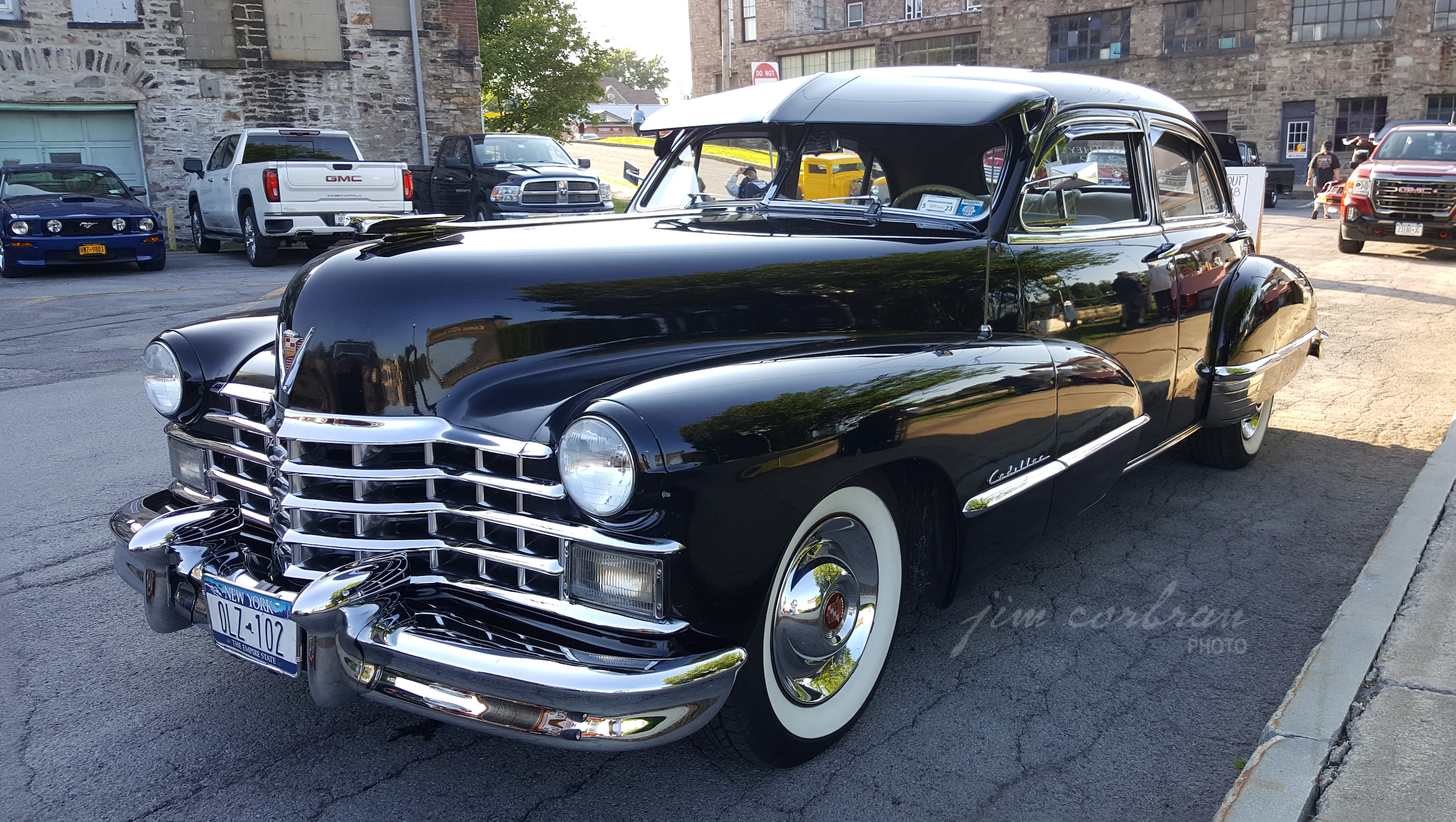 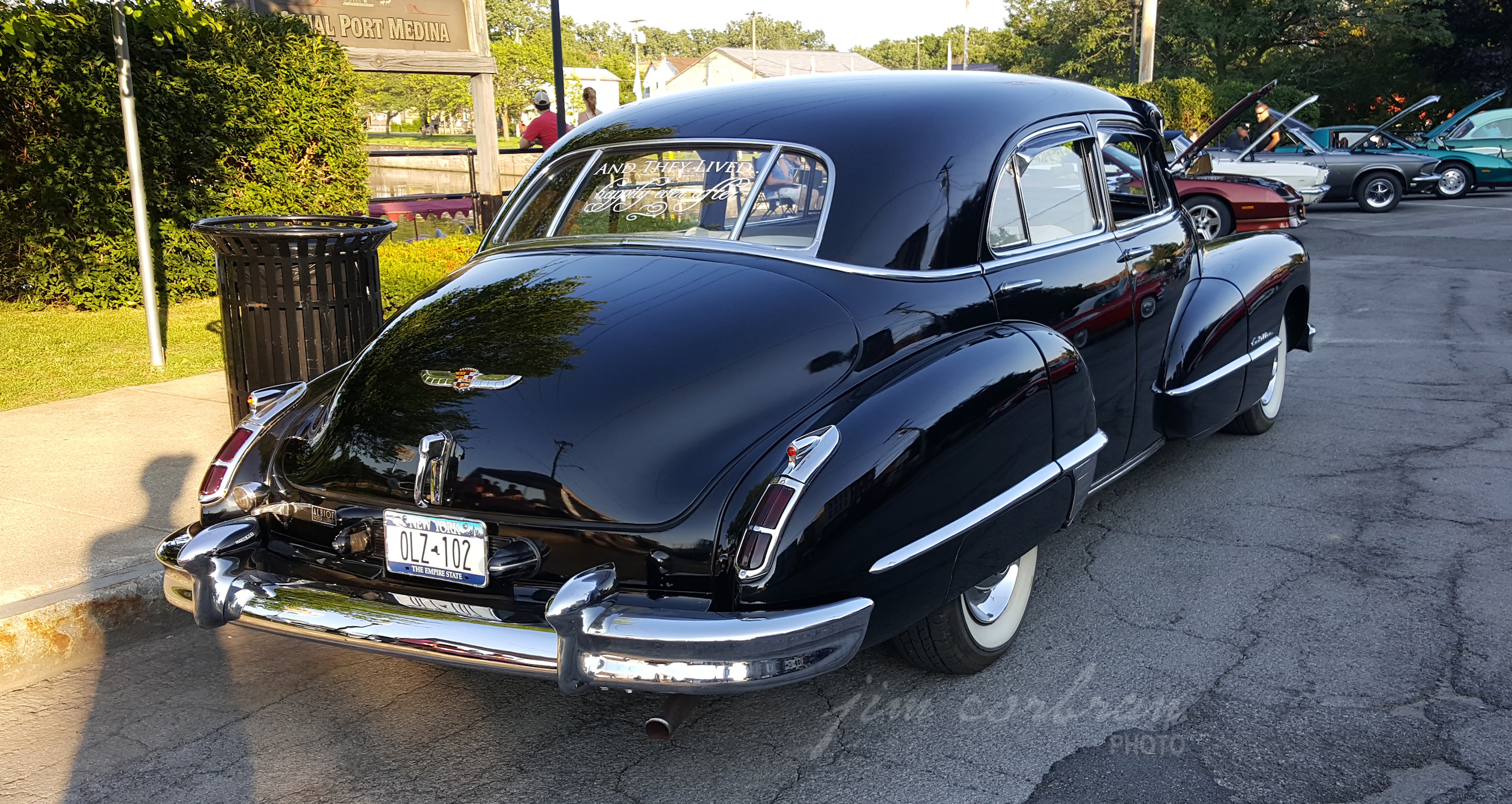 Not to advance stereotypes, but I can’t help but think of The Godfather movies when I come across something like this 1947 Cadillac. It just seems like it should be parked outside of a small restaurant somewhere in New York City, waiting for its owner to come out — walking or not — after attending to family business. As it had been, and would continue to be, Cadillacs came in four numbered series for MY 1947: 61, 62, Sixty Special, and 75. Wheelbases were 126 inches for the 61, 129 for the 62, 133 for the Sixty Special, and 136 for the 75. (No model nameplates appeared on the cars, so without a tape measure it’s hard — for moi— to say which was which. Odds are this one's a Series 62, as the 62 four-door was Cadillac’s biggest seller that year.) All were powered by a 346cid V8 which produced 150 hp. Saw this one a few weeks ago at a weekly cruise night in Medina.