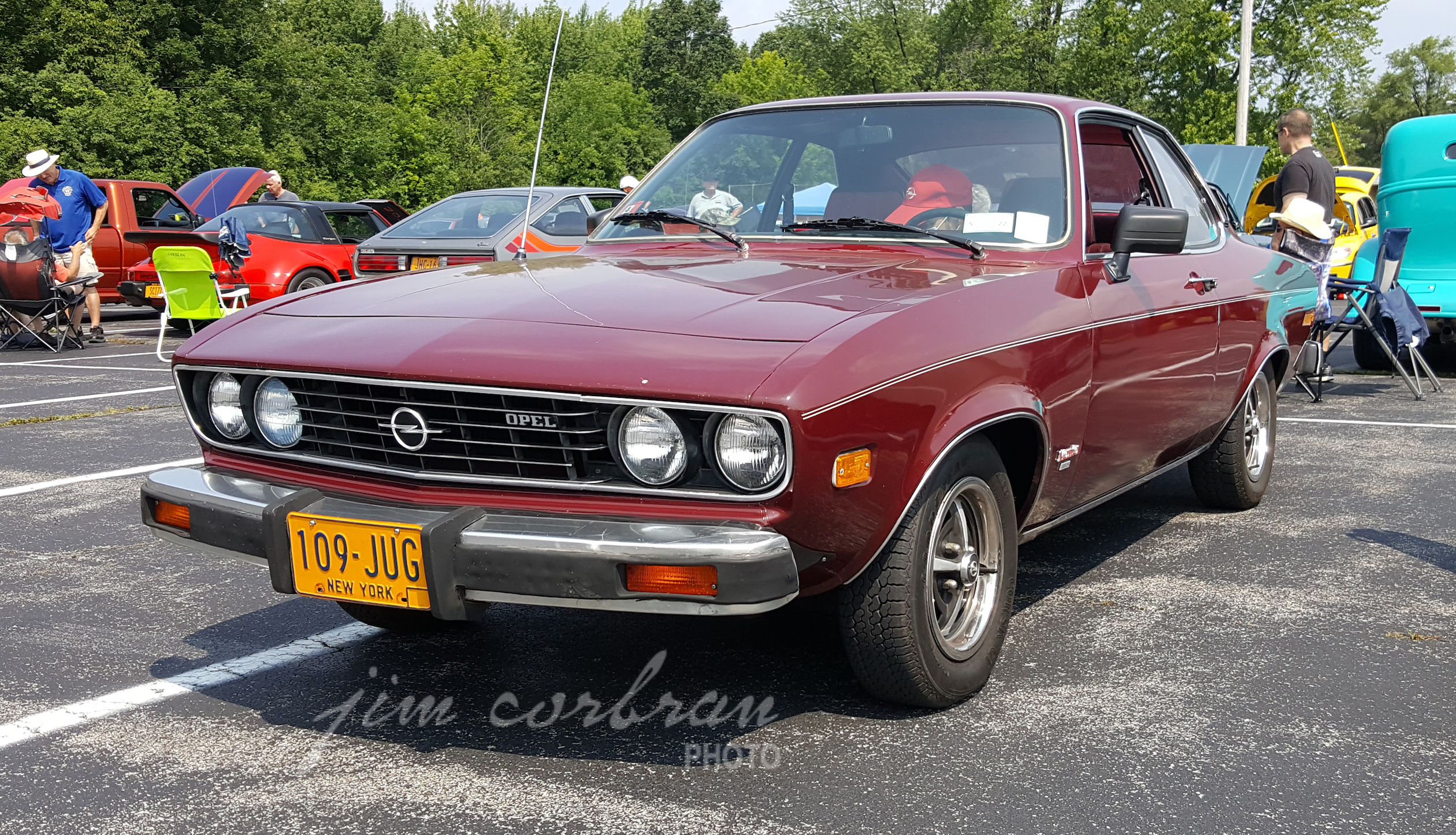 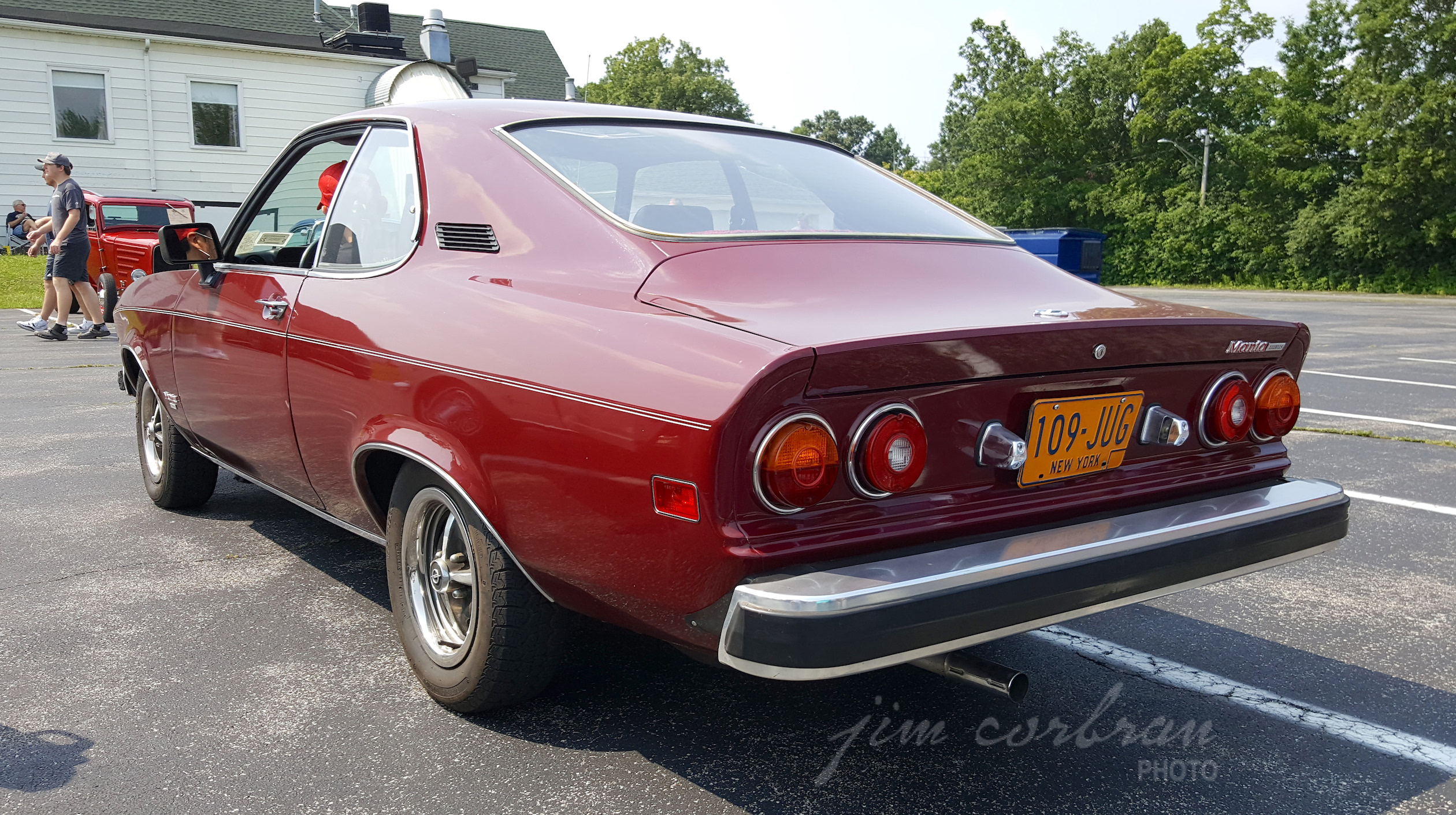 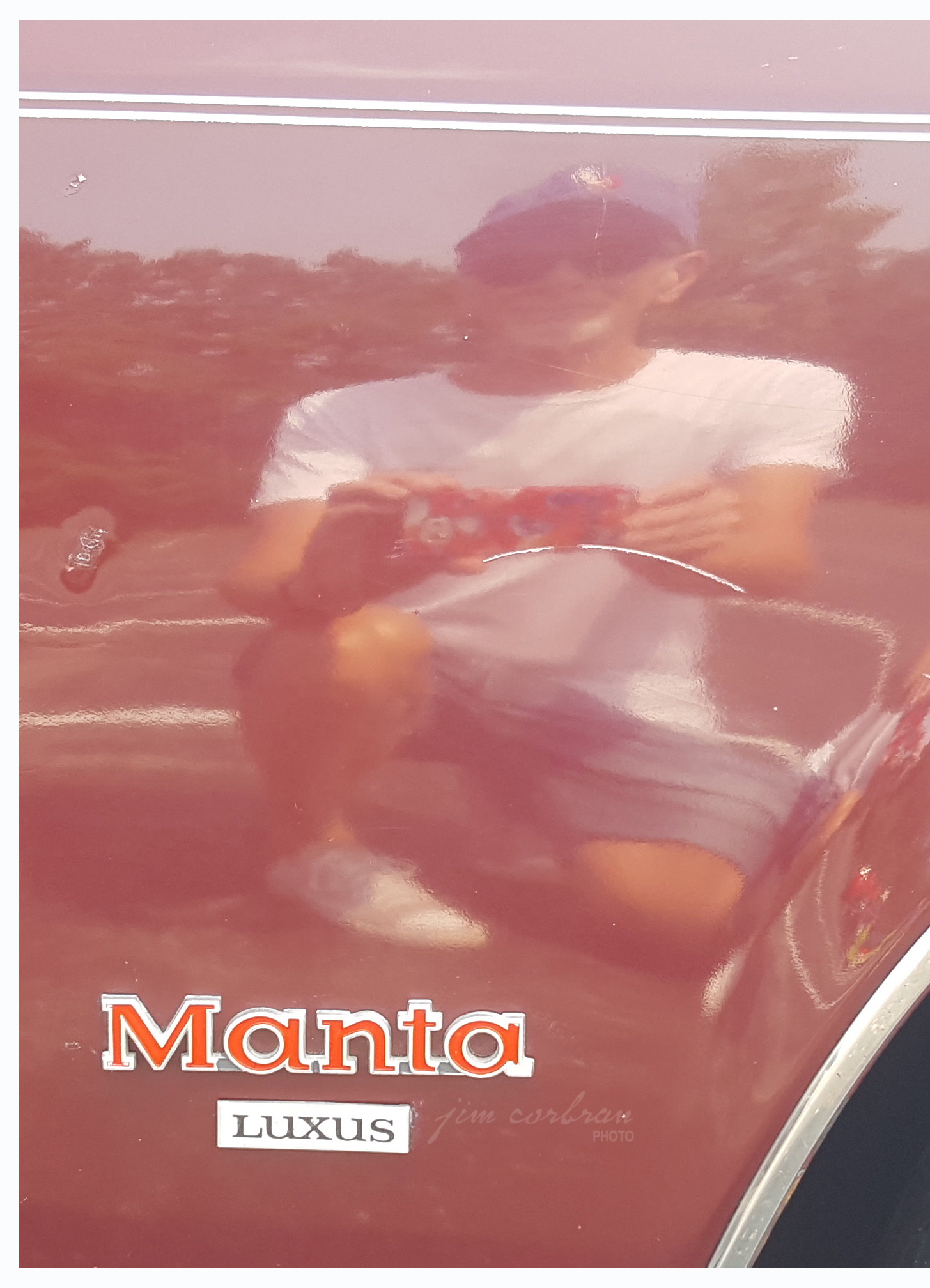 Let’s hear a shout-out from anyone who’s come across another 1974 Opel Manta Luxus other than this one in the last 20 or 30 years. (Crickets.) This was Opel’s most luxe model (hence the name) and a big step up from the previous (and chintzier) Kadett lineup. In one print ad, Opel told us about the “top-of-the-line Manta” (which was the Luxus): “…it exhibits many of the same qualities that have helped make the German car a legend in its own time.” A pretty ballsy statement if they’re comparing the Manta Luxus to other German cars like Mercedes, BMW, and Audi (although we sometimes forget there were other German cars at the time like Ford, Volkswagen, and — gulp!! — Trabant). Saw this nicely preserved (and rare) example at the Clutch Artist Summerama a few weeks ago in Williamsville at the George F. Lamm Post.