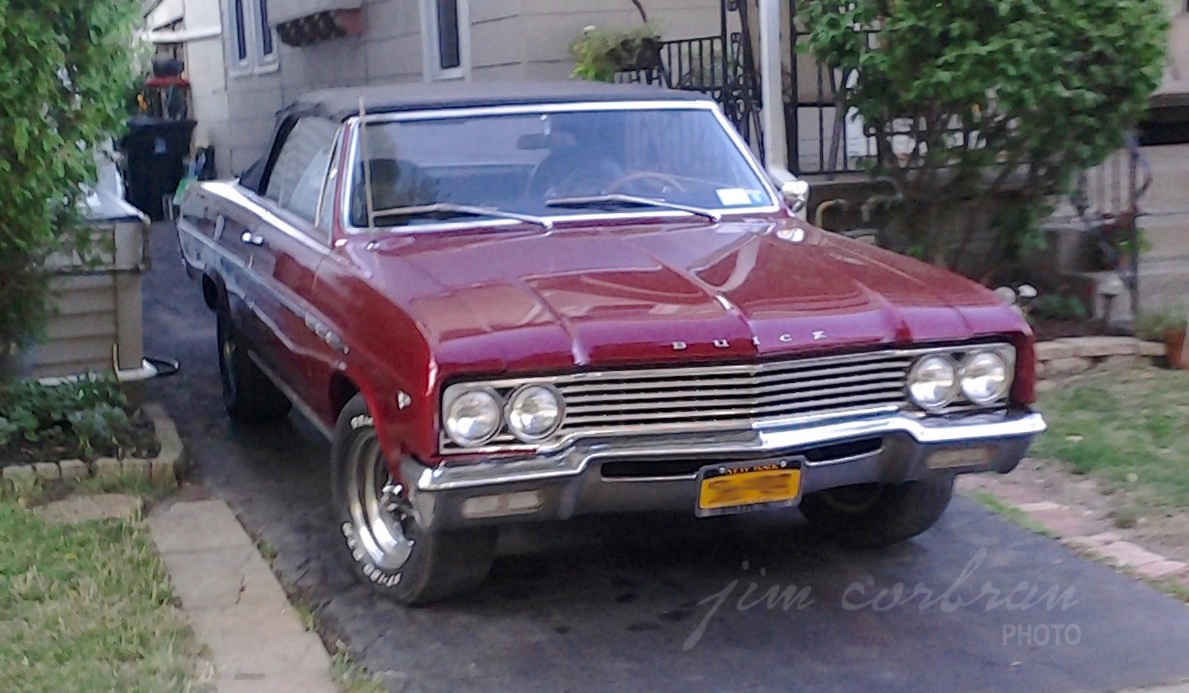 Seems like when this 1965 Buick Skylark was new, GM could do no wrong. Compacts, mid-sized, full-sized — didn’t seem to matter, they were all smartly styled and well-received by the public. The Skylark was the middle nameplate for Buick’s mid-sized lineup, consisting of a two-door Thin-pillar coupe (as they called it), four-door sedan, two-door hardtop, and convertible. Glass-roofed station wagons, although not badged as Skylarks, certainly shared their lineage. The Skylark Sport Coupe shown in the brochure (bottom of page) was especially handsome in silver with the black roof. For those on a budget who still enjoyed driving with the wind in their hair, the Special convertible was available for $158 less than today’s RealRide, while a Skylark GS soft-top sold for $71 over the non-GS model. Saw this one a few years ago in Kenmore.