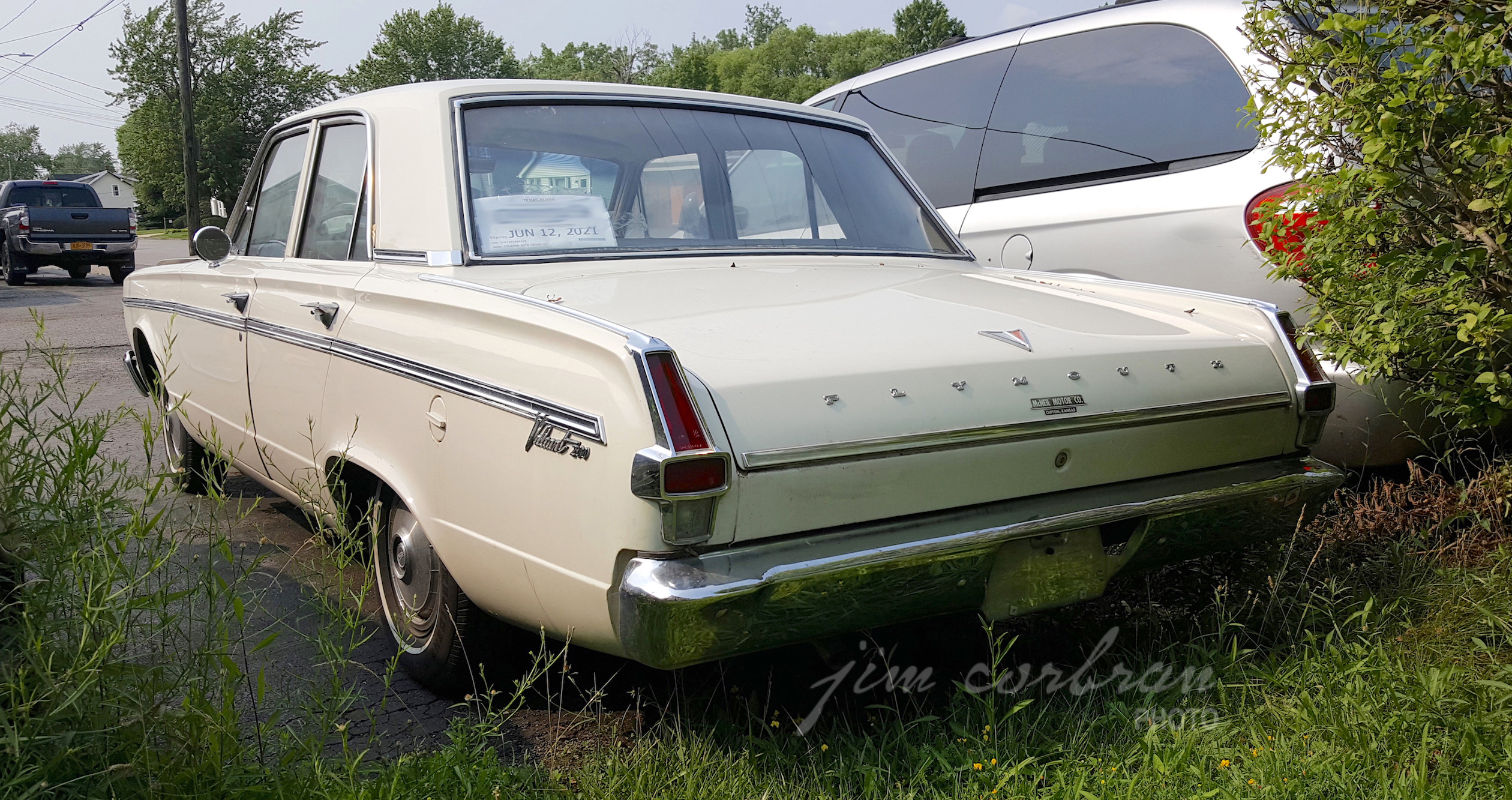 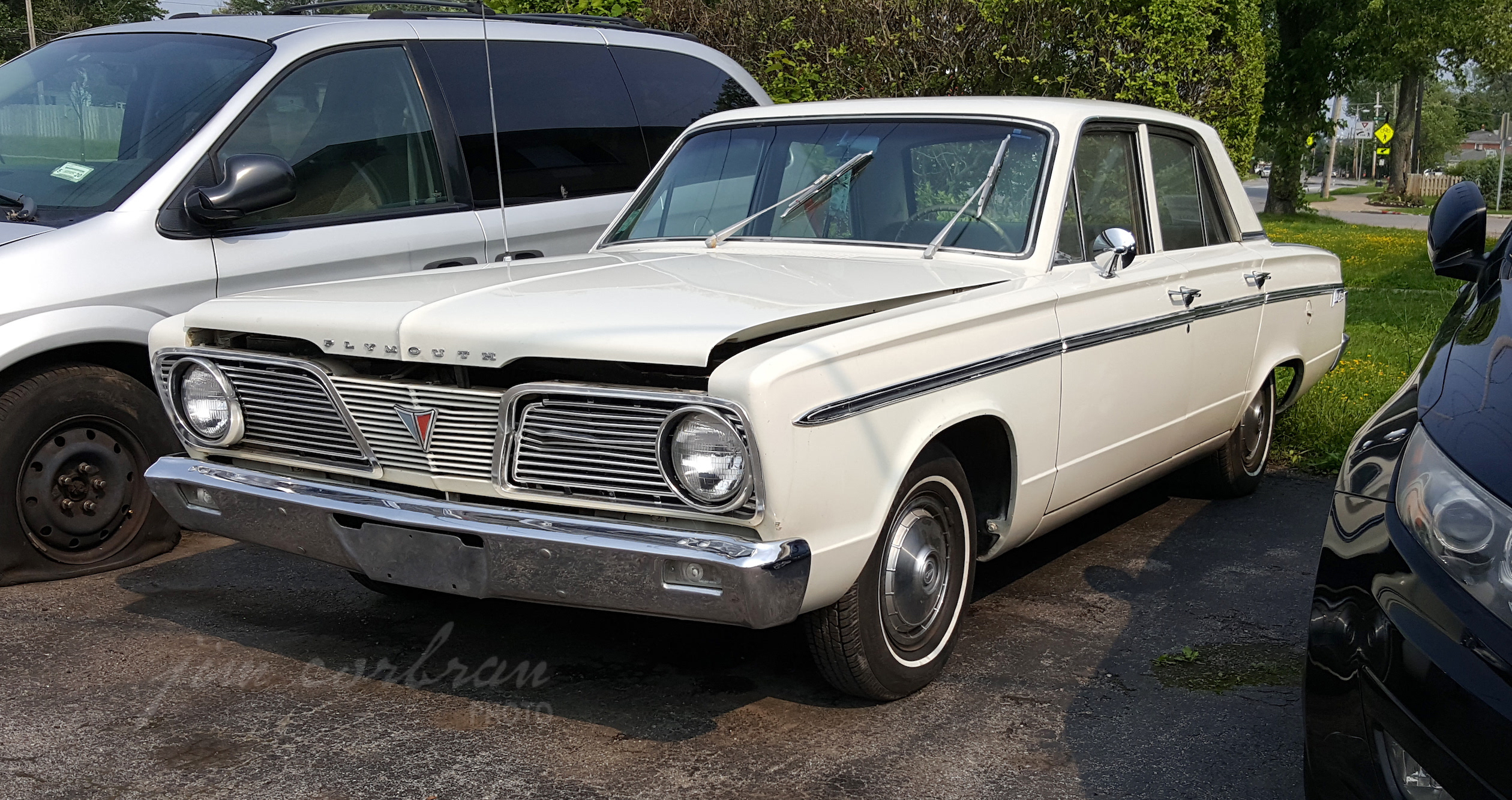 The temporary tag on the rear window of this 1966 Plymouth Valiant 200 seems to indicate that it was recently “imported” from Texas. And the dealer badge on the trunk lid shows that at some point in its life it was purchased from the McNeil Motor Co., which was a Chrysler-Plymouth dealer in Clifton, Kansas (it was also a DeSoto dealership back in the day). The 200 was Valiant’s middle of the lineup for MY 1966 (also available as a four-door, two-seat wagon) in between the base 100 (two-door sedan or four-door, two-seat wagon) and the more posh Signet (two-door hardtop or convertible). Came across this one last month in Kenmore.