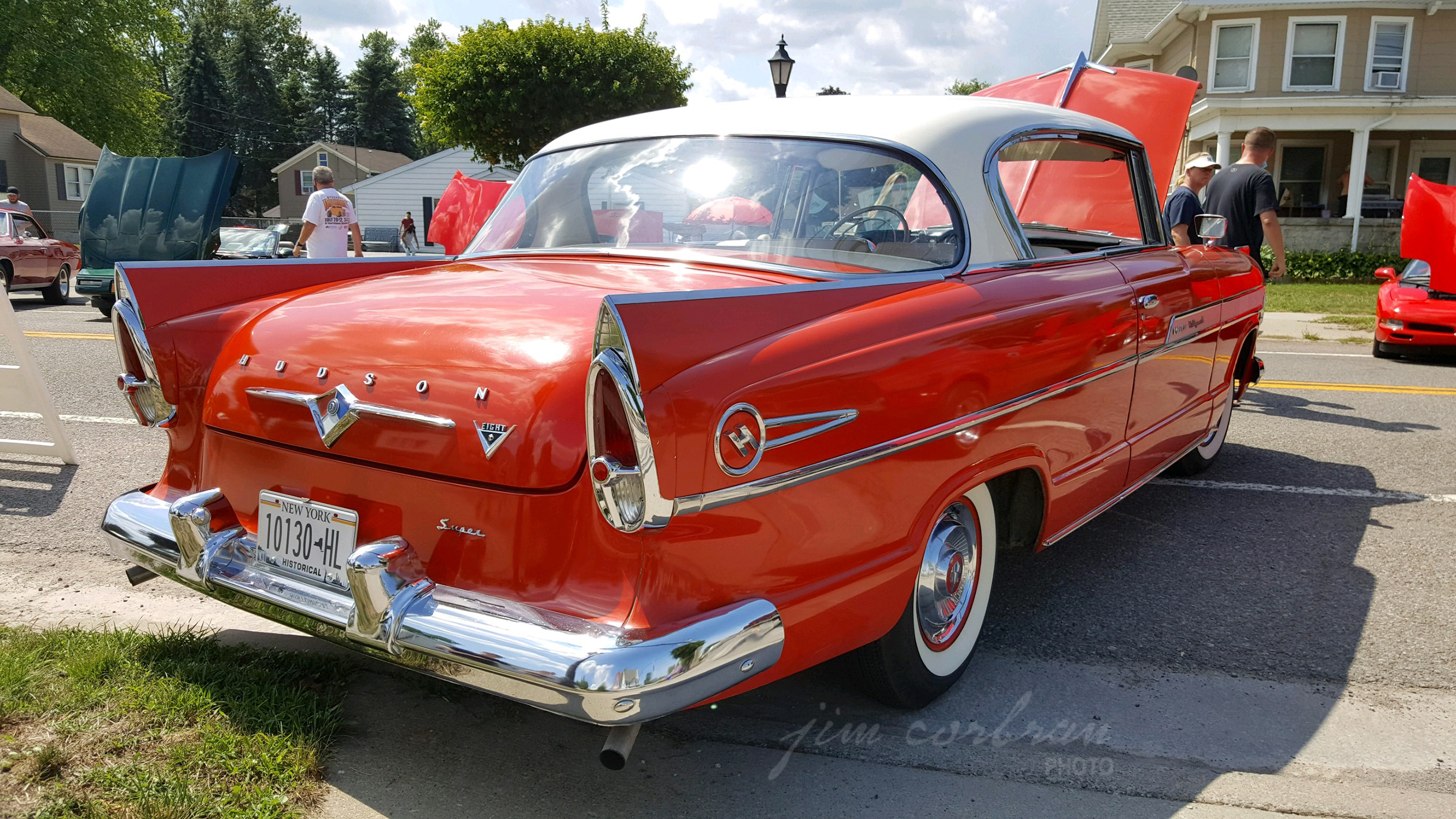 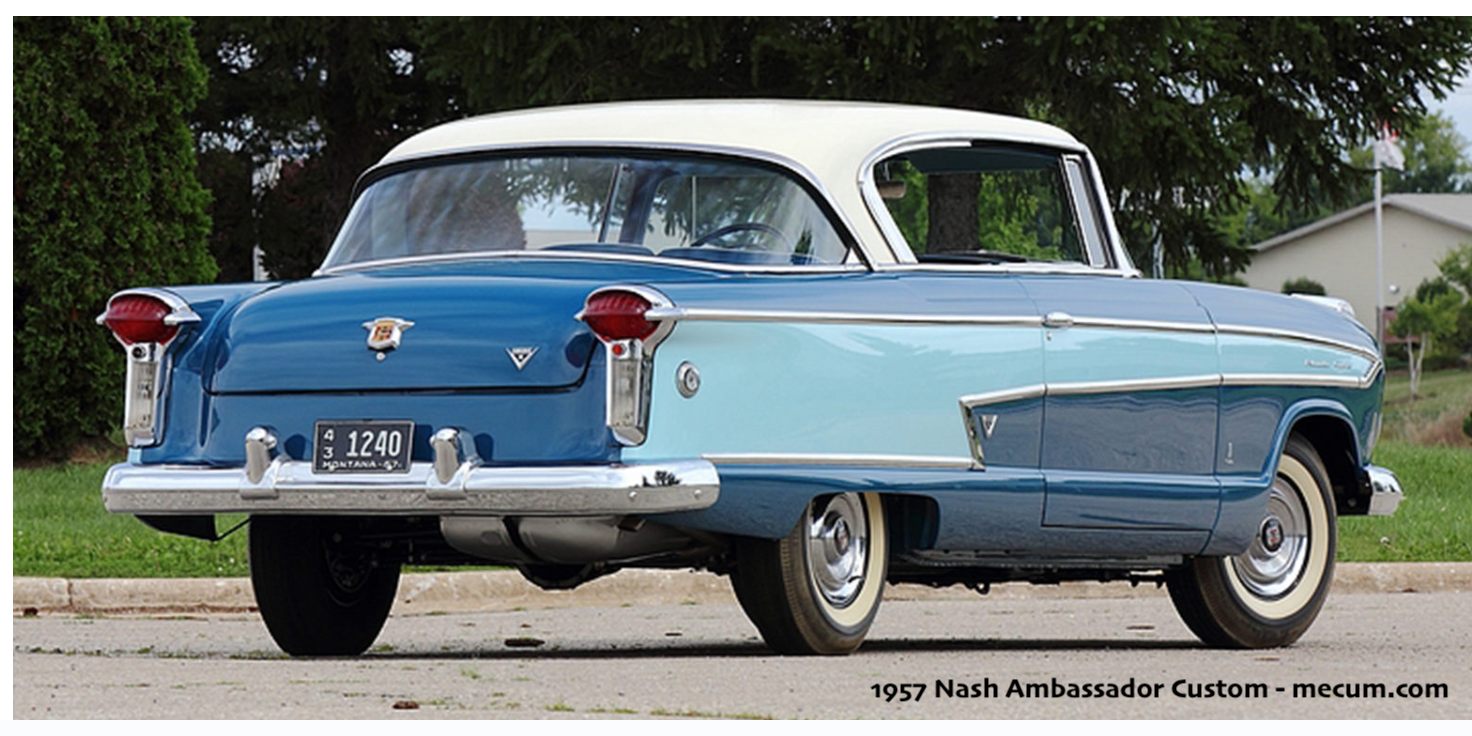 When Nash and Hudson came together in 1954 to form American Motors, I doubt if Hudson fans had anticipated this outcome. Starting with the 1955 models, all Hudsons were Nash-based cars, like this 1957 Hudson Hornet Super Hollywood. Their relationship to each other is very evident in the greenhouse (see the Nash inset), but perusing some photos one more time it looks like the trunklid (including the V8 emblem) and front & rear bumpers were also shared. The 1957 Hornets were Hudson’s swan song, and the choices were pretty skimpy: a four-door sedan and a two-door hardtop in each of two series, Super and Custom. Only 4,108 Hudsons were produced in Nash’s Kenosha, Wisconsin plant that year, all with AMC’s 327 V8. We saw this rare RealRide (266 were built) at the Harvest Day car show this past summer in Newfane.