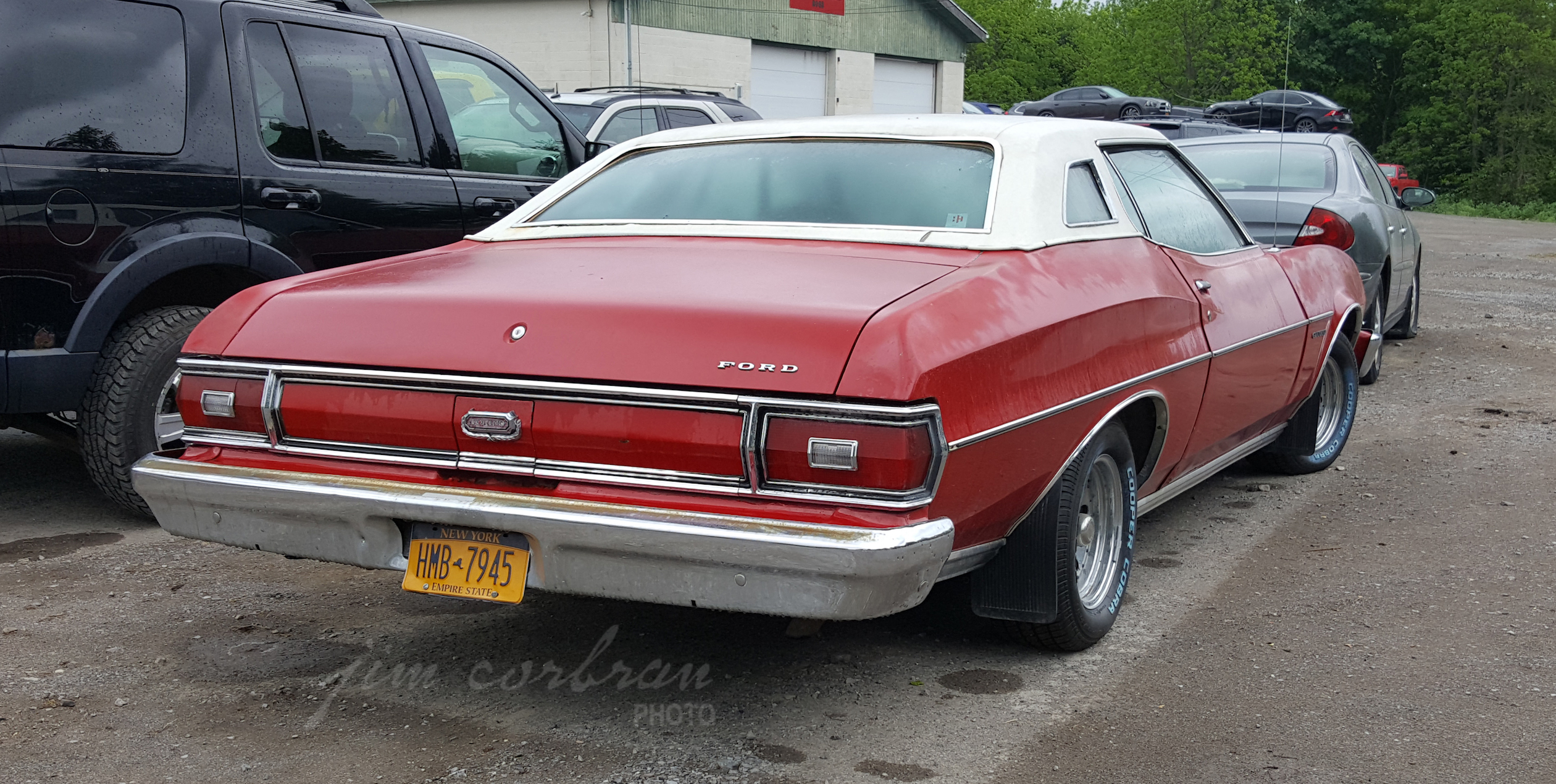 In the brochure, Ford called this 1975 Ford Gran Torino two-door hardtop “Our most popular Torino.” Which was a bit of a misnomer. Partway through MY 1974, a much more posh Gran Torino Elite model was introduced, outselling this lower-priced two-door in the Torino lineup by over 20,000 units. A model year later, starting MSRPs were $4,314 (Gran Torino) vs. $4,767 for the Elite (now a separate model) — with production numbers of 35,324 (GT) and and a whopping 123,372 for the Elite. With the downsizing of the Thunderbird for MY 1977, Ford decided the 1976 Elites would be the last. Saw this red & white example recently while driving through Leroy.