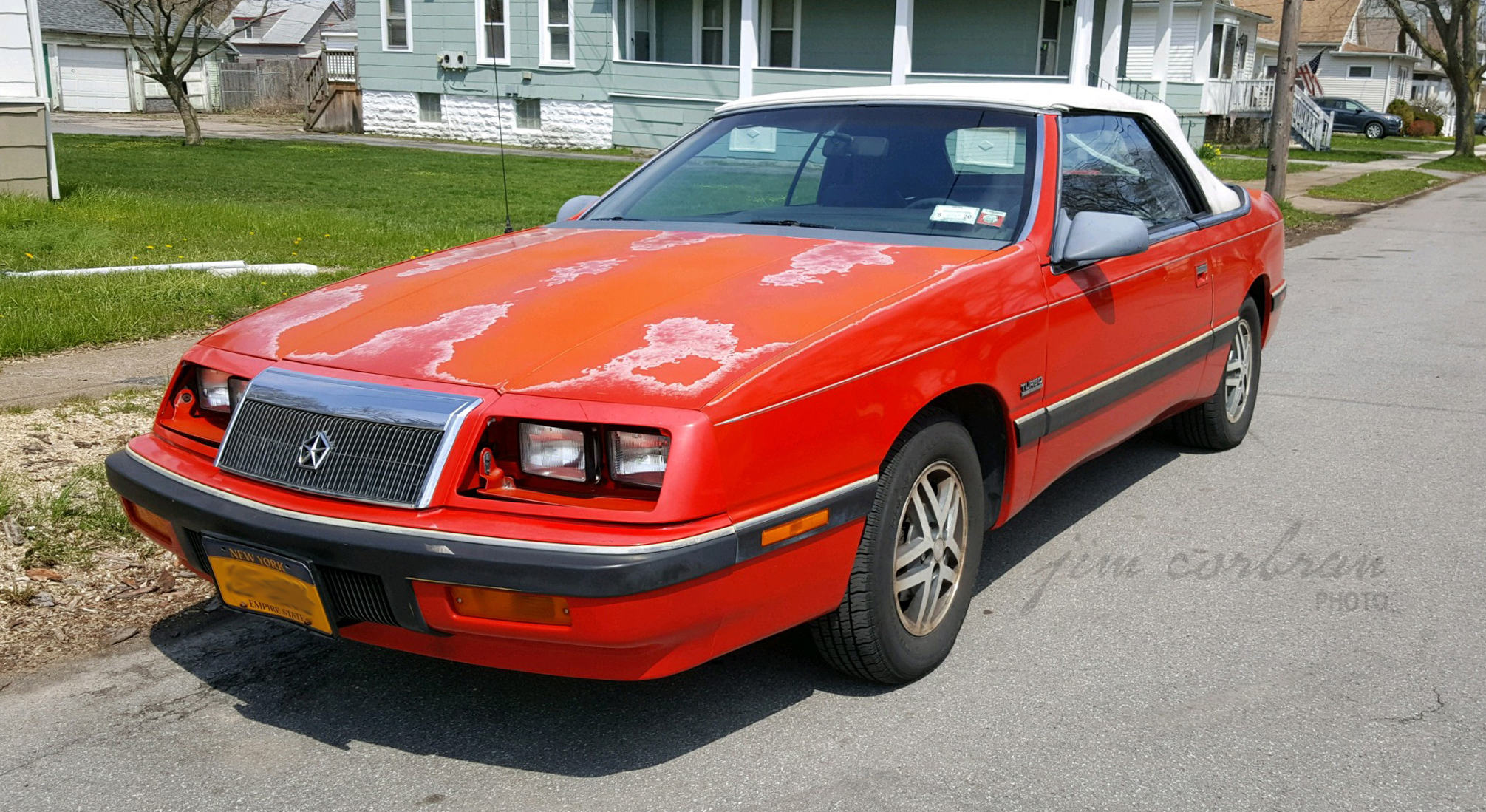 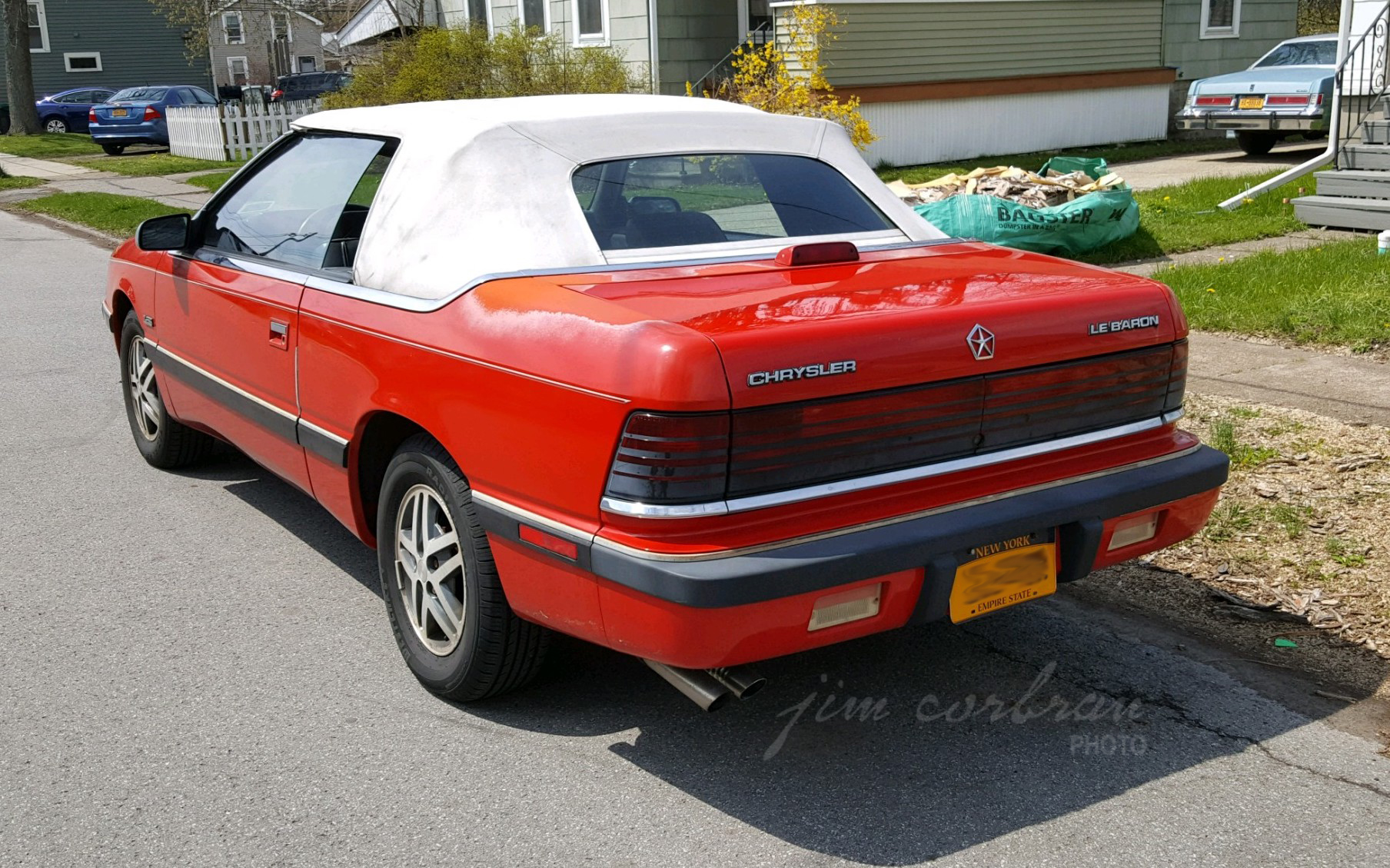 The writers of the 1989 Chrysler LeBaron Dutch brochure opined “Sophisticated, een word, een begrip dat nauwelijks kan worden omschreven. Je hebt, of je hebt het niet.” Or as we Yanks would say, “Sophisticated, a word, a concept that can hardly be described. You either have it or you don’t.” I think most observers would agree that the LeBaron looks much more sophisticated with its headlamp doors shut and its front license plated stored in the car’s glove compartment (see brochure illustration below).This reincarnation of the LeBaron name started life in coupe and convertible form for MY 1987 (not to be confused with the myriad of other LeBaron models on offer, in four-door sedan and station wagon guise, as well as the LeBaron GTS). We saw this red convertible earlier this year in Tonawanda.