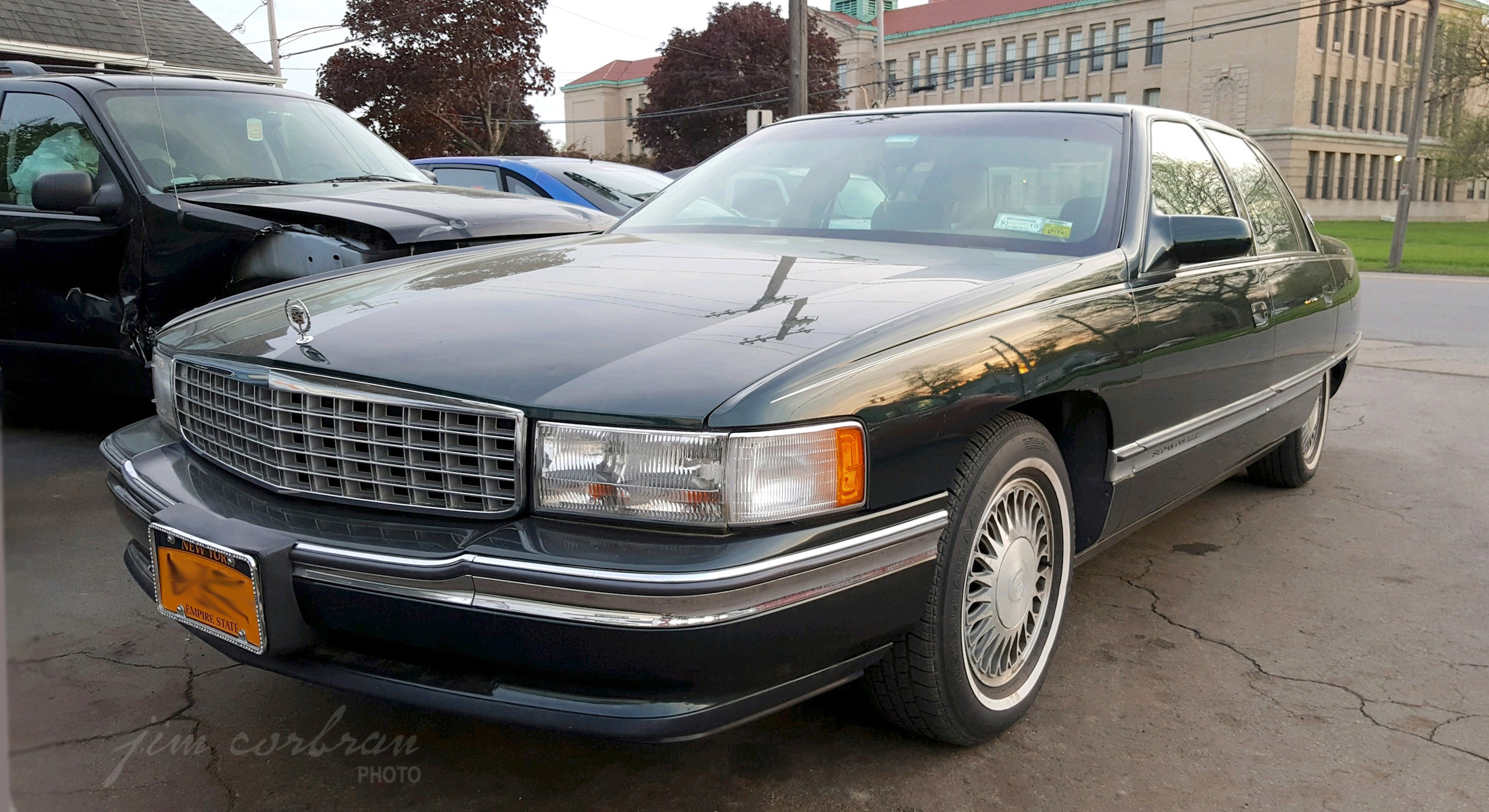 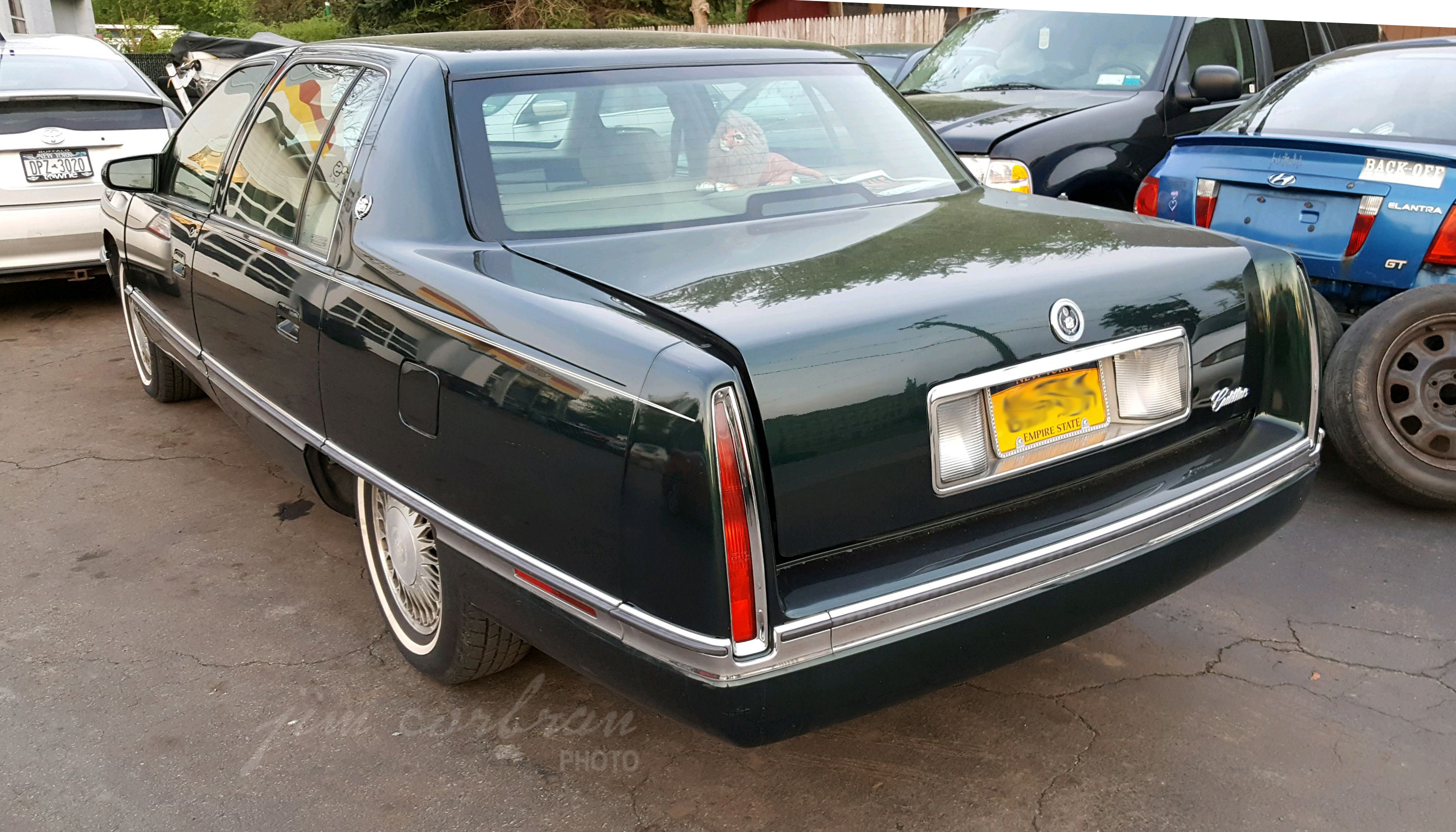 This 1995 Cadillac Sedan DeVille is certainly smaller than the Caddys I remember seeing in bejeweled magazine ads as a young lad, where they were touted as being “…so practical to own and so economical to operate that it is acknowledged motordom’s wisest investment.” Where are ads like those today? When was the last time you saw a car ad in a magazine with photos captioned “Furs by Robert, Detroit,” “Gowns by Sophie, Saks Fifth Avenue,” and “Jewels by Harry Winston…” Talk about a bygone era! The ’95 DeVille may have been smaller than its predecessors, but it was still one of the larger American cars being sold. And that, is all that mattered. Saw this one a few summers ago in Tonawanda.