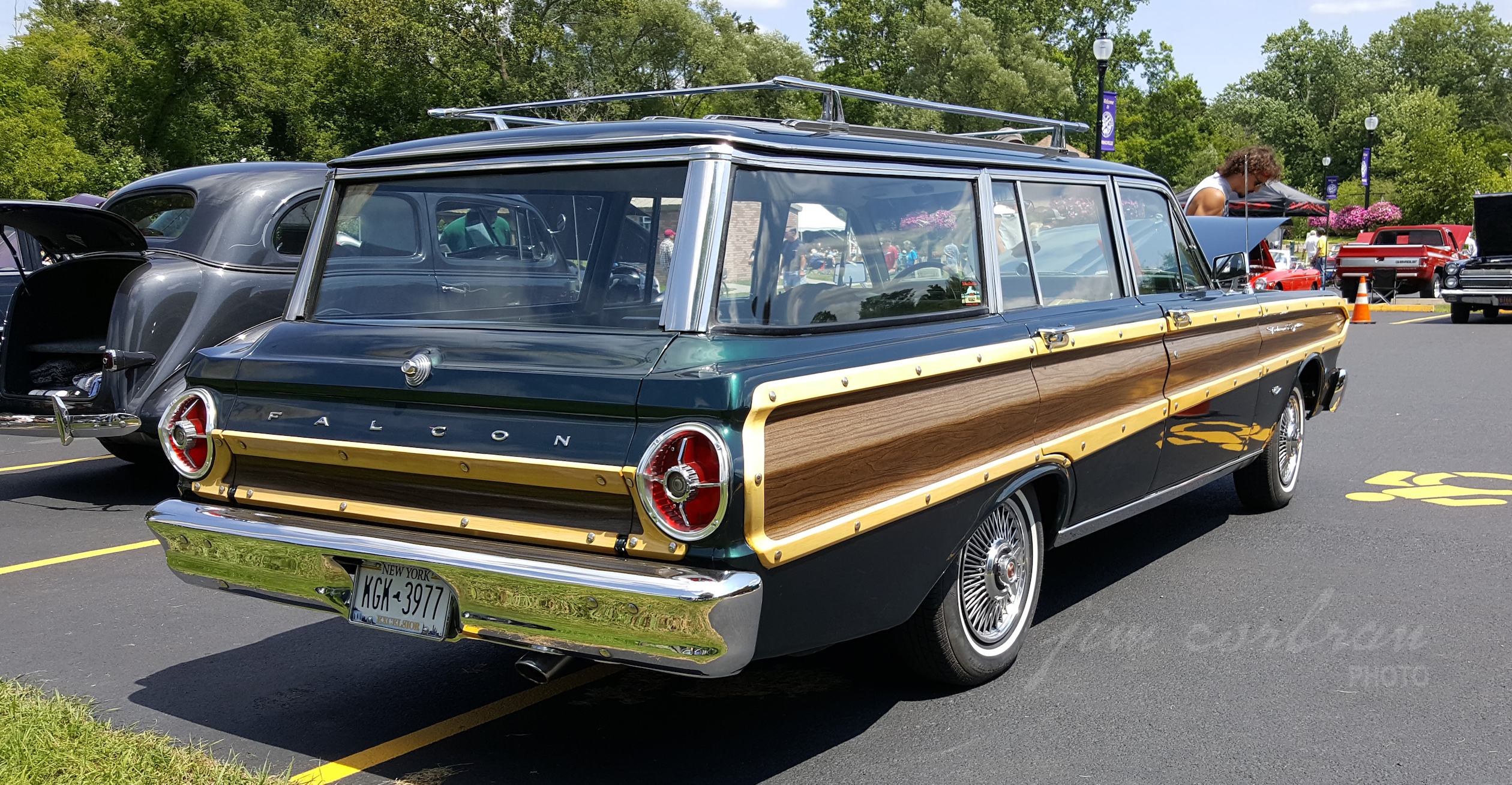 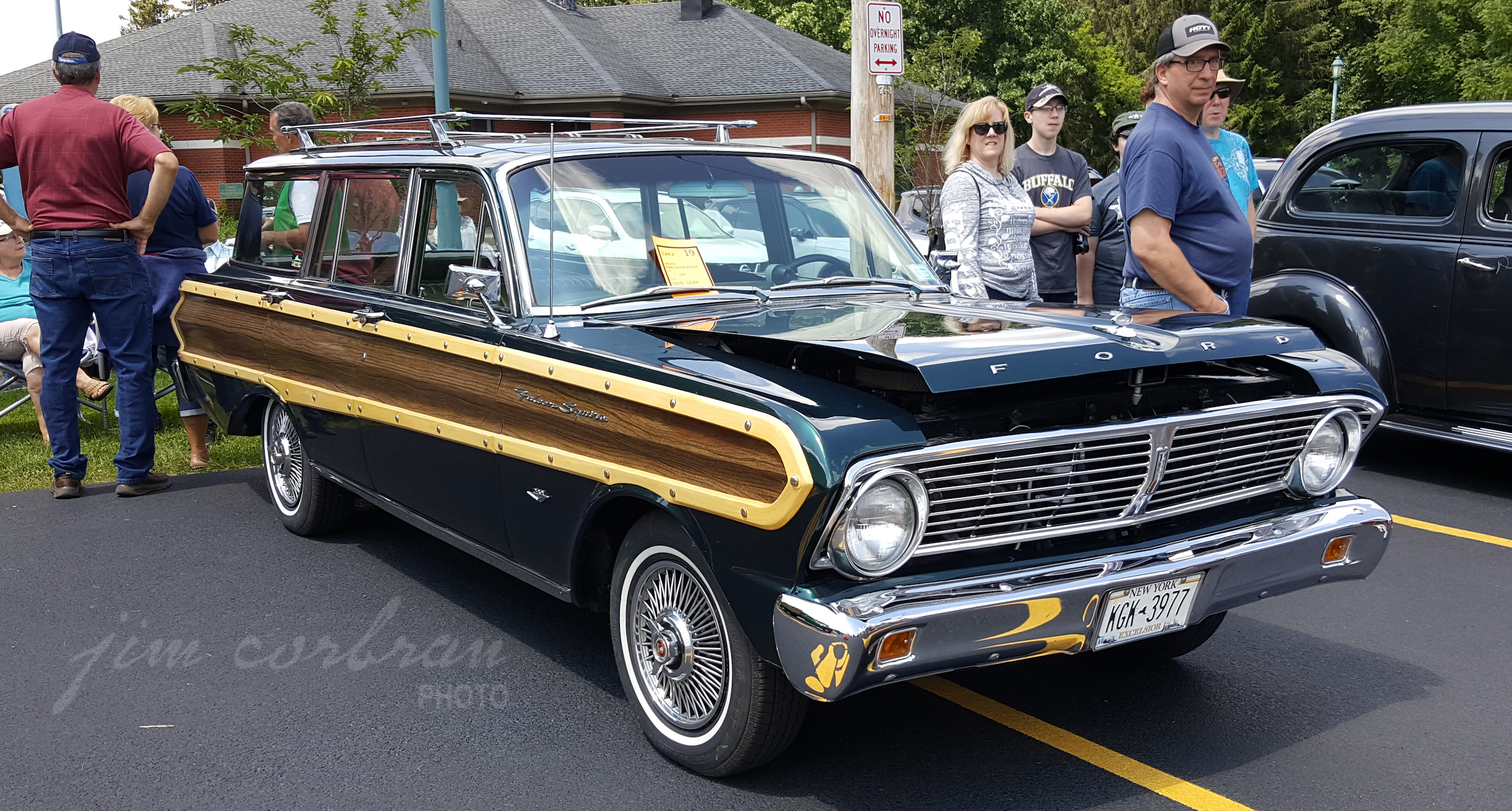 The cars we remember in our neighborhoods 50 or so years ago… so many of them ended up on the scrap heap, yet myriad Tri-Fives, ‘Vettes, and two-seat T-Birds seem to have somehow survived. But every once in a while you come across something like this 1965 Ford Falcon Squire at a car show which puts a smile on your face. This was the top-of-the-line Falcon for MY 1965 — although, at $2,665 it was six dollars cheaper than the Sprint convertible, which itself was, surprisingly, $57 more than a Mustang droptop. Go figure! Ford produced just 6,703 ‘65 Falcon Squires as their compact continued to (seemingly) lose sales to the mid-size Fairlane lineup. This beautiful Ivy Green Squire was seen last month in Springville at the Fiddle Fest Car Show.