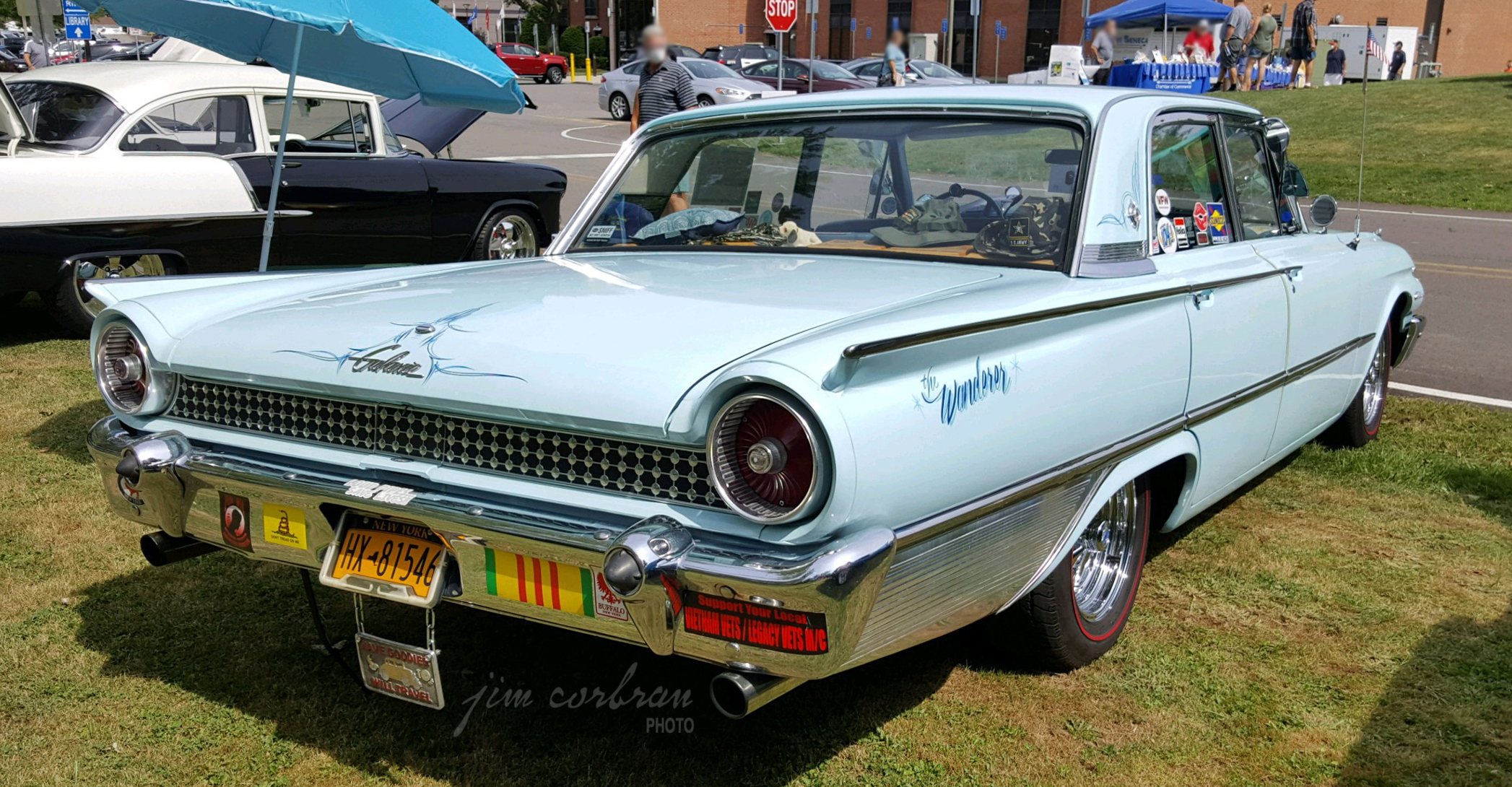 Seeing a 1961 Ford Galaxie Town Sedan at a car show is a rarity. At least in my experience. This was the third year for the Galaxie nameplate, and the last year for it to sit at the top of Ford’s hierarchy. Beginning in MY 1962, the top-line full-size Ford would have been the Galaxie 500, with the base model carrying the Galaxie moniker. Fairlane and Fairlane 500 names, used for the lower-end models of the 1961 big Ford lineup, would be used starting in MY 1962 for Ford’s new mid-sized entry. We saw this one last month at the annual summer car show which is usually held during the Taste of West Seneca. This year it ran on its own.