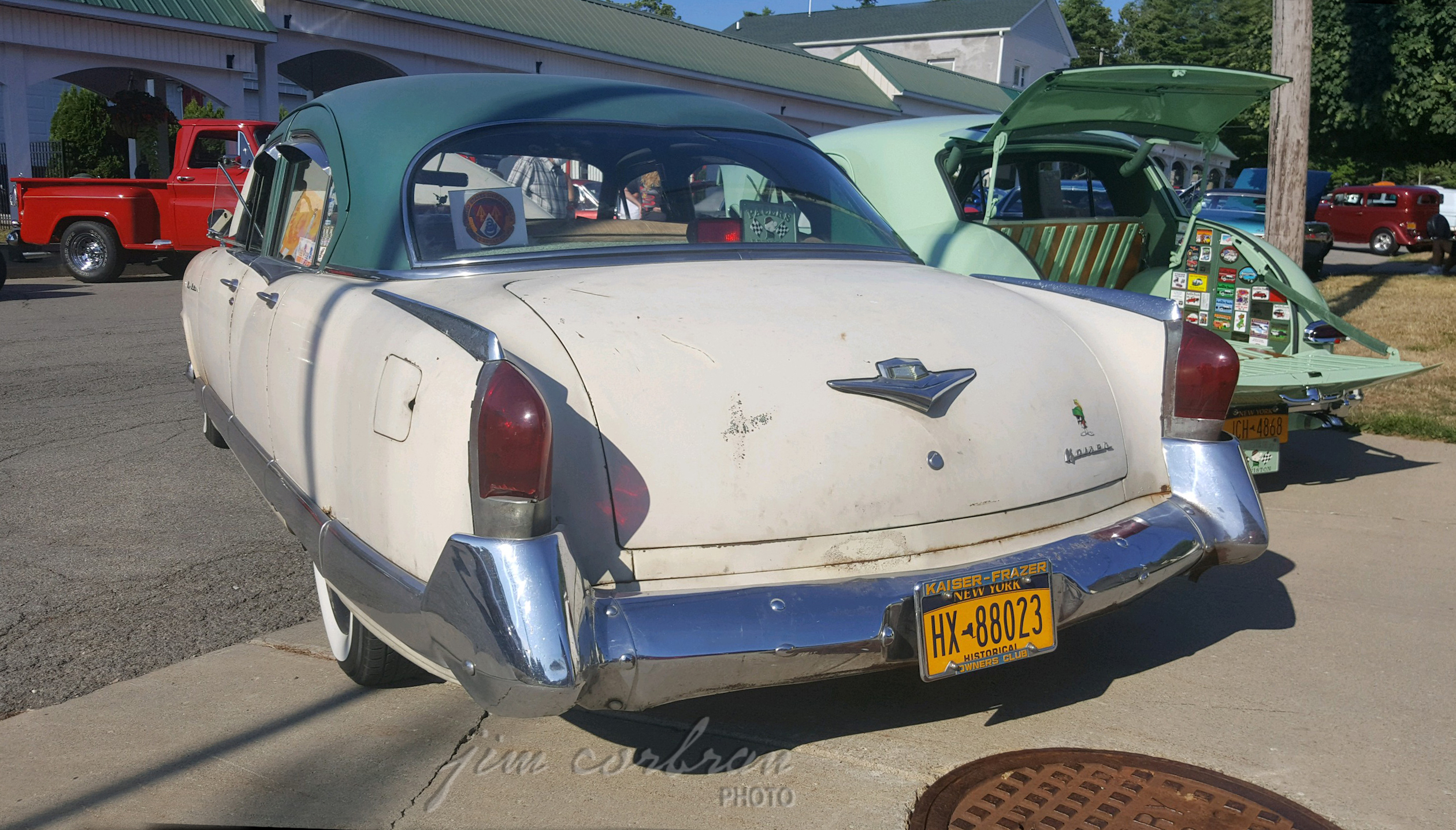 From this angle, this 1953 Kaiser Manhattan looks like a well-preserved survivor. When we came across it at a cruise night over the summer in Olcott though, the sign shown here, which was at the front of the car, told a different story. When this car left the factory in Willow Run, Michigan (previously owned by Ford), it would have had a 226.2cid inline L-head six under the hood, hooked up to either a three-speed manual transmission or the optional Dual-Range Hydra-Matic which was sourced from General Motors. Kaiser advertised its big sedans as having “…more glass area than any other American car.” Its front and rear windscreens were also shaped differently from any other car on the road (see the illustration below from the 1952 brochure). Next to the ’53 you might notice the 1950 Kaiser Traveller which is owned by the same guy. We’ll be looking more closely at it here soon. 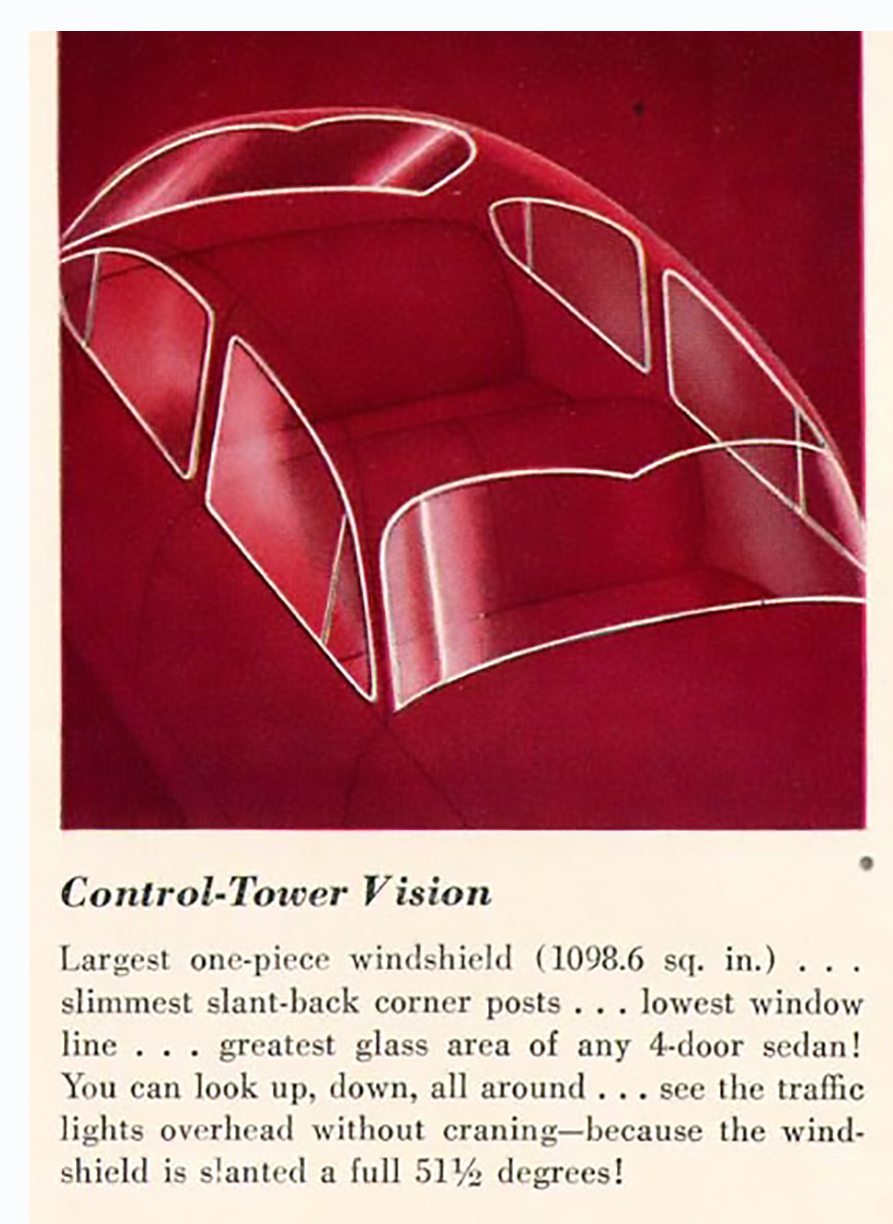