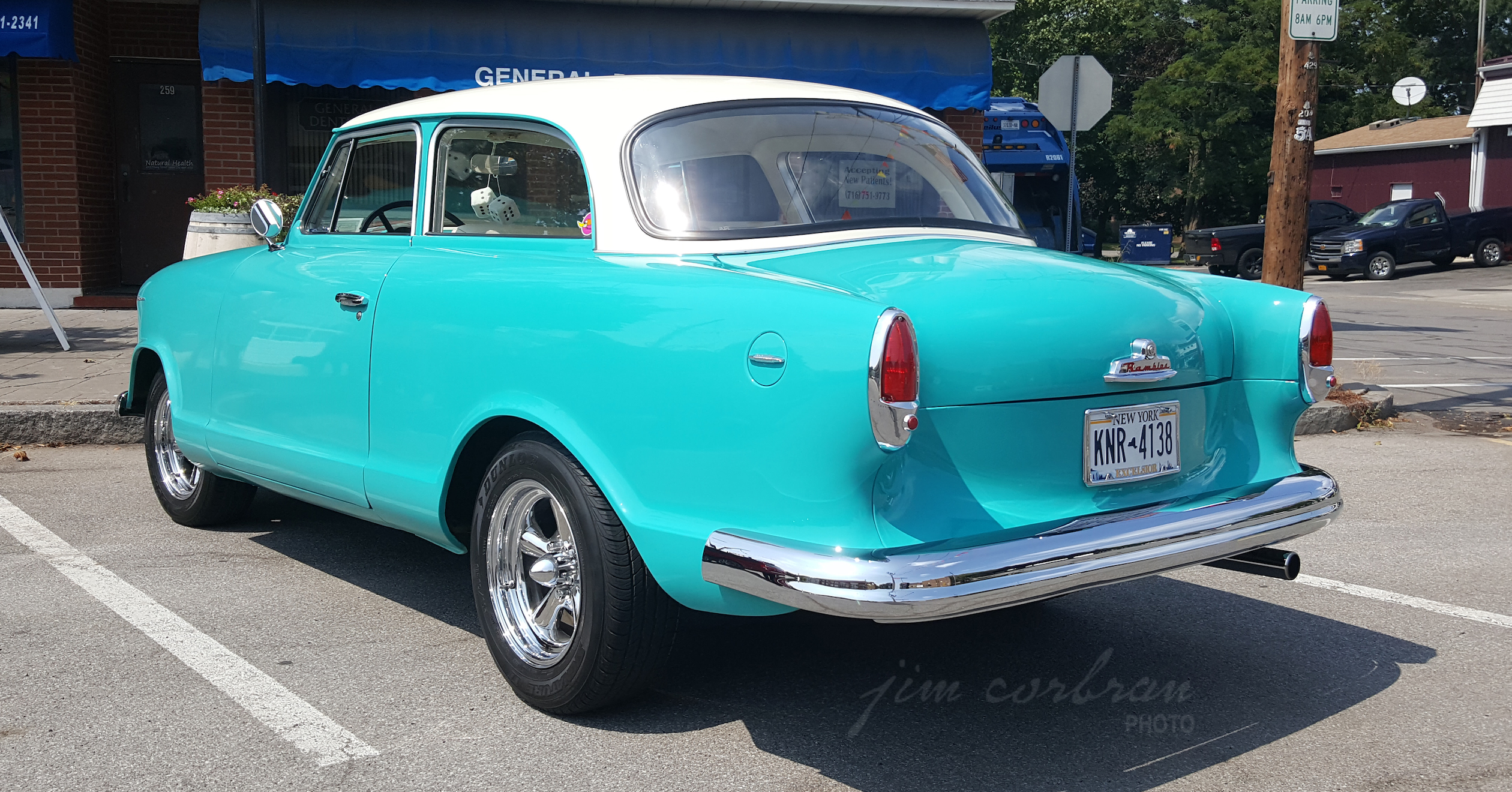 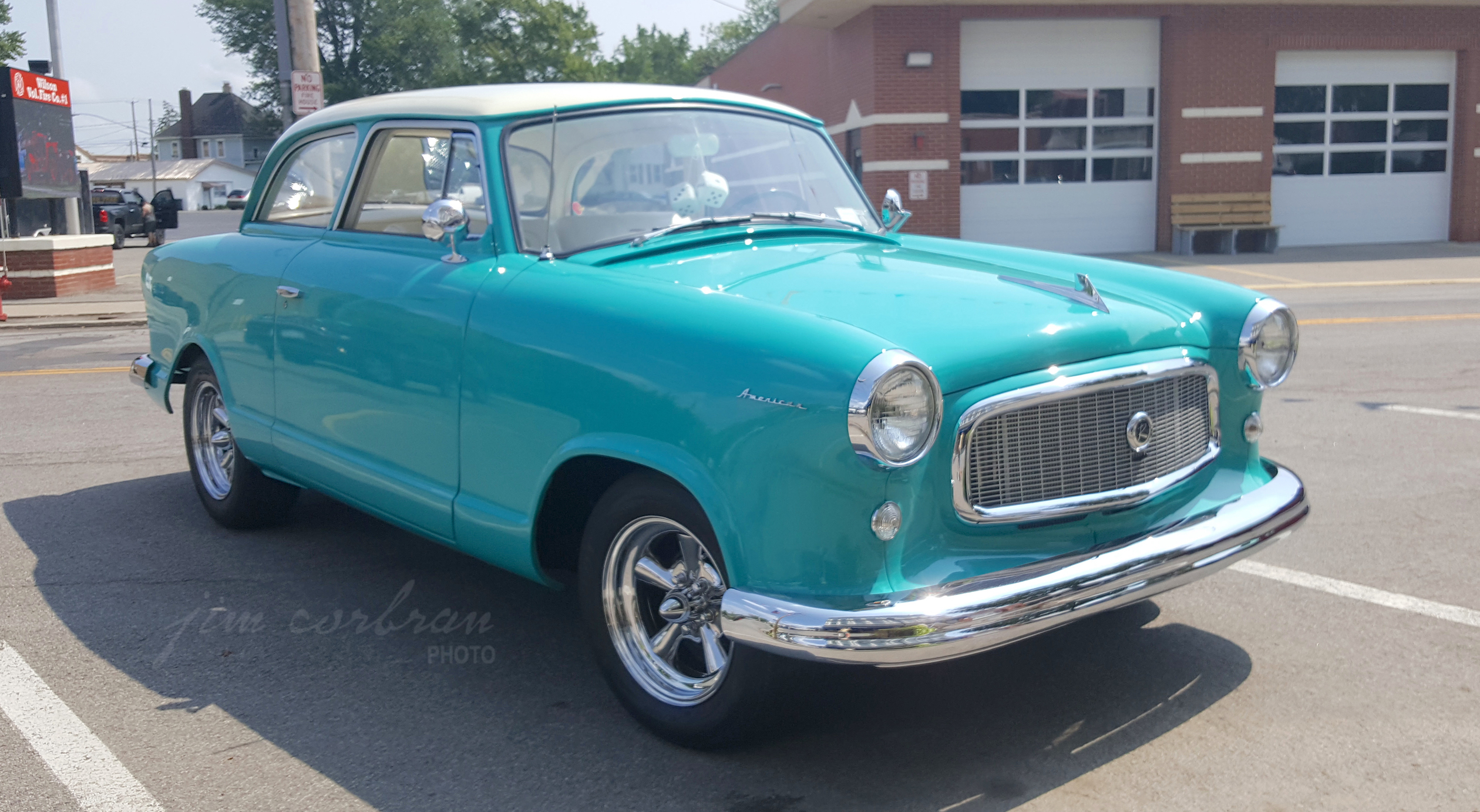 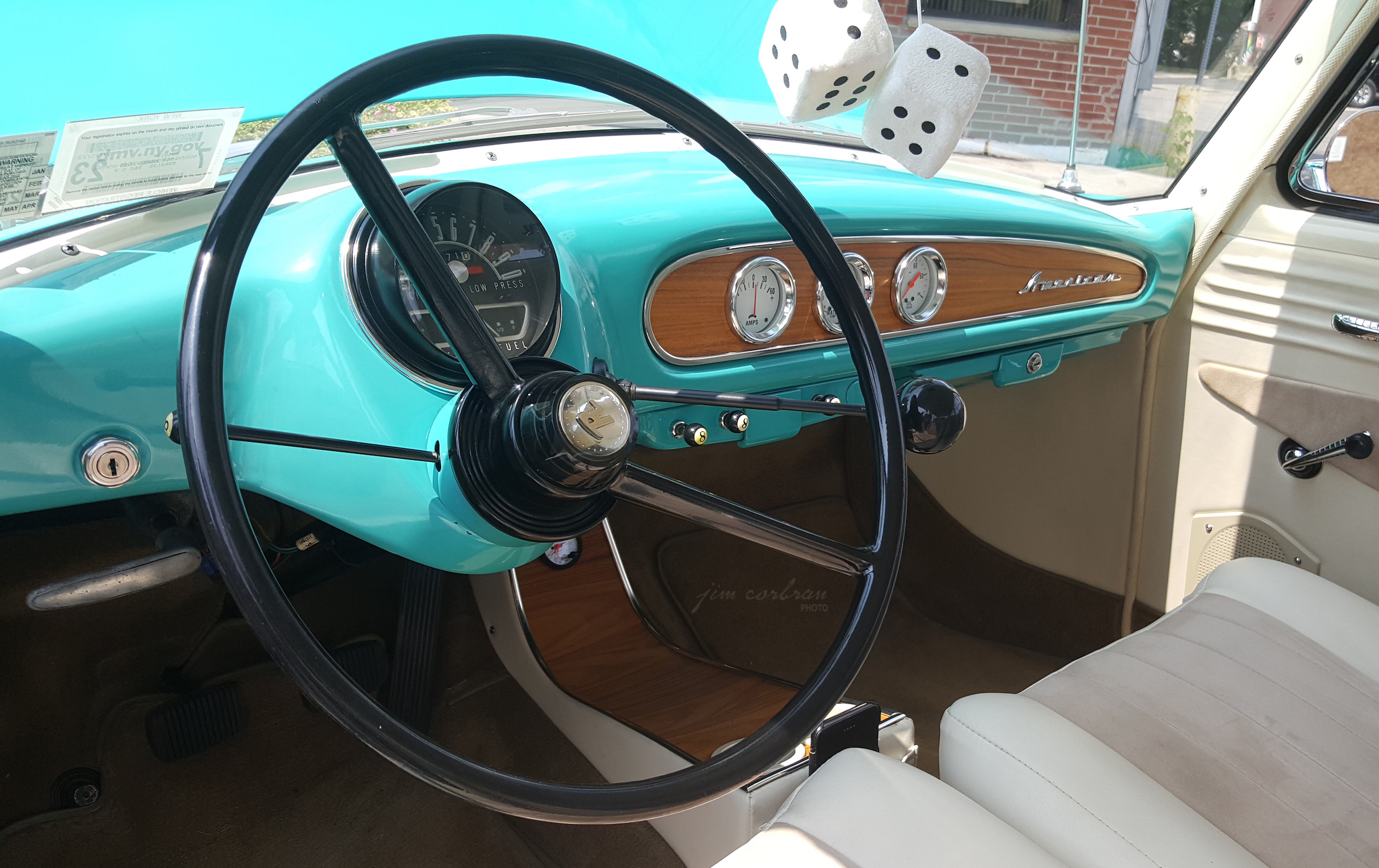 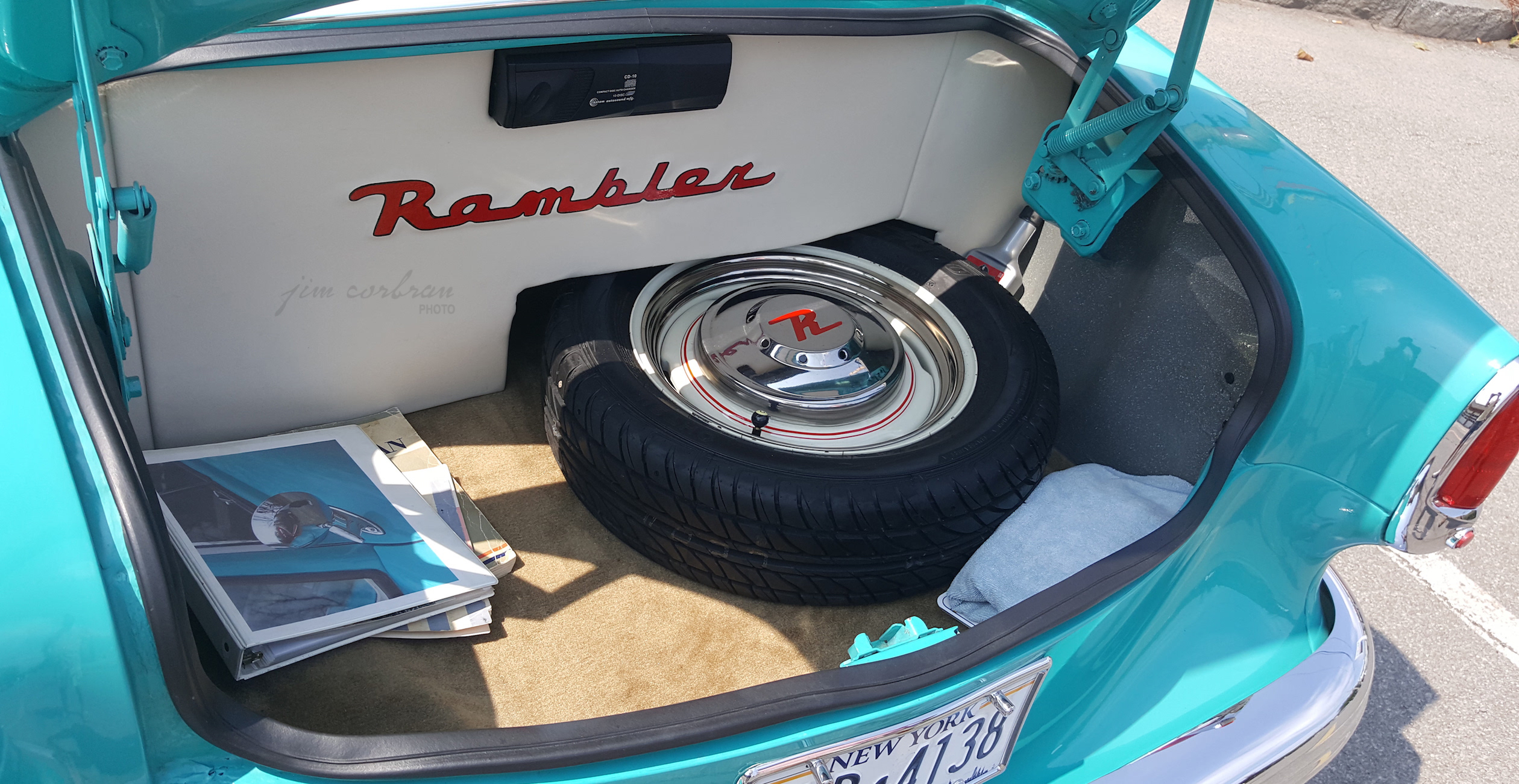 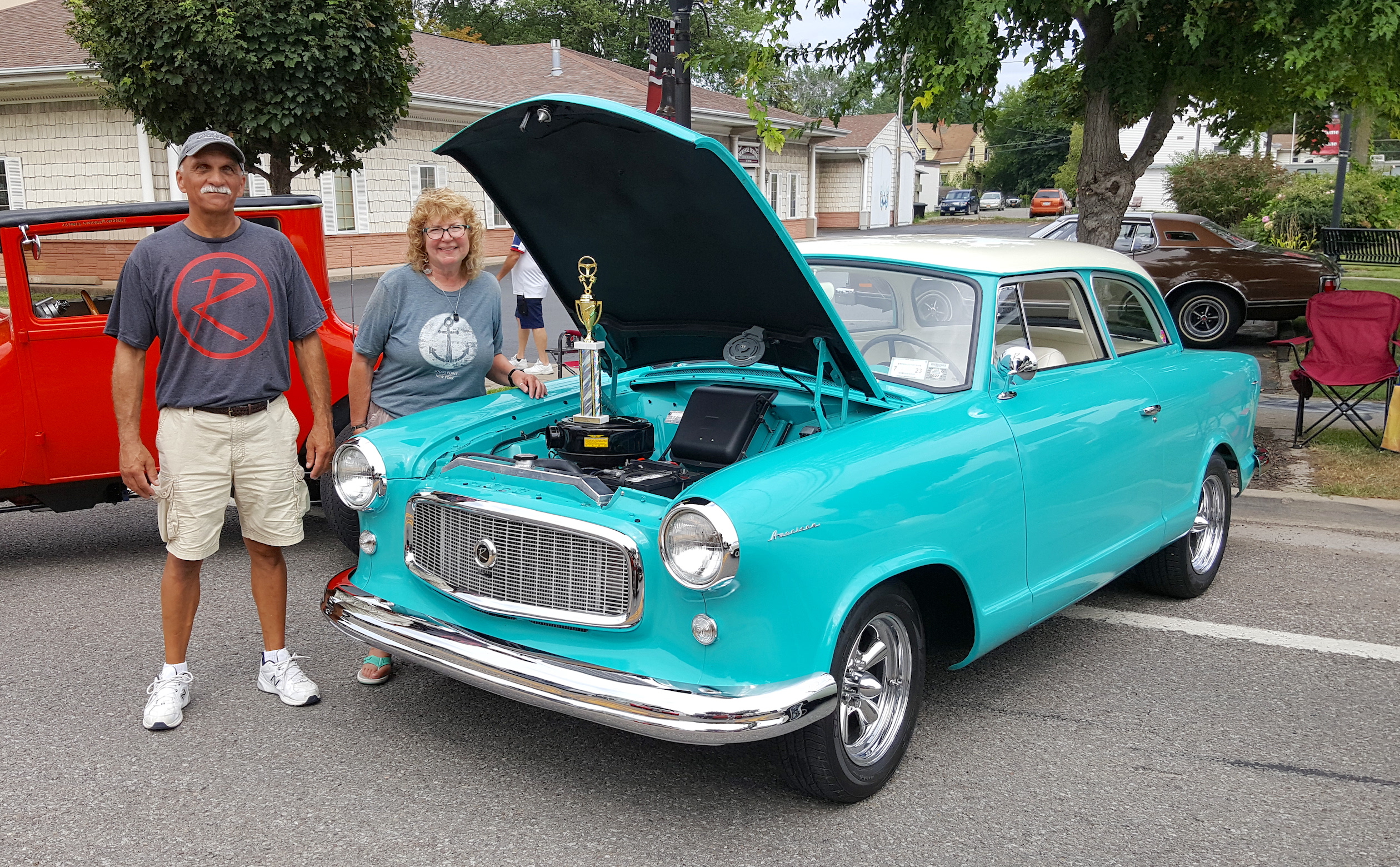 Had a craving for some yummy cookies last week so I told my friend Terri McDonald-Gale I’d be taking a drive up to Wilson to visit her at the Cookie Cottage. “I’ll have Neal (her husband) bring the Rambler over,” she told me. “The Rambler” is this nifty 1959 Rambler American Deluxe Club Sedan, which they recently purchased in Michigan. Under the hood is the original (but nicely detailed) Super Flying Scot flathead six, which is connected to a column-mounted three-speed manual transmission (with an Eight-Ball shift knob!). Paint, interior, tires/rims, and the trunk have all gotten modern updates, none of which detract from what American Motors called “…the Rambler American’s clean, crisp lines [which] will remain in style for years to come.”  Click here for a link to a video of the car on YouTube, where it apparently spent some time in Dallas, Texas.

**(Note: the bottom photo above is from yesterday's Newfane Harvest Day Super Cruise, where Neil & Terri earned their first trophy!) 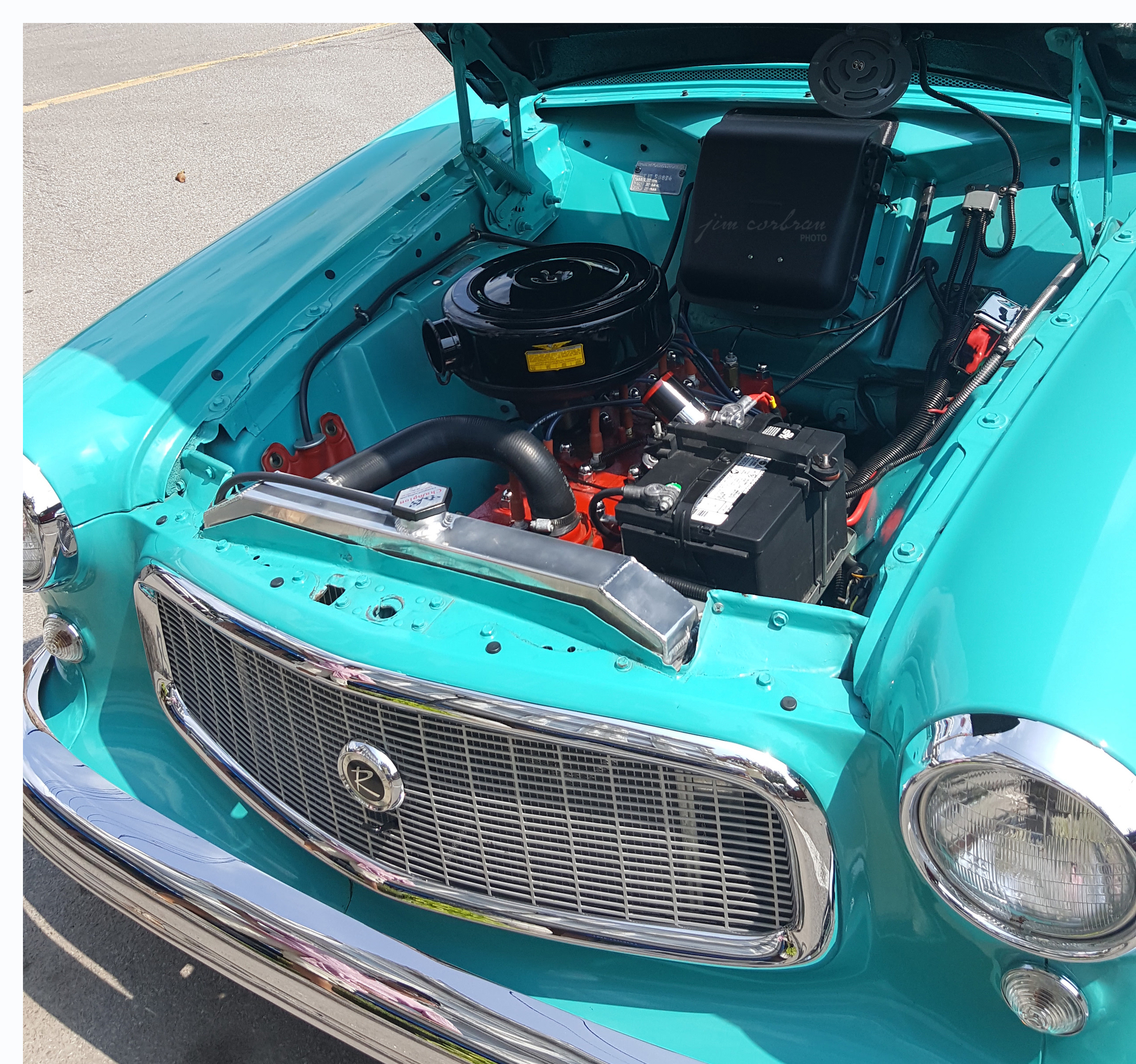