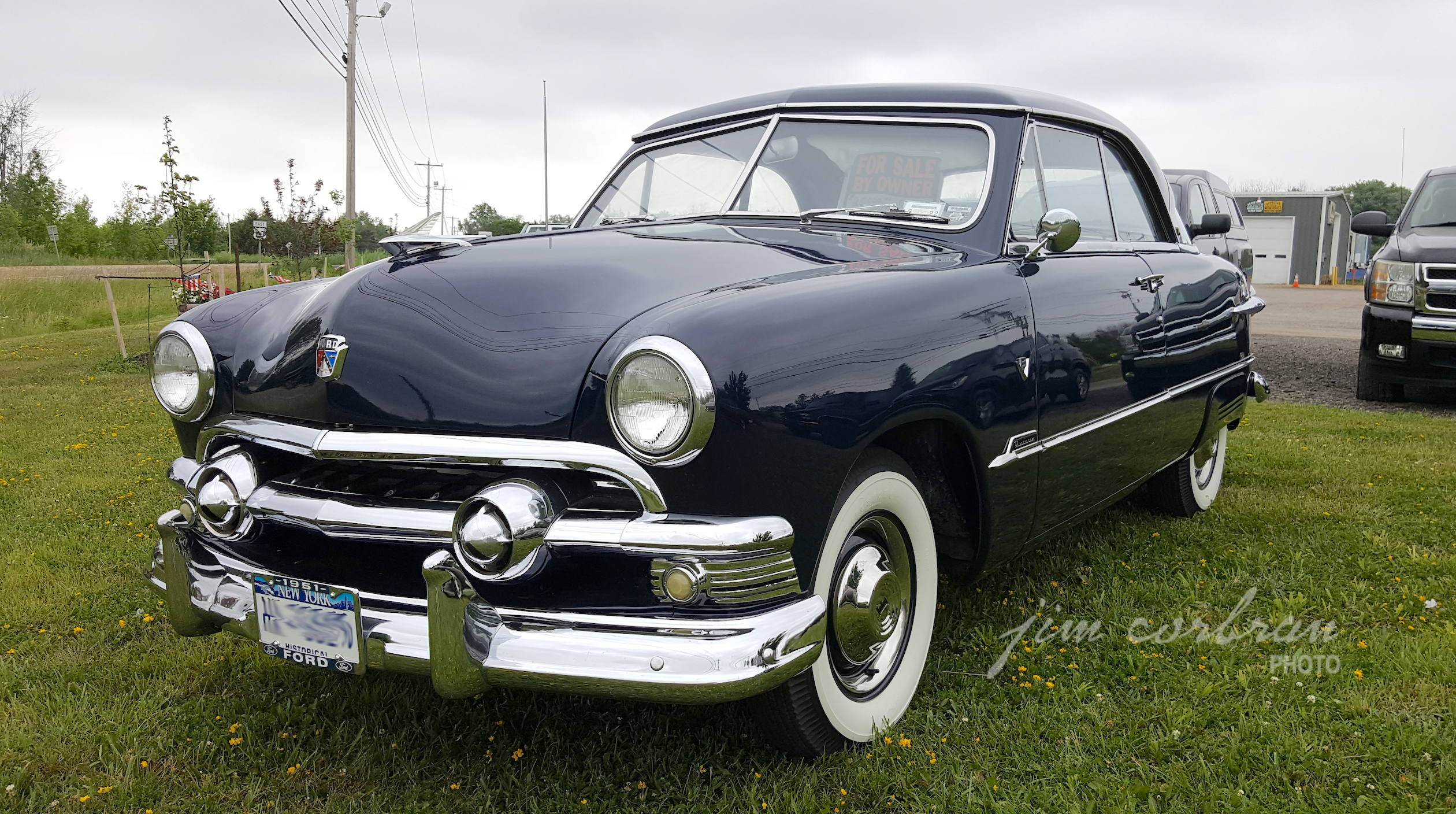 It took a little while, but this 1951 Ford Victoria marked the Blue Oval’s first entry into the hot new pillarless hardtop category. Ford called it “Convertible smart… sedan snug! …the last word in car design.” General Motors started it in 1949 with the Cadillac Coupe de Ville and Buick Riviera. Ford countered GM’s 1950 hardtops from Pontiac, Olds, and Chevy with a tarted-up two-door sedan they called Crestliner. Sorry HFII, not even close! The ’51 Victoria was a handsome addition to the lineup, but wouldn’t be joined by stablemates Mercury and Lincoln until their total makeovers for MY 1952. Saw this sharp one a few weeks ago for sale in Evans.