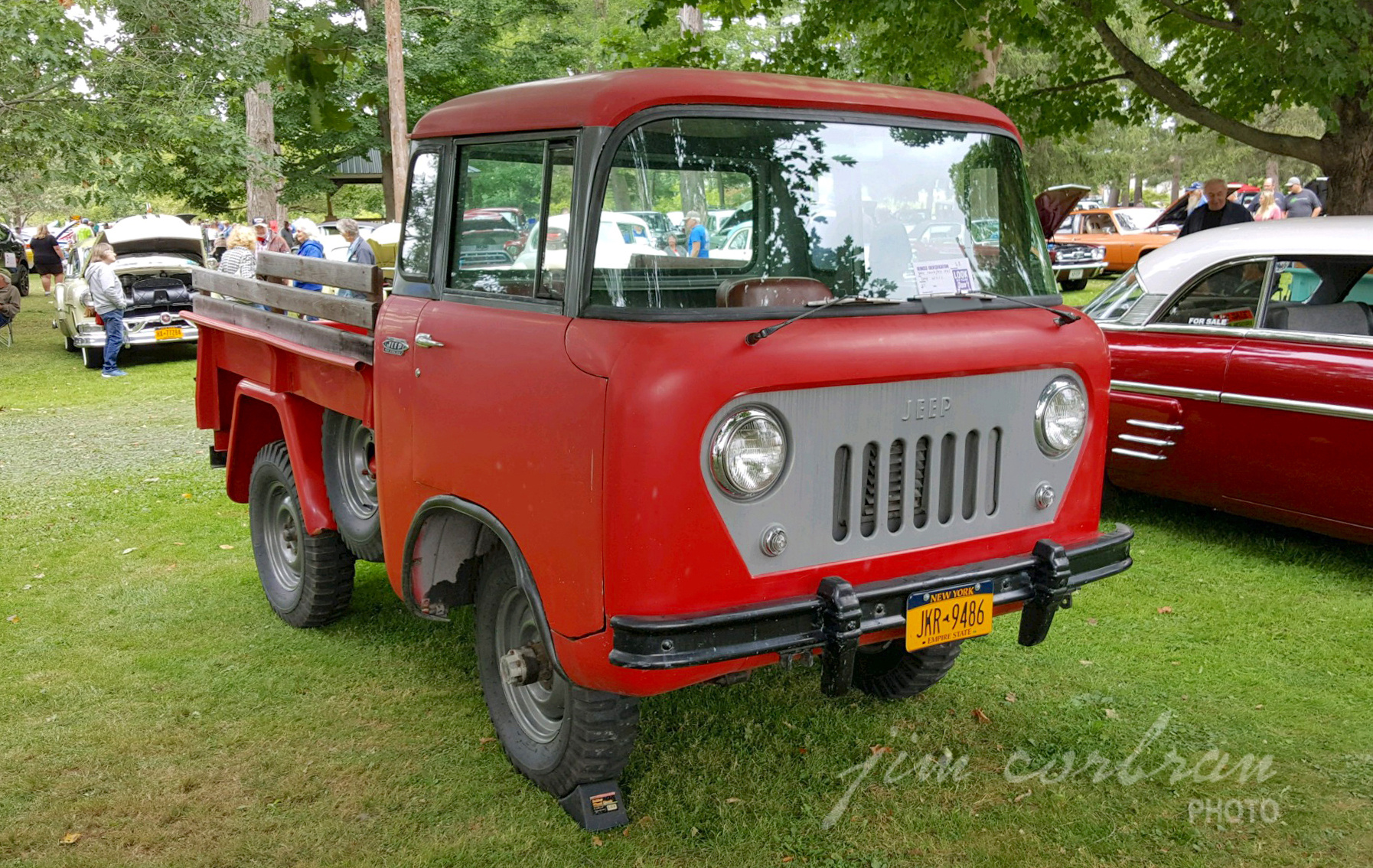 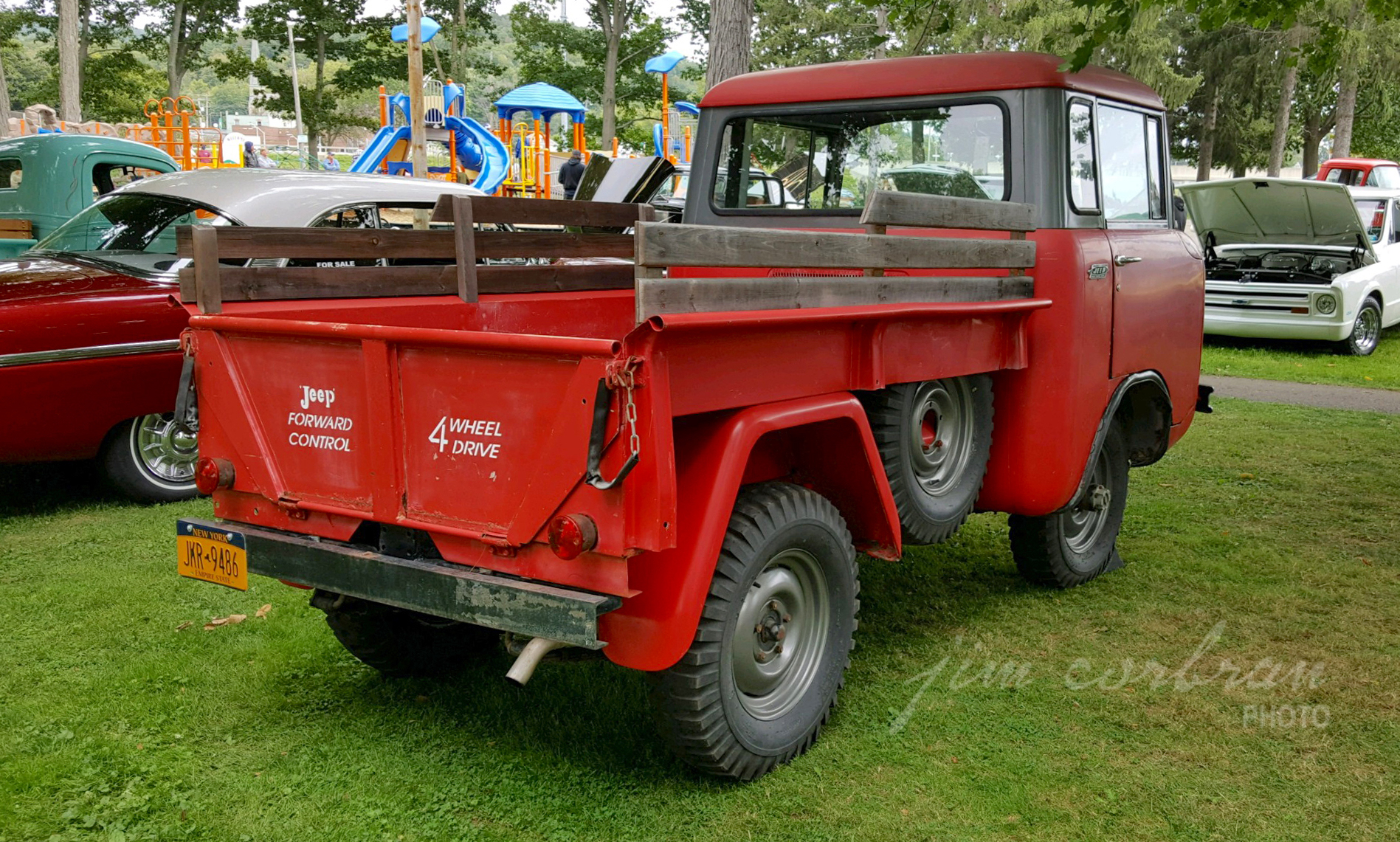 Willys Motors realized back in the early 1950s that, as popular as its WWII-style Jeep was with the American public, it needed more than that to survive as an automobile manufacturer. The Willys sedans were going nowhere fast (literally, Lol…) so for MY 1957 they rolled out the Forward Control lineup. A trademark Jeep-like front grille made sure the public was aware of its lineage, while putting the passenger compartment above the engine made for a very maneuverable little pickup. The four-wheel-drive FC was billed by Willys as “performance with real economy,” with their Hurricane 4-cylinder engine providing the power. We came across this 1957 Jeep FC-150 last month at the Park in the Park Car Show in Wellsville.