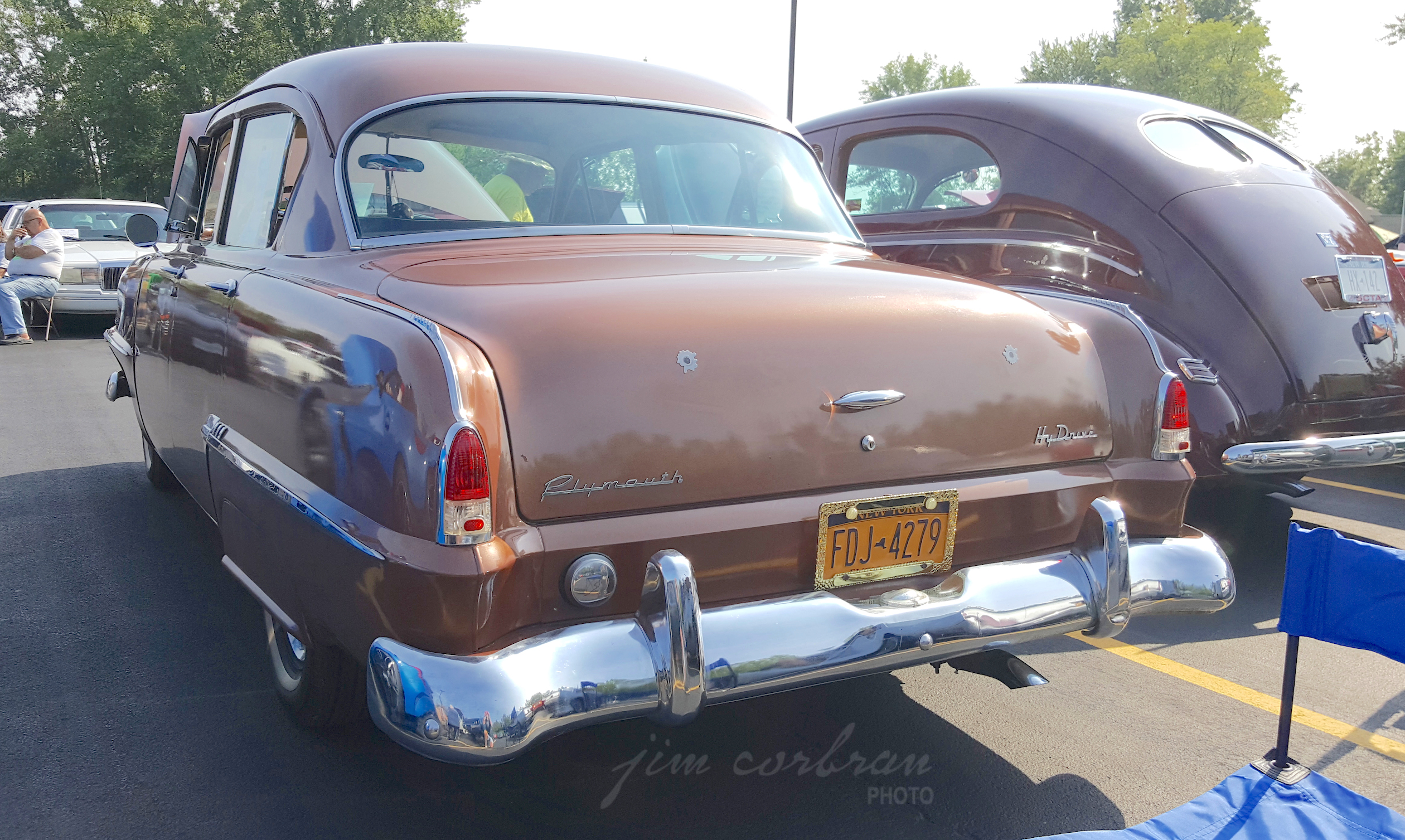 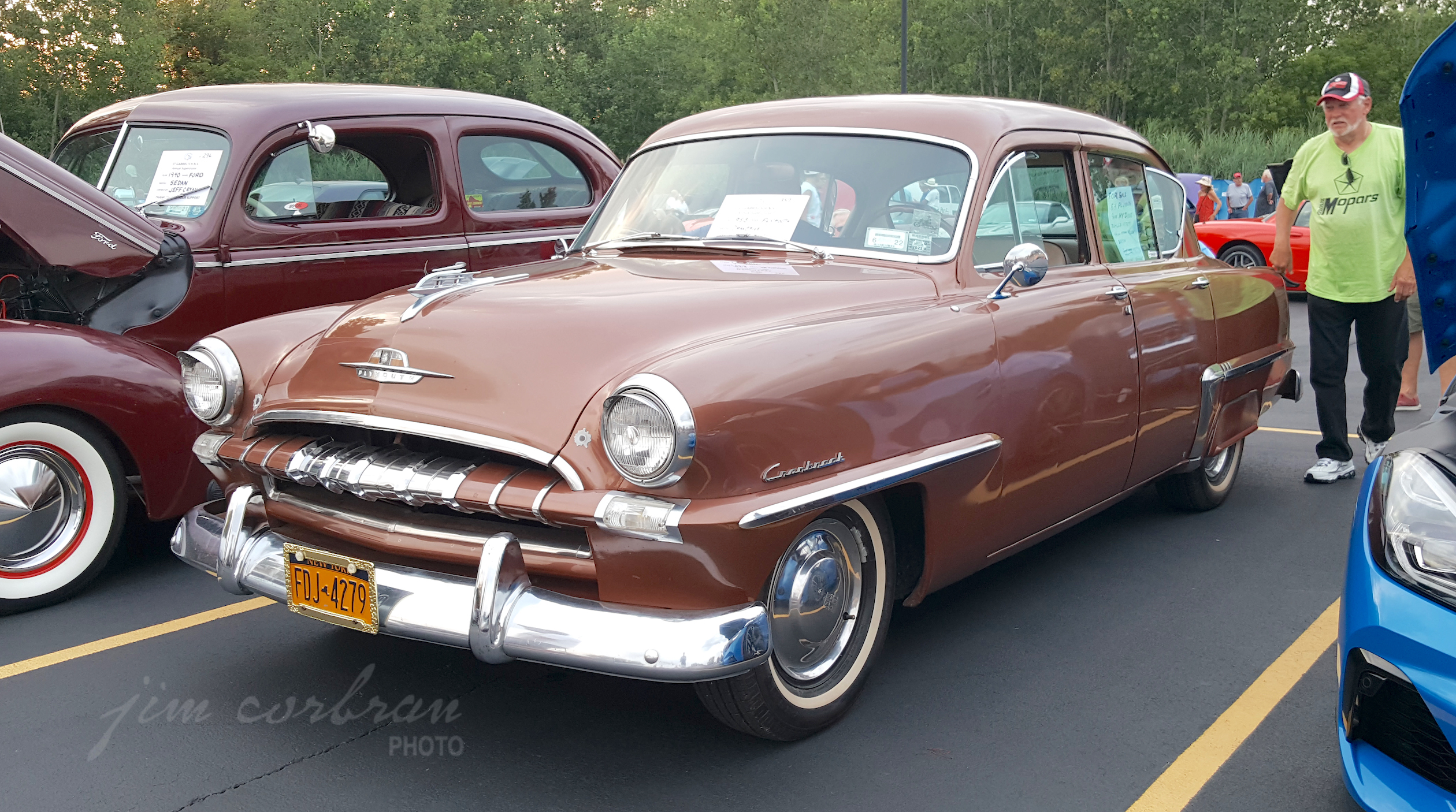 This 1953 Plymouth Cranbrook marked quite a departure from the 1949-52 models from Plymouth, yet it still didn’t quite have that joie de vivre look of the competition from GM (and maybe to a lesser extent, Ford). Luckily for Mopar fans though, this exercise in tall styling would last only two model years until the “All-new ’55 Plymouth — the biggest car in Plymouth history… longer, lower, wider!” would appear two years down the road. For now, the all-new ’53 Plymouth buyer would have to settle for short (lengthwise), tall (heightwise), and narrow. These weren’t bad-looking cars, just (IMO) rather uninspiring stylewise. Saw this one at the annual car show put on by the Holy Name Society of St. Gabriel’s Church in Elma earlier this month.