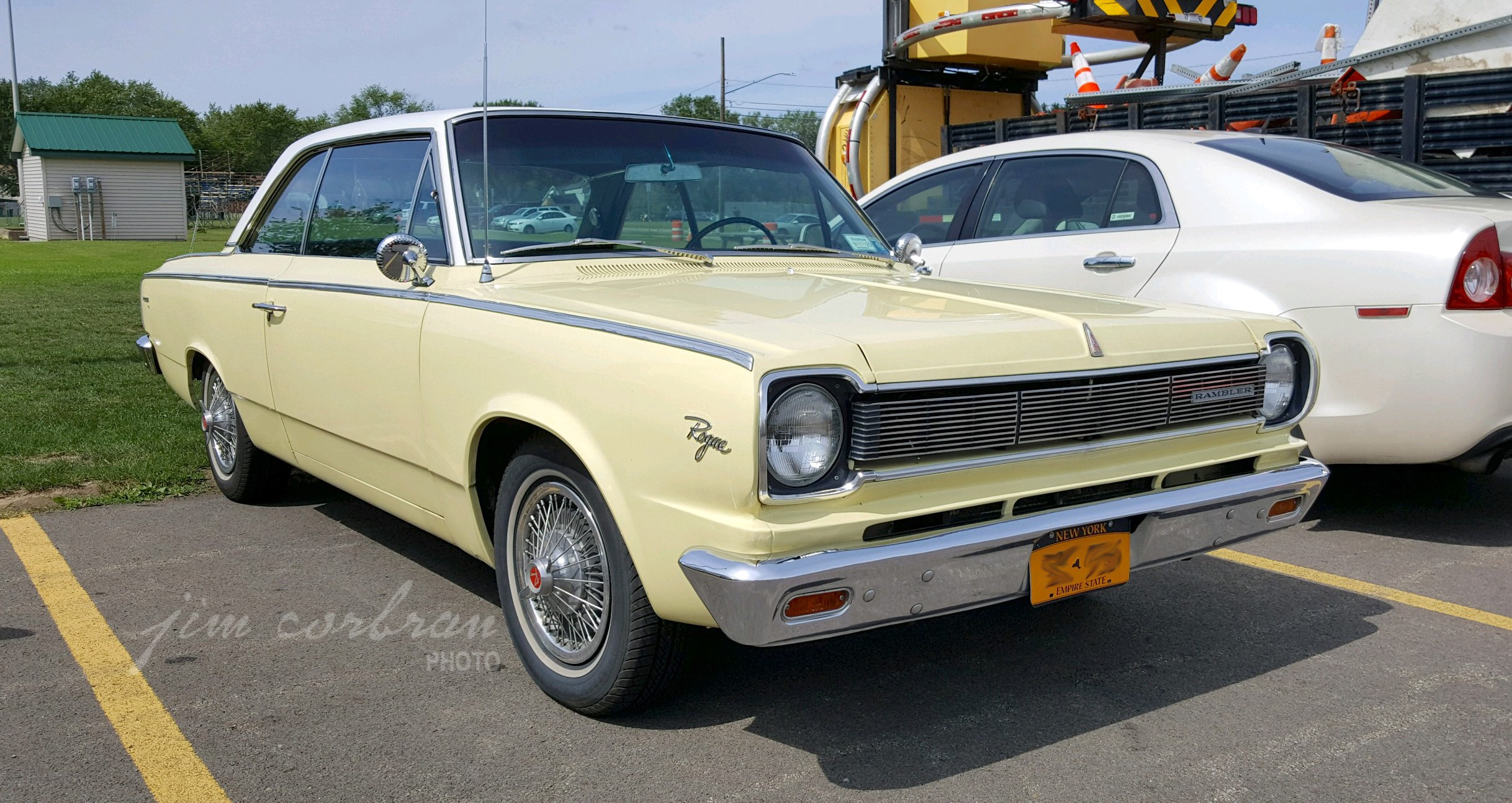 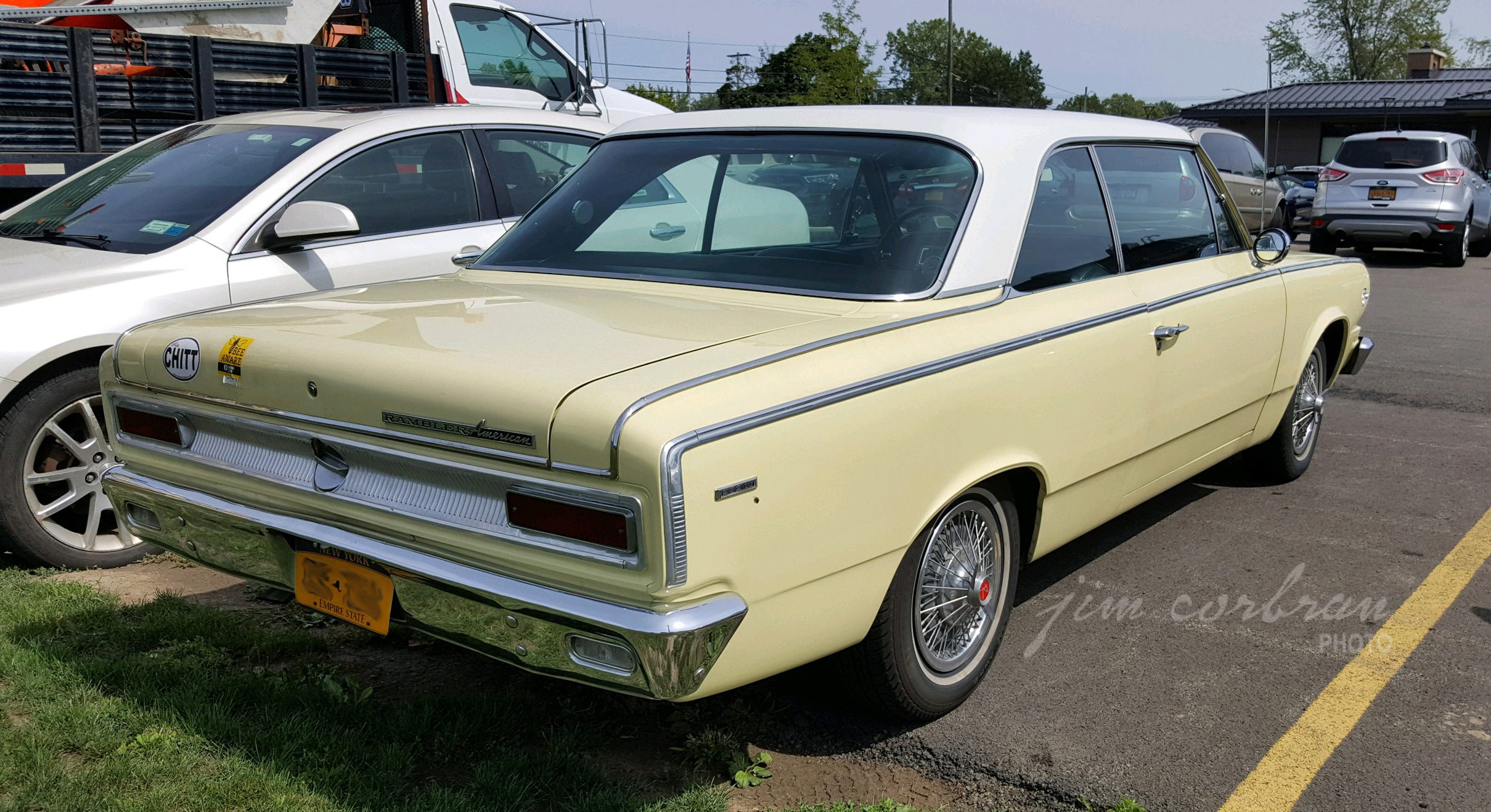 While the 1966 Rambler Rogue was certainly no muscle car (standard engine was a 199cid inline six), it did add a little glamour to the Rambler American lineup, and gave it a car to compete with the likes of Ford’s Falcon Futura and Chevy’s Corvair Monza. This was the third year for the American’s styling cycle, and it would soldier-on through the end of the line which culminated with the 1969 models. Personally, I thought every Rogue back in 1966 came as a Black and Gold two-tone like the one at the bottom of the page… maybe because the cars used for the press all seemed to sport that combo? Today’s RealRide appears to be wearing an Apollo Yellow/White combination. And from the rear fender badge we see it’s equipped with AMC’s optional 232cid inline six. We came across it a few weeks back in West Seneca. 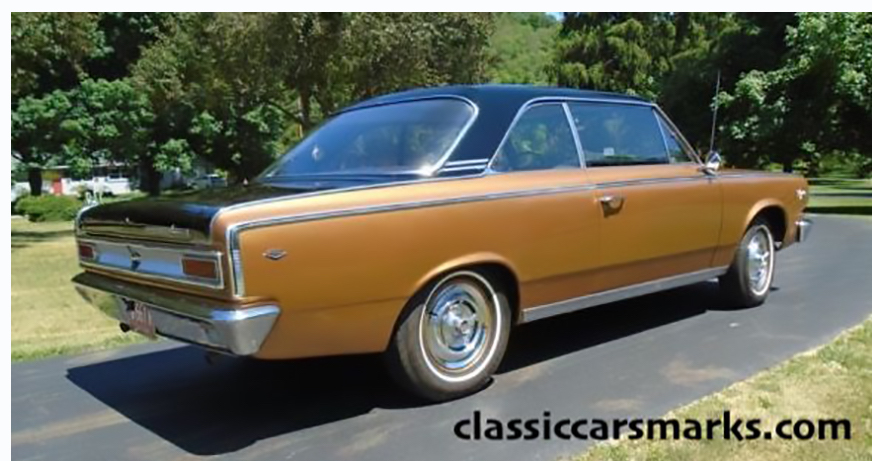