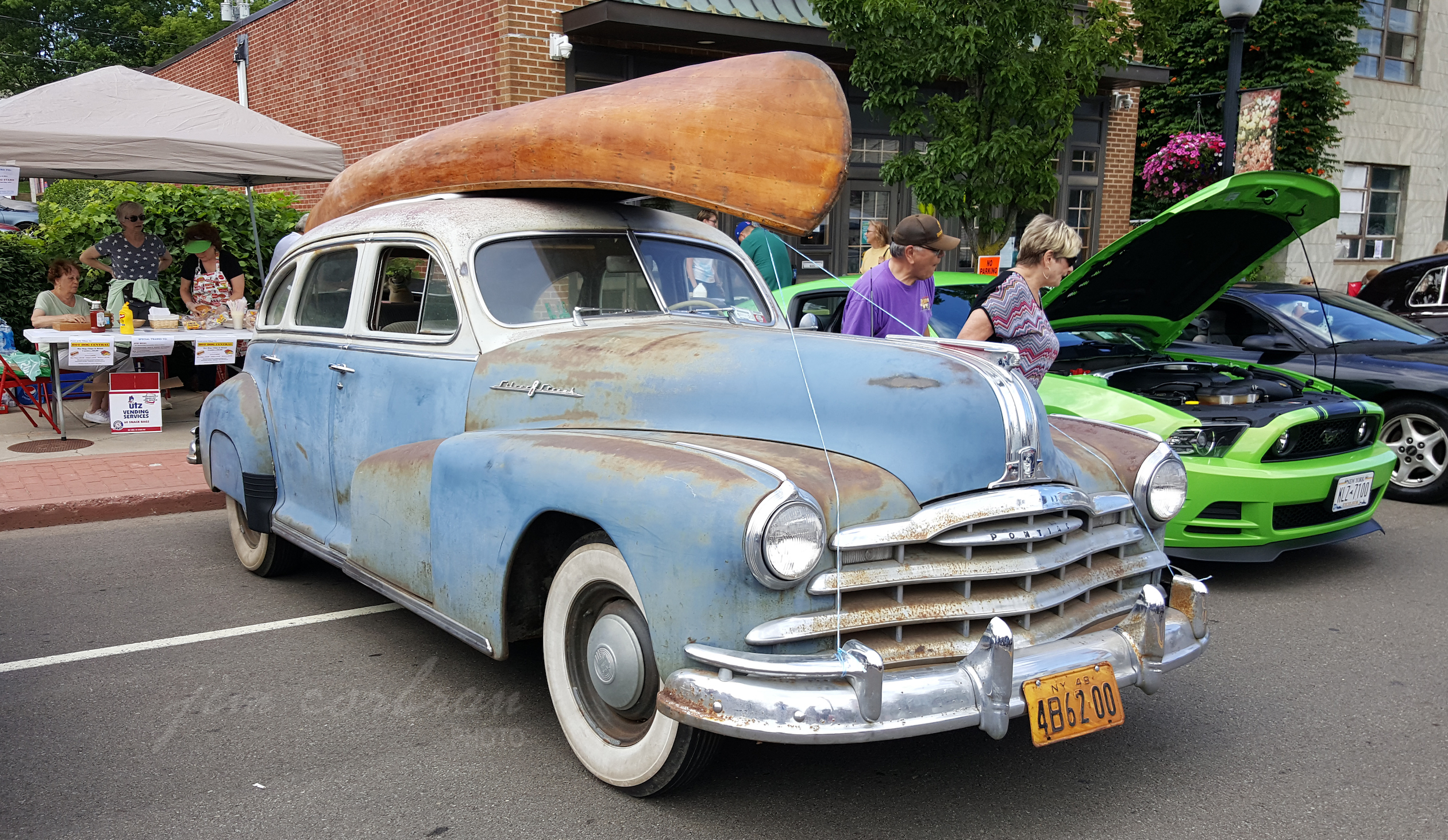 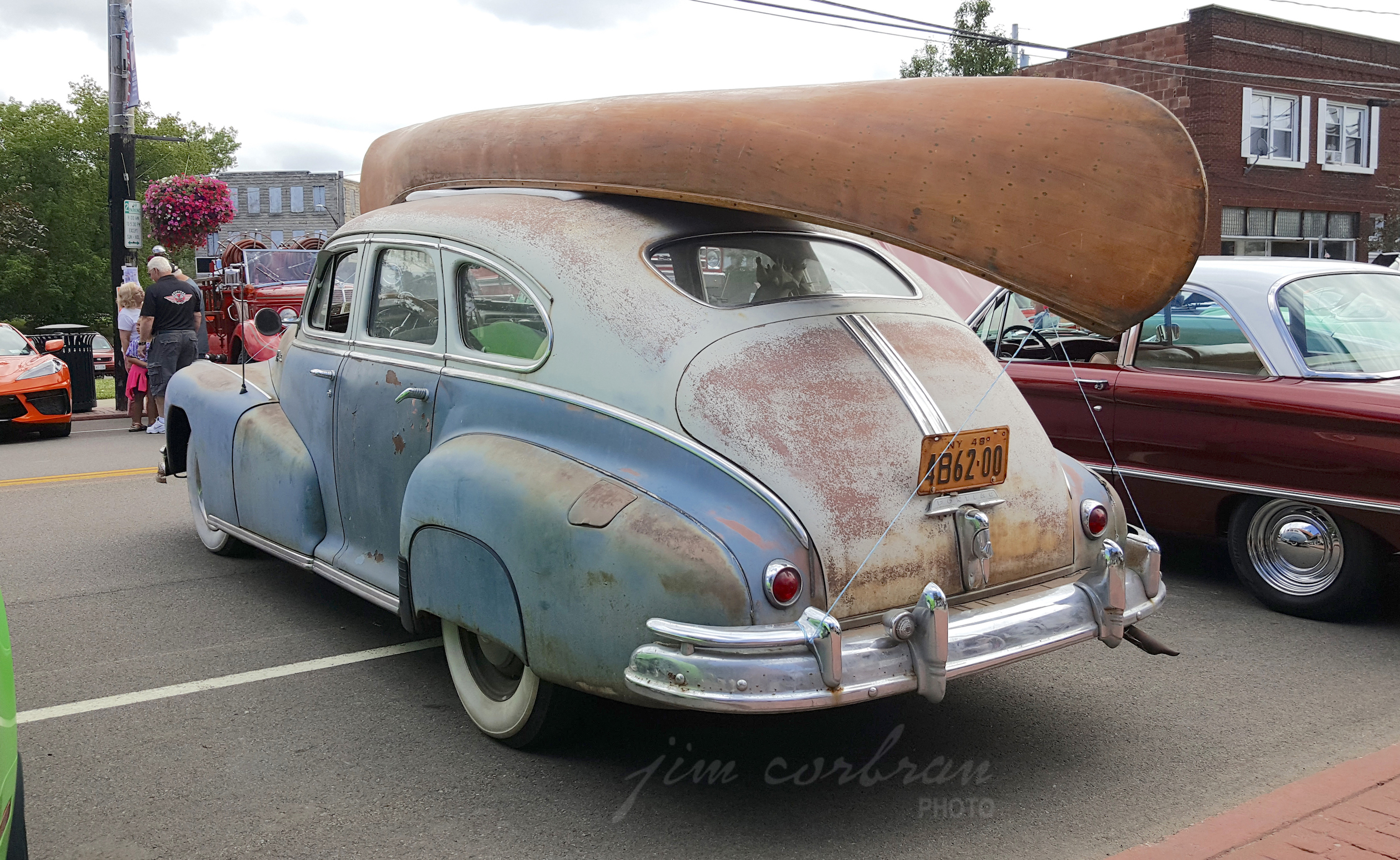 It must have been tough being a brochure copy writer for most 1948 American automobiles, knowing that these were the last of the warmed-over pre-war designs before all-new 1949 models finally hit the showrooms. In describing the 1948 Pontiac De Luxe Streamliner, like the one seen here, they told us that there was “…a new artistry of design and a new blending of line and color that delight the eye of the most discriminating.” This one is equipped with the L-head eight-cylinder engine which developed 103 hp; an L-head six, which was about 30 bucks cheaper, was rated at 90 hp. Saw this one, complete with roof-mounted canoe, back in July at the 5thAnnual Main Street Cruise in the Village of Angola.