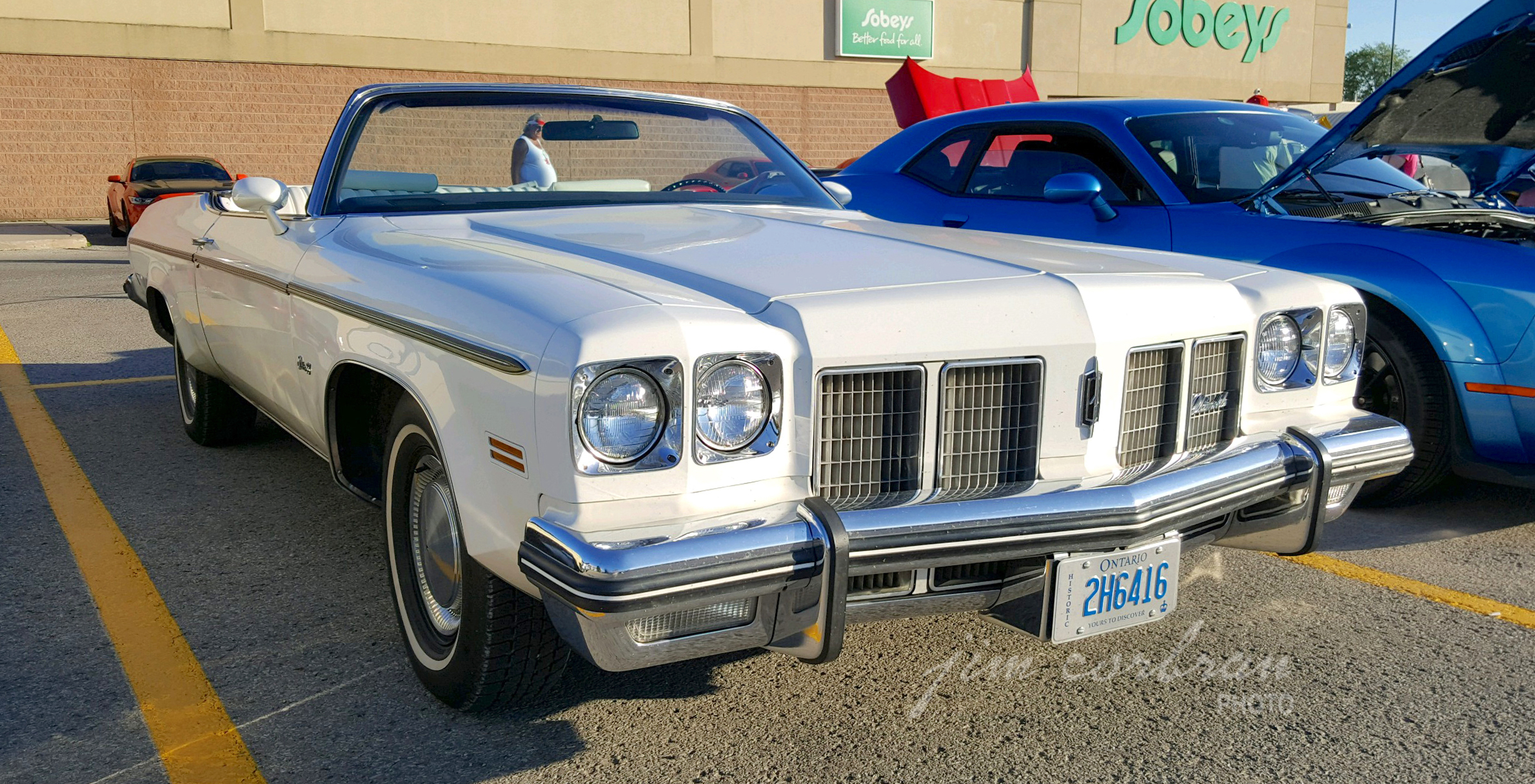 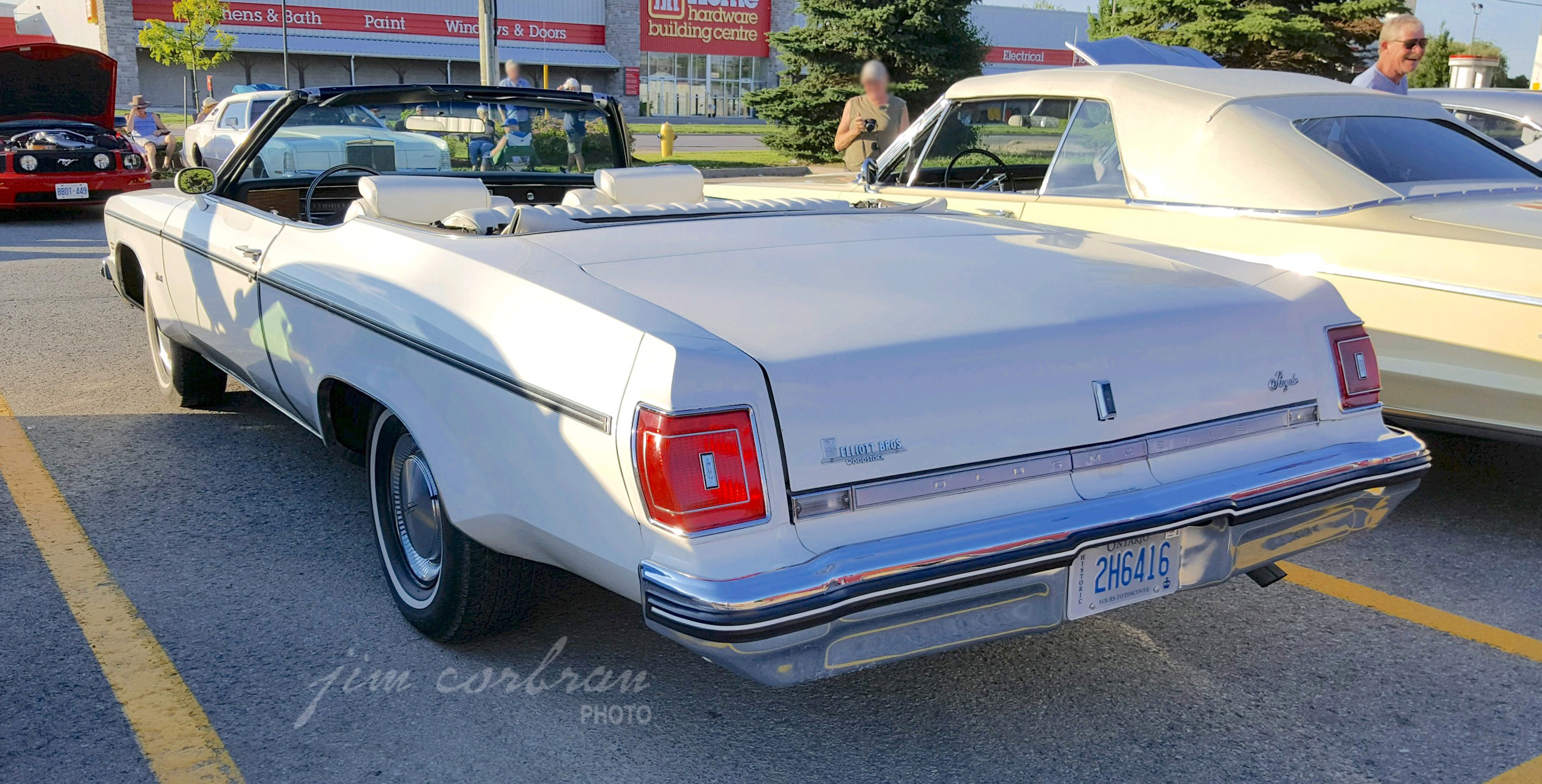 I have a bone to pick with the brochure writers for this 1975 Oldsmobile Delta 88 Royale. On page 30 they tell us “The steel roof: Such a good idea we put two of them on every ’75 Olds!” Well, maybe not every ’75 Olds. (See photos above!) This was the first year of the catalytic converter, so Olds also introduced shoppers to this new emission control device: “It chemically changes hydrocarbons and carbon monoxide pollutants into carbon dioxide and water.” At least they used language that even those challenged chemically could understand. Saw this RealRide a couple of summers ago at a cruise night at Sobey’s in Dunnville, Ontario. It looks like it was purchased new at Elliott Bros. Chevrolet-Oldsmobile-Cadillac in Woodstock. 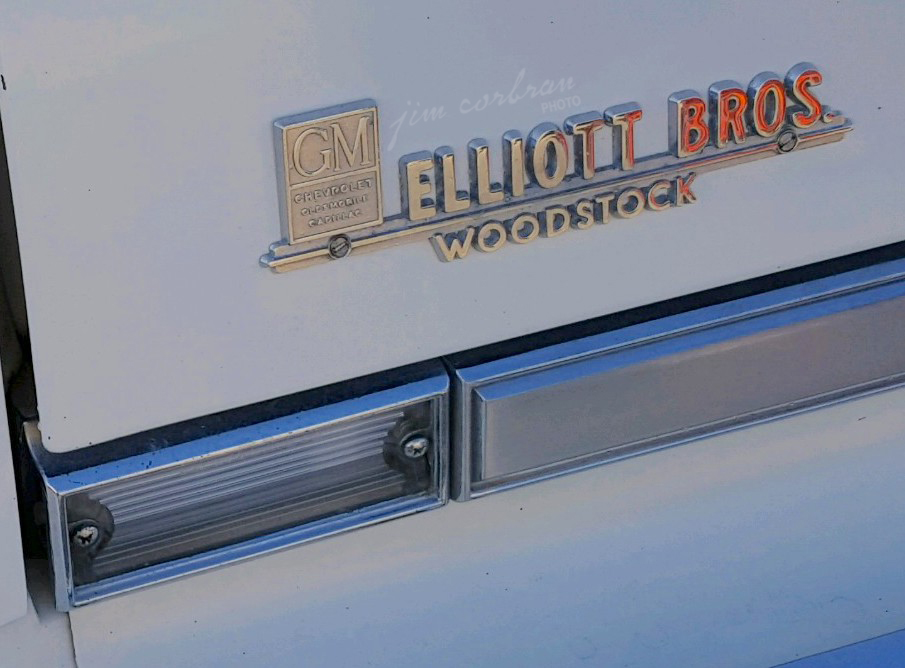