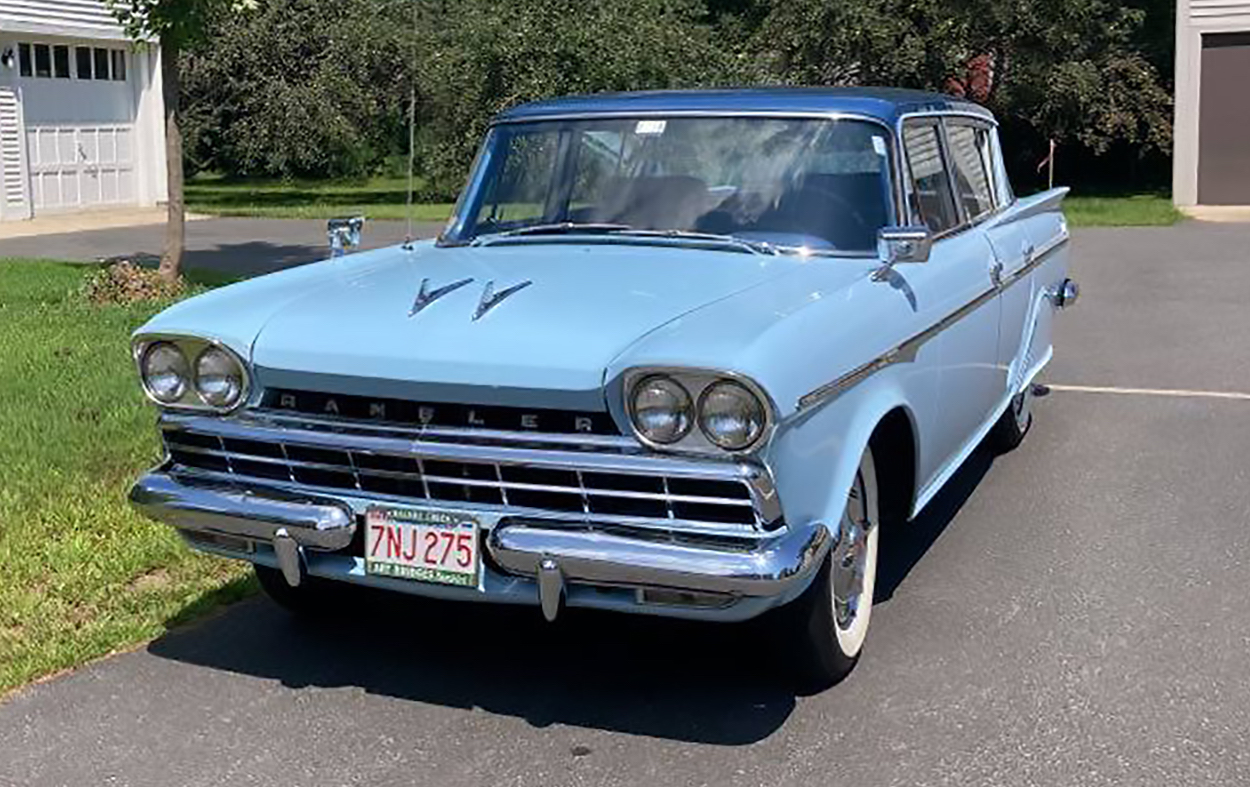 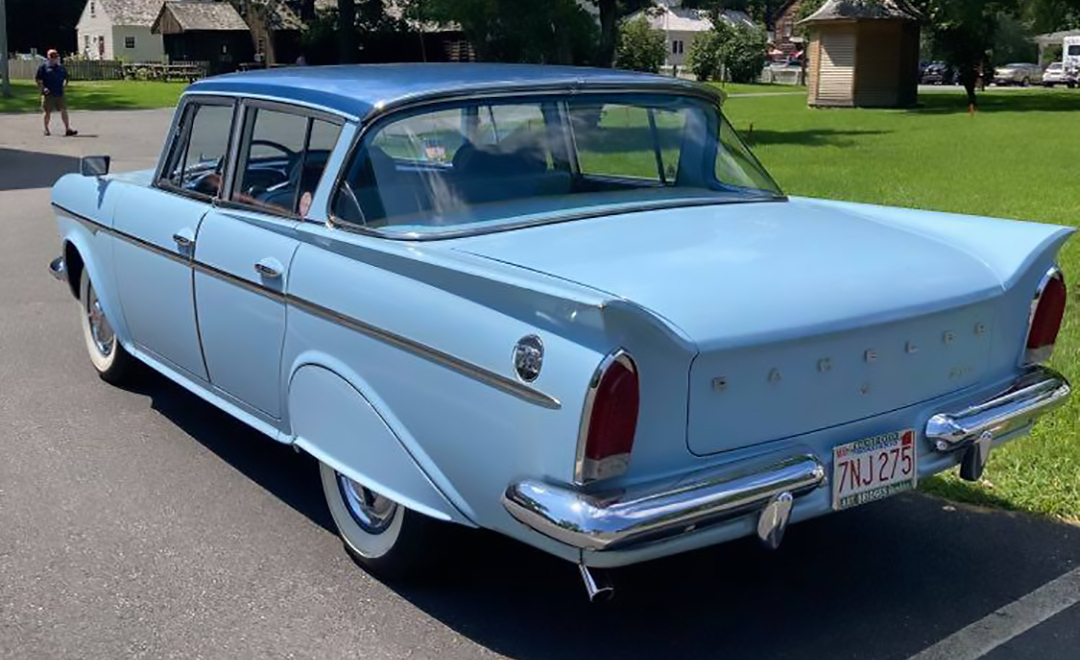 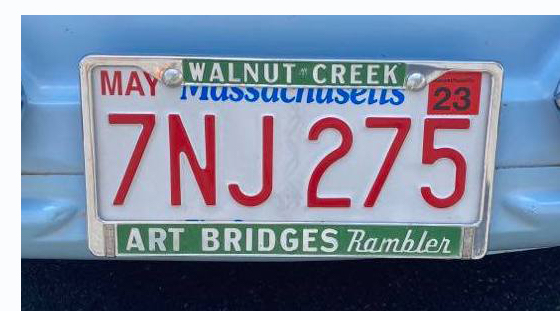 Our old pal/childhood neighbor Rick Lapp ventured out of his Central Pennsylvania surroundings (again!) recently and ended up in Historic Deerfield, Massachusetts, which is about halfway between Boston and Albany, New York. Fittingly, while there he came upon this vintage  1960 Rambler Super. Available with either a straight six or a V8, Rambler told us “Your 1960 Rambler dollar is a bigger dollar,” following up with a listing of number ones which seemed to back that statement up… assuming they were all true (some seemed subjective, IMO). A Google search shows that this one (as this is written) is for sale in the Bay State. It has the six and is showing a mere 44k miles on the odometer. The listing says that the car was purchased new in Utah, but those Art Bridges Rambler license plate frames are from an old Walnut Creek, California dealership. A 1962 ad in the Oakland Tribune said they were “…the world’s Greatest Rambler Dealer.”