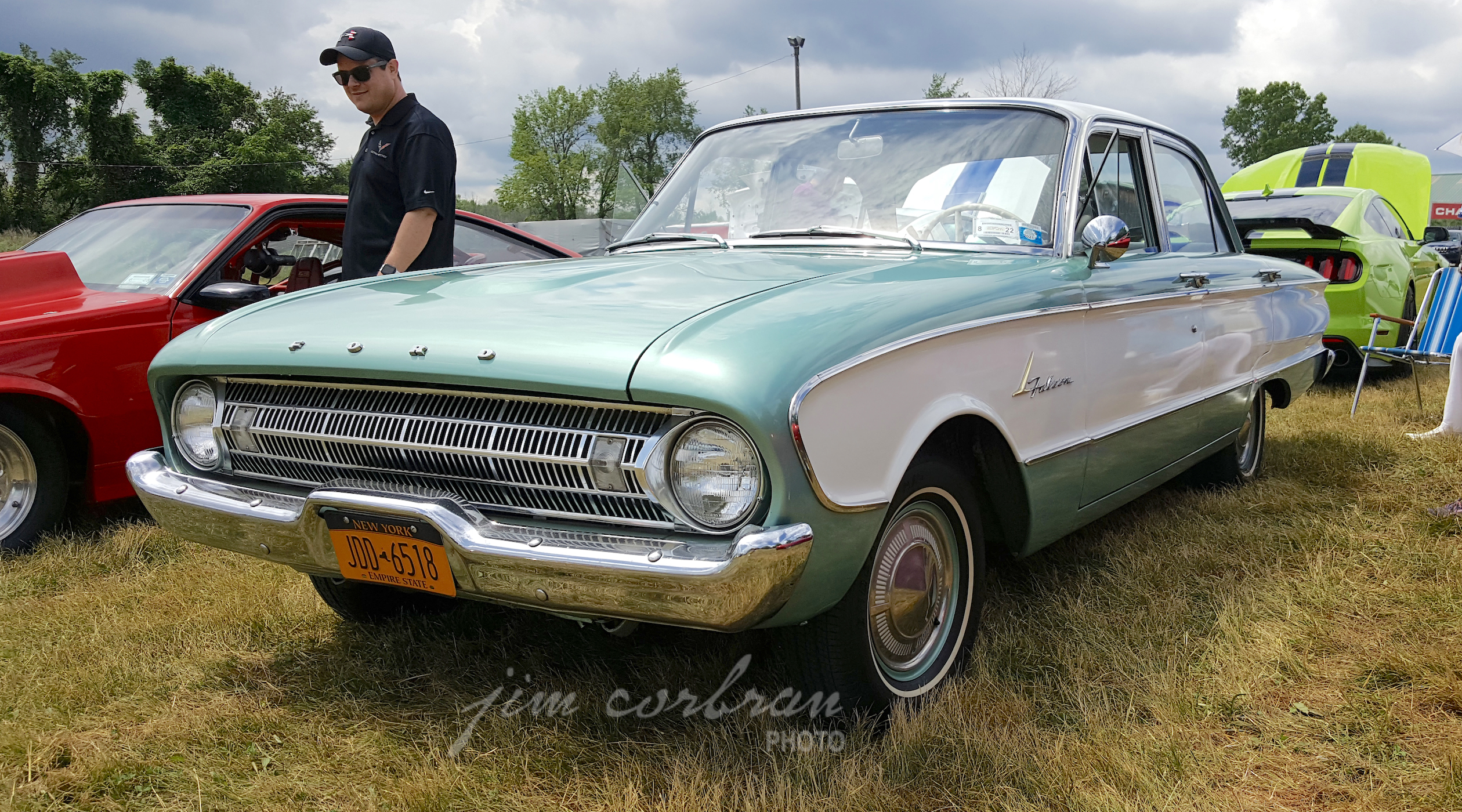 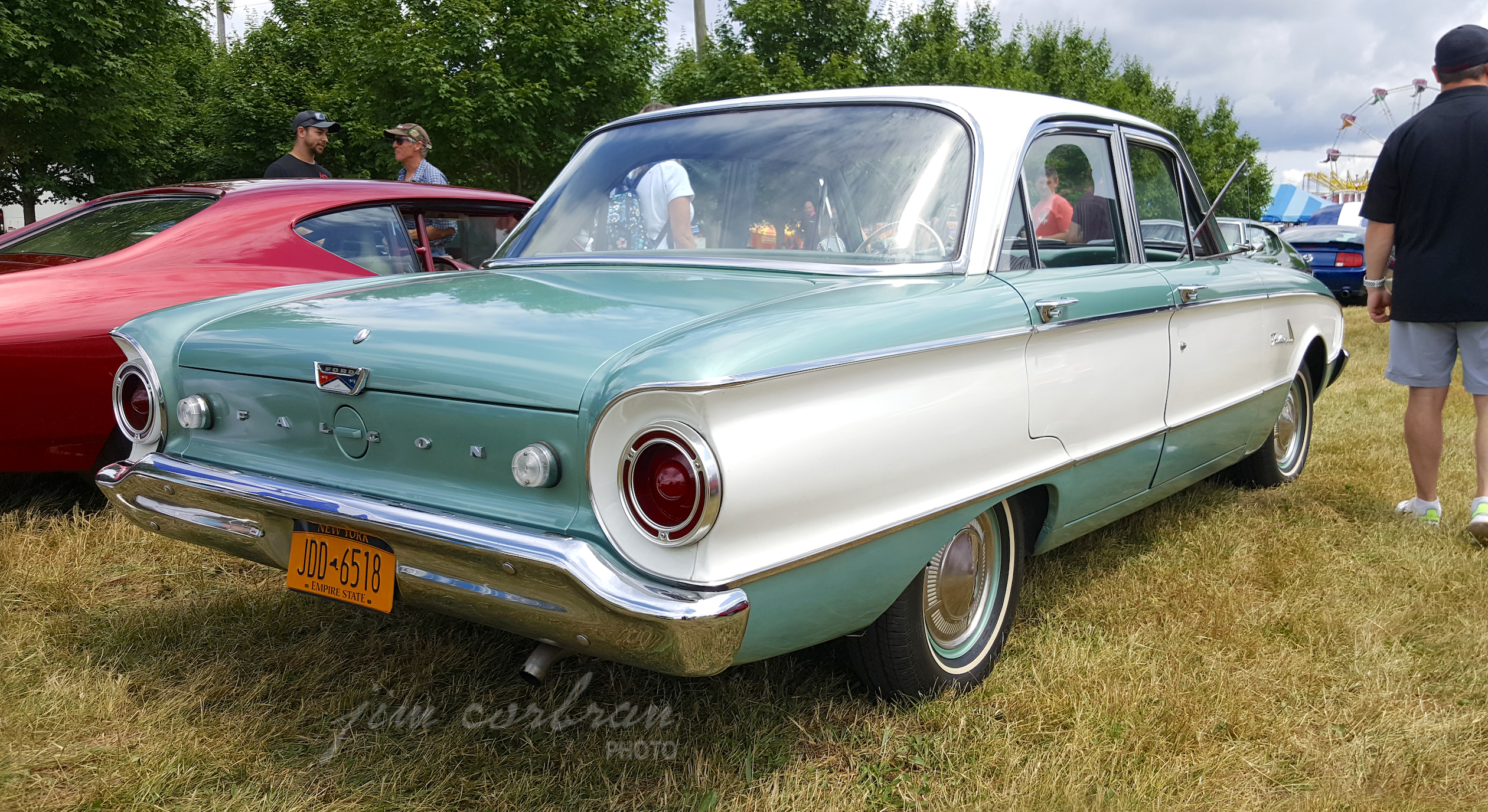 As you can see from the rather yellowed pages of my Buyer’s Digest of New Car Facts for ‘61 at the bottom of the page, the two-tone combination of Corinthian White and Laurel Green was one of the available choices for the 1961 Ford Falcon pictured here. However, the treatment seen on this car, owned by Gowanda’s Steven Botsford, may not have been done at the factory. It was possibly a dealer option, as it appears, according to the brochure, that it would have left the factory with the White appearing only on the roof. Mr. Botsford’s Falcon has the optional Deluxe Trim and Ornamentation package as well, the features of which can also be seen below. We saw him and his car in July at the Supershow at the Great Pumpkin Farm in Clarence. 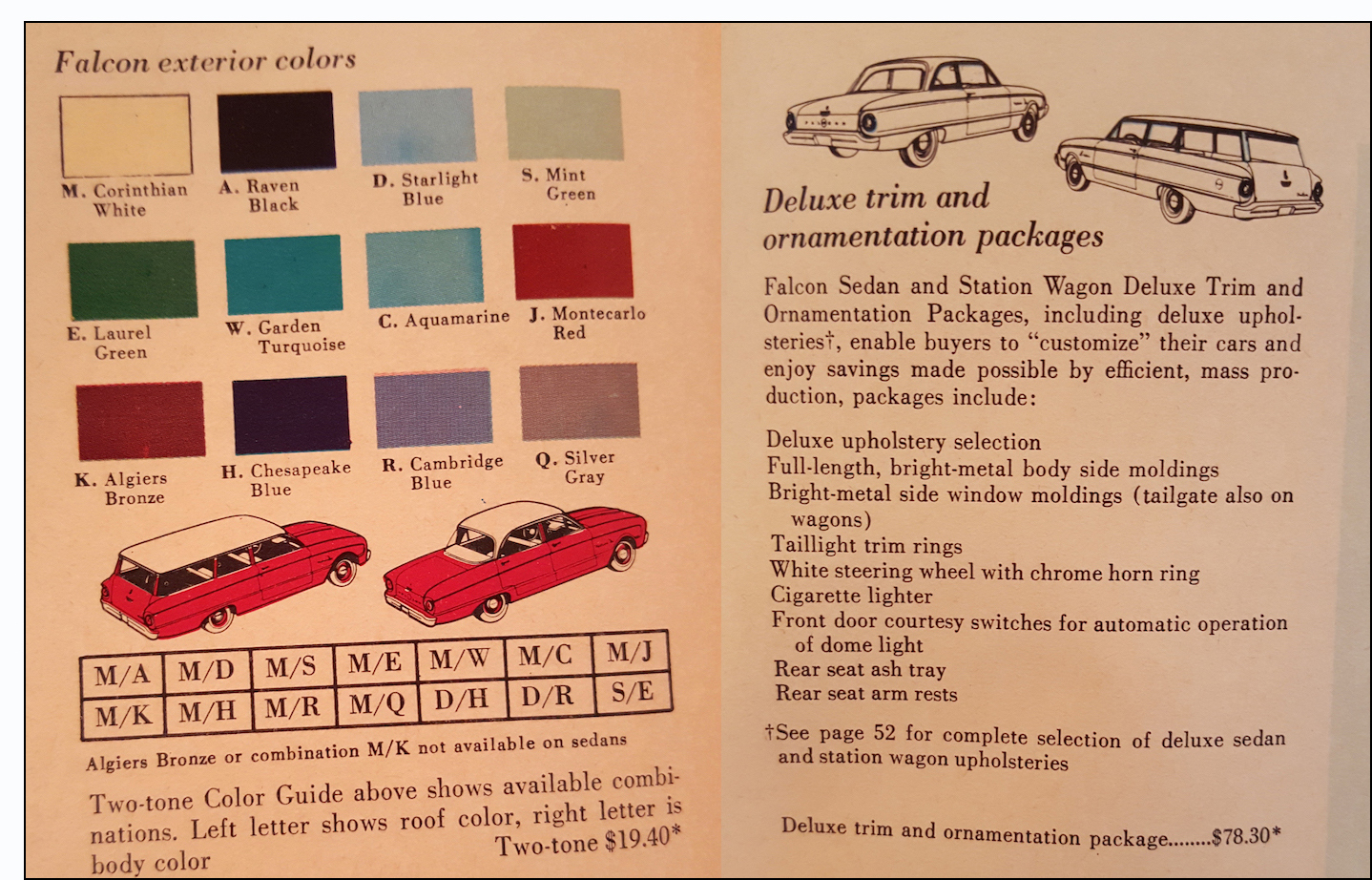