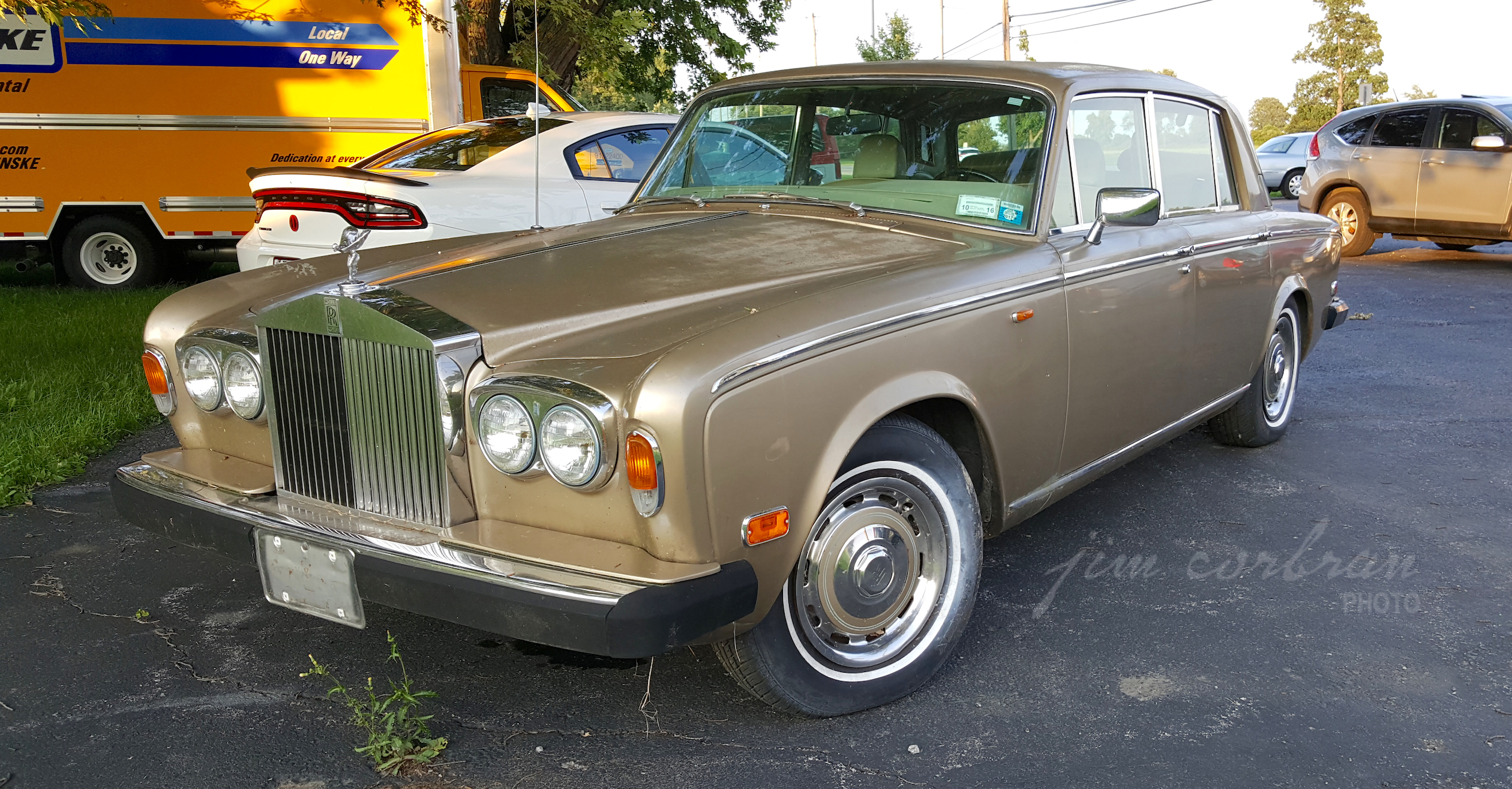 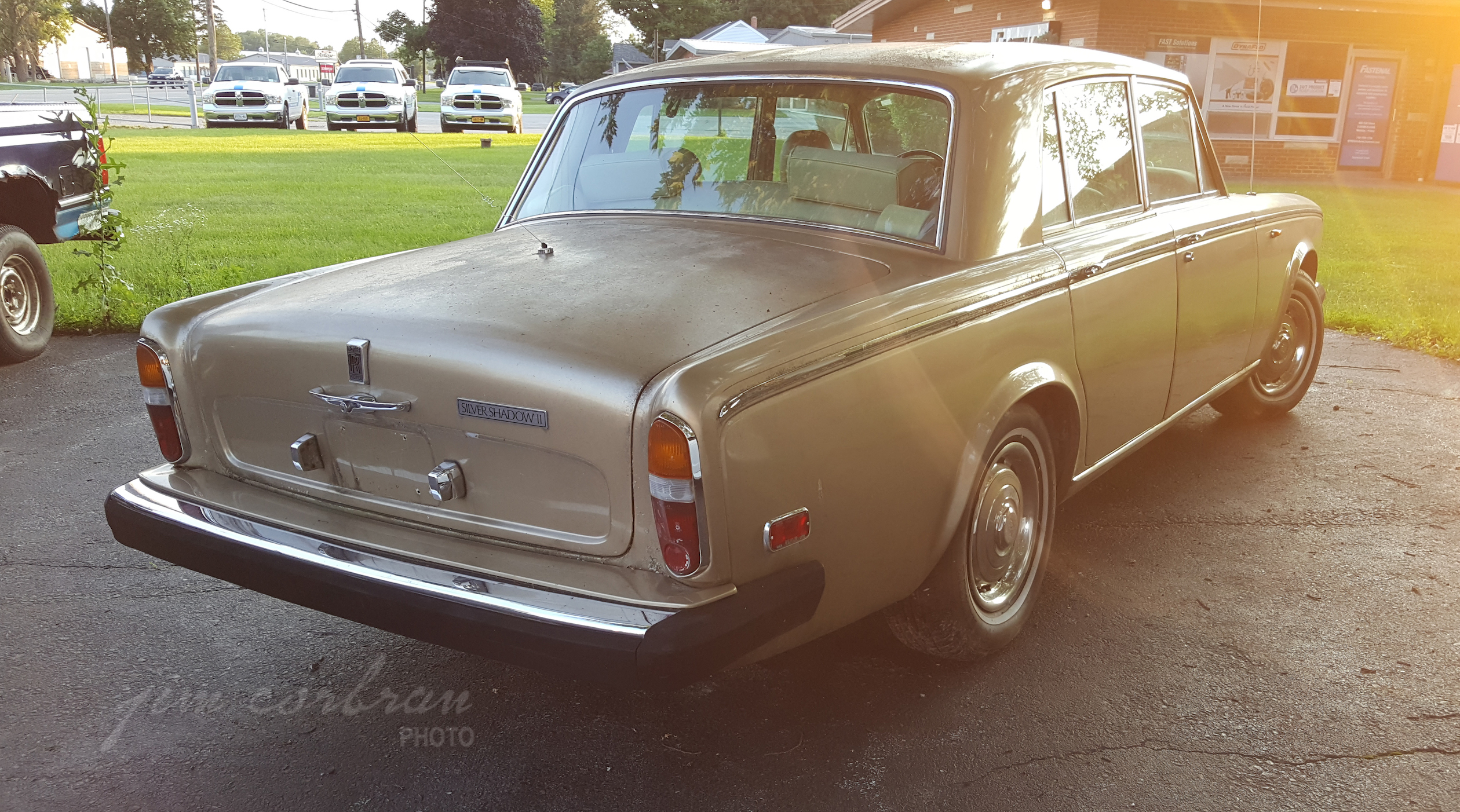 How often do you come across a 1977 Rolls-Royce Silver Shadow II in a WNY used car lot? In my travels, almost never; yet here’s one now, seen a month or so ago in Clarence. The reg sticker seems to indicate it’s been off the road since at least 2016, but wherever it’s been sitting since then it looks like it was well-sheltered. Too bad about the setting sun infringing on the rear photo, but it’s still an impressive automobile from any angle, much more understated that today’s Rollses, which don’t impress me at all. Unusual, IMO, to see one in this hue, Honey Gold, which was a new colour choice beginning with MY 1977. It was available only through 1980.