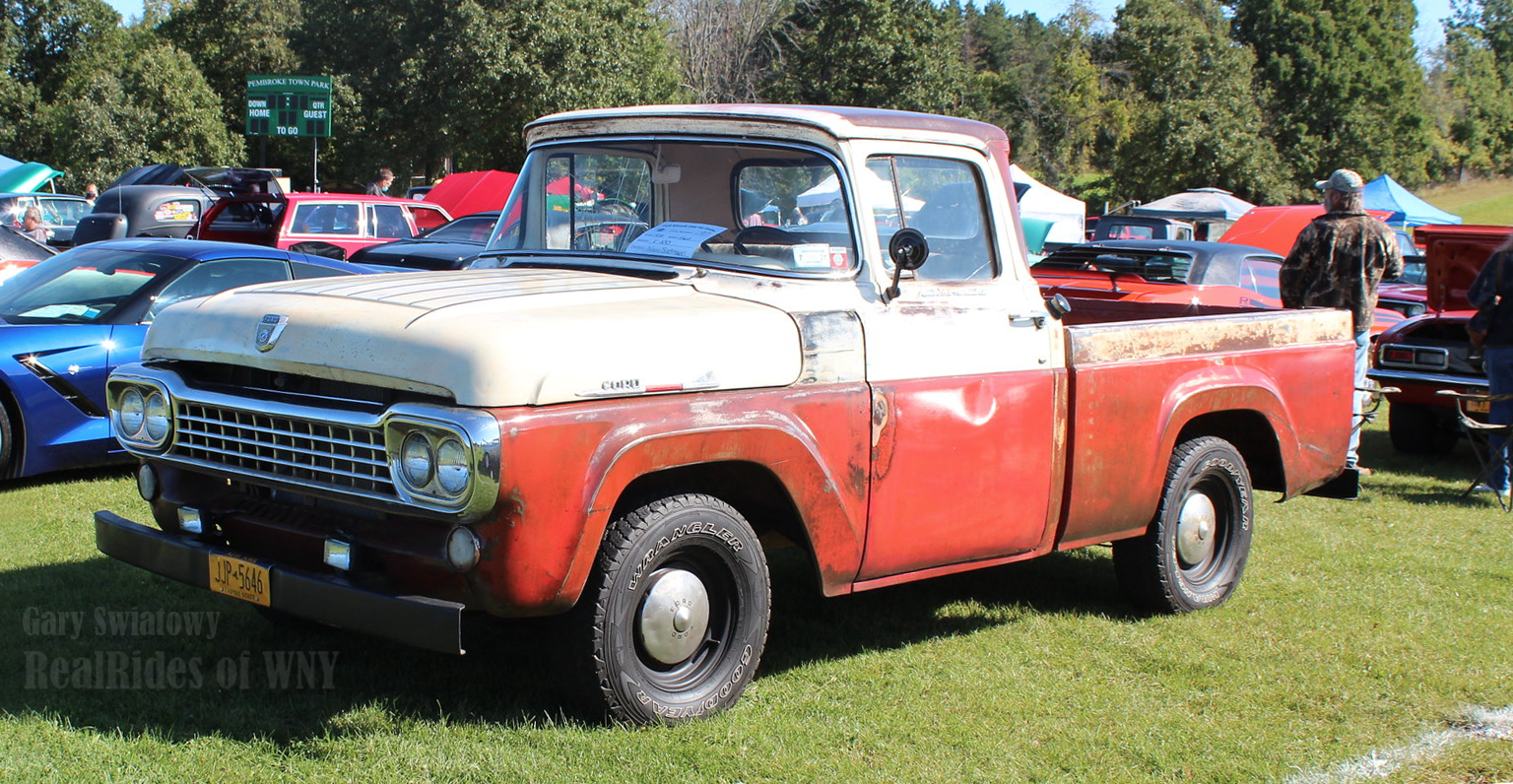 Is it just me, or does the color scheme on this 1958 Ford F-100 Styleside remind you of a U-Haul truck? It seems to have been a pretty popular two-tone combination, as Ford used it in quite a bit of their advertising (inset). 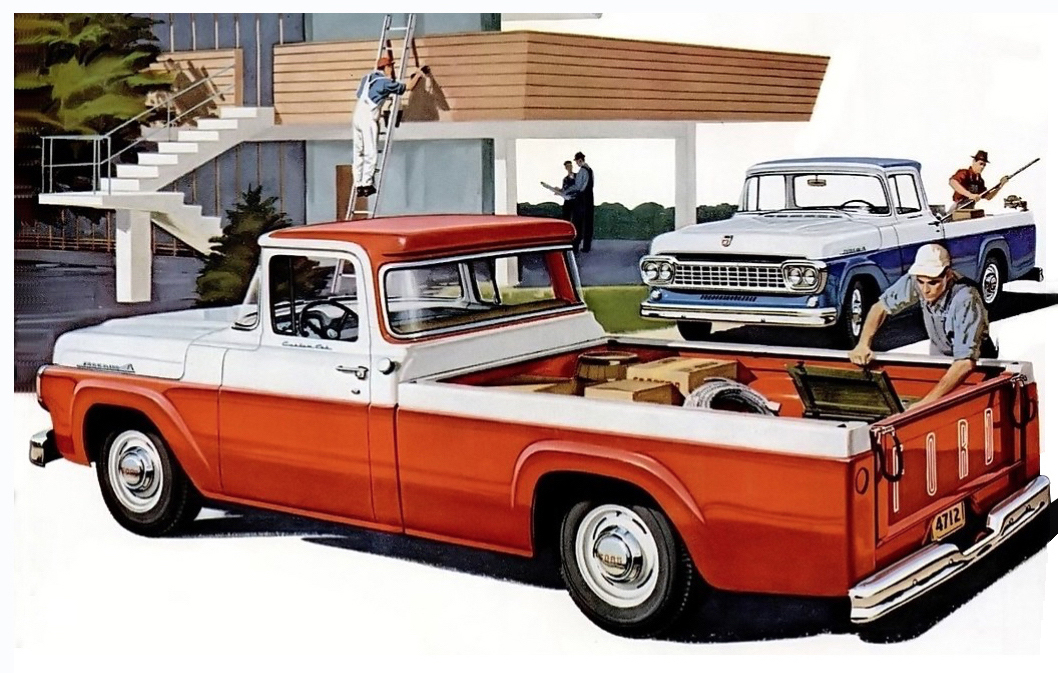 The Styleside was one of two bed styles offered, with the Flareside being the other (below).The 1958 models were the first Ford pickups to feature quad headlights, a feature they'd carry for only three model years. Today’s RealRide photo was taken at this year’s Kiwanis Car Cruise in Pembroke, by Gary Swiatowy for Show and Cruise News. You can check out more of his work on Flickr at Swi66. 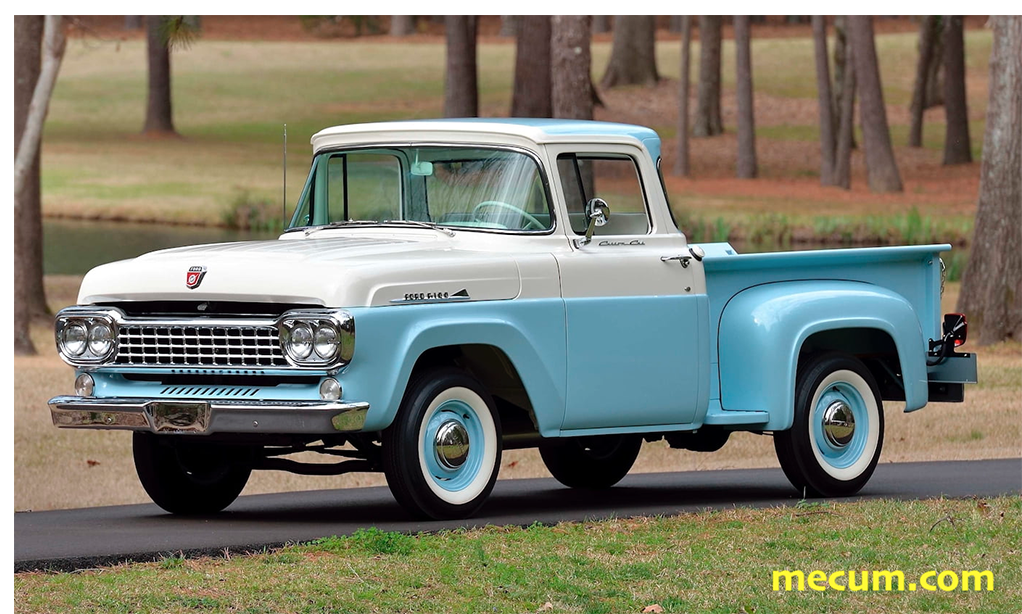