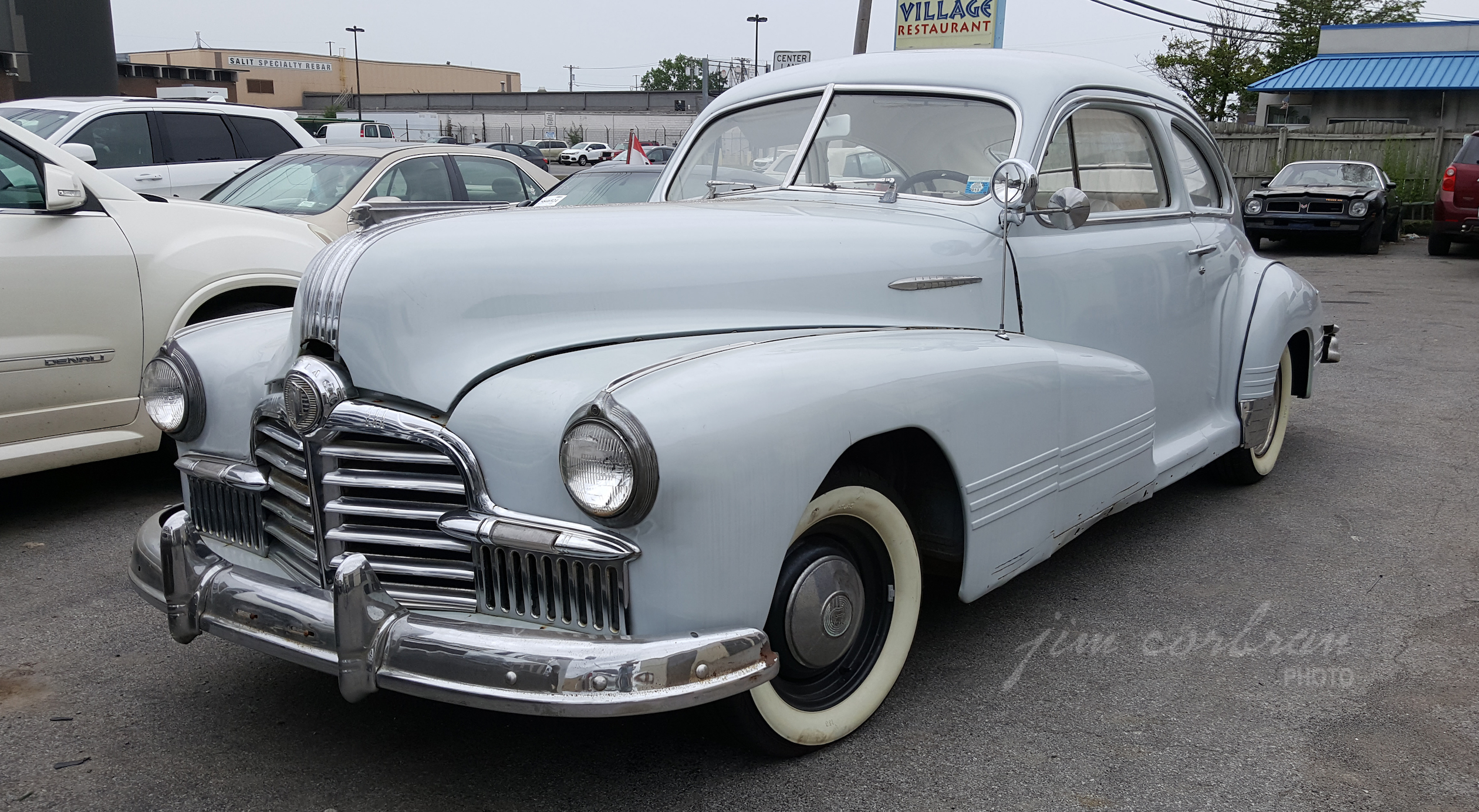 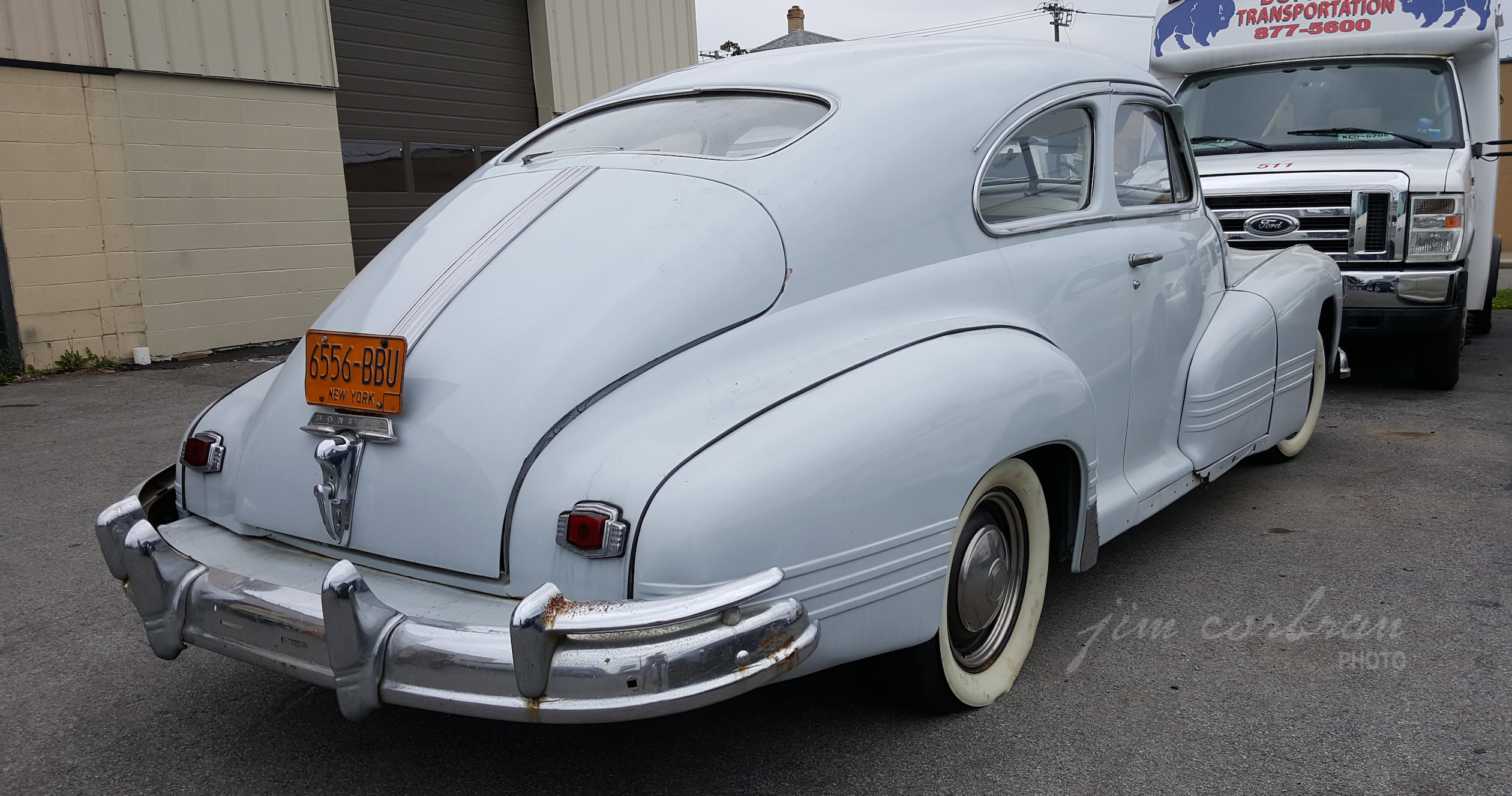 The 1942 Pontiac Torpedo came in two series: De Luxe and Streamliner. Both were available with either a straight six- or eight-cylinder engine. The biggest difference between the two was a three-inch longer wheelbase on the Streamliner models (which were available only as a four-door sedan, two-door sedan coupe, or station wagon). Brochure illustrations don’t help much to distinguish between the two series. Today’s RealRide, seen over the summer in Kenmore, further confuses the matter with its lack of chrome trim on the fenders and the upper part of the body below the window line (perhaps it was a very late model 1942 when the government was ordering cutbacks on chrome usage due to the war effort). Also, that chrome spear on the side of the hood doesn’t show up in any of the brochure illustrations. So without a tape measure, we’re not going to speculate if this one’s a Streamliner or a De Luxe sedan coupe. Or, is it maybe a Canadian model?