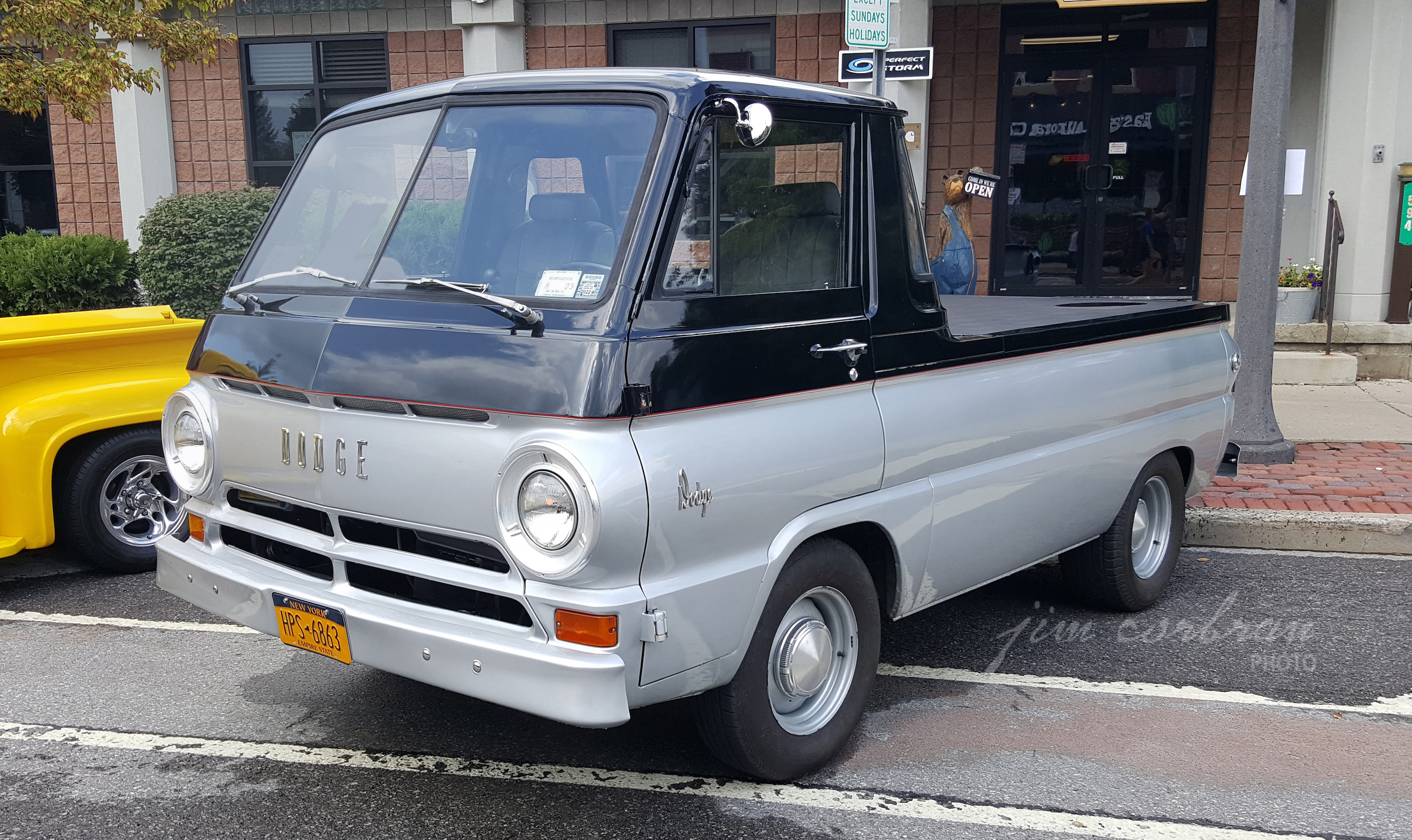 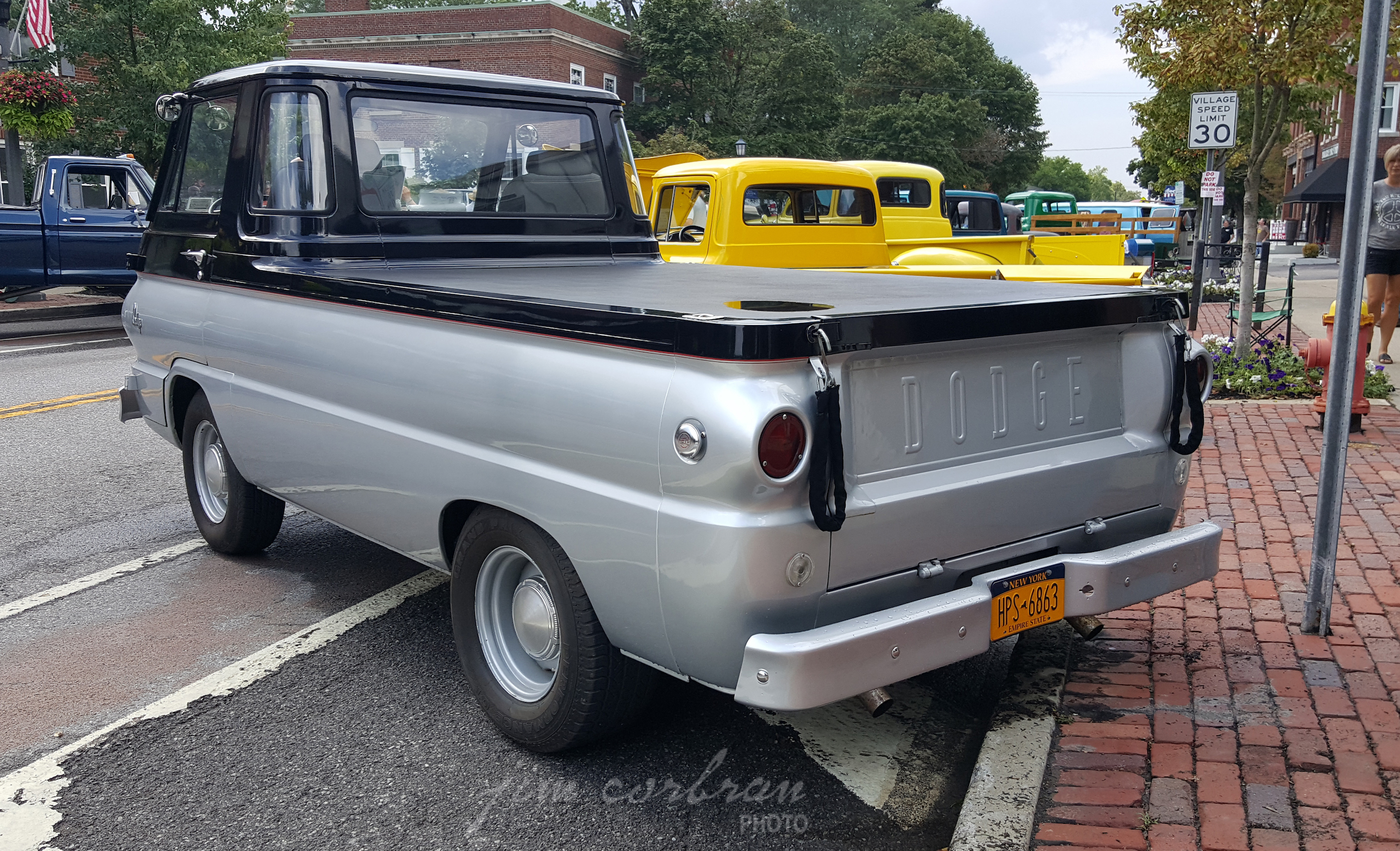 The age of this 1969 Doge A100 pickup was at first a bit confusing when we came across it a few weeks ago at the Toy Town Car Show in East Aurora. An info sheet in the front window told us it was a 1969 (it also said it has vintage Cragar SS mags), but the car show placard said 197?.  Well, the majority rules here, as the NYS registration sticker said 1969 Dodge Pick, so that’s what we’re going with. An earlier brochure told us that its “...huge cargo box with one of the widest tailgates on the market make the Dodge compact pickup the answer to your search for a pickup with toughness to do the job.” Model year 1969 was the penultimate year for Dodge’s forward-control pickup, as well as for the A100 van, which would be replaced in 1971 by a larger Tradesman with the engine moved from inside the cab to a more conventional location ahead of the windshield. No pickup was offered in the new Tradesman lineup.