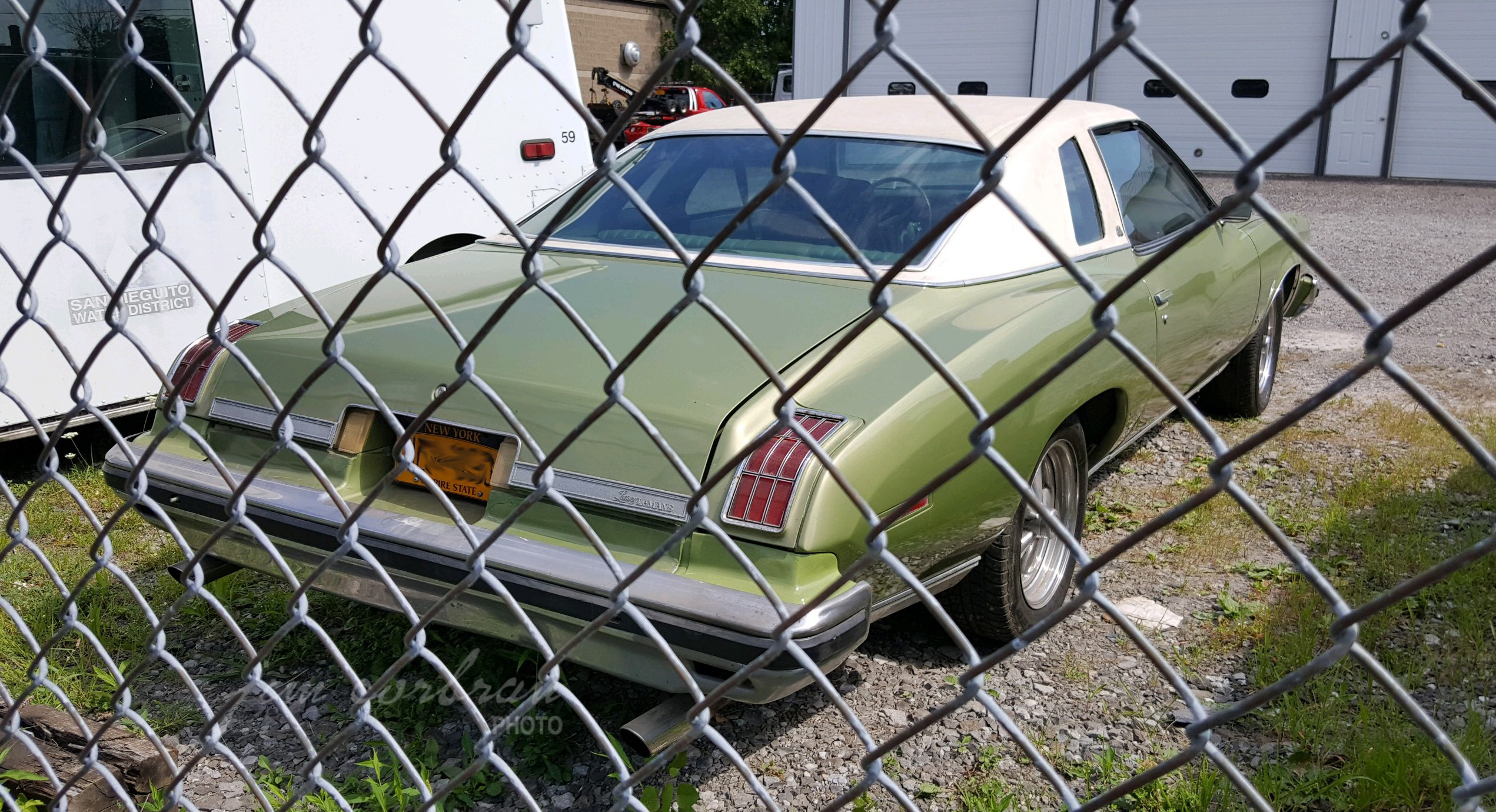 We usually eschew taking photos through a chainlink fence, but every once in a while you come across something so seldom seen that you just have to do it anyway. Like this 1974 Pontiac Luxury LeMans, seen over the summer during a bicycle ride to Niagara Falls. This one’s missing the factory-installed rear fender skirts, is shod with aftermarket rims, and I doubt that those rear pipes were there when it left the factory. That tiny, non-rolldown rear quarter window? Pontiac told us it was a “…'personal' window [which] offers rear seat passengers a modicum more privacy.” Yes, I’m sure that’s what the bean counters had in mind when they mandated it, Lol. A nice survivor, indeed.