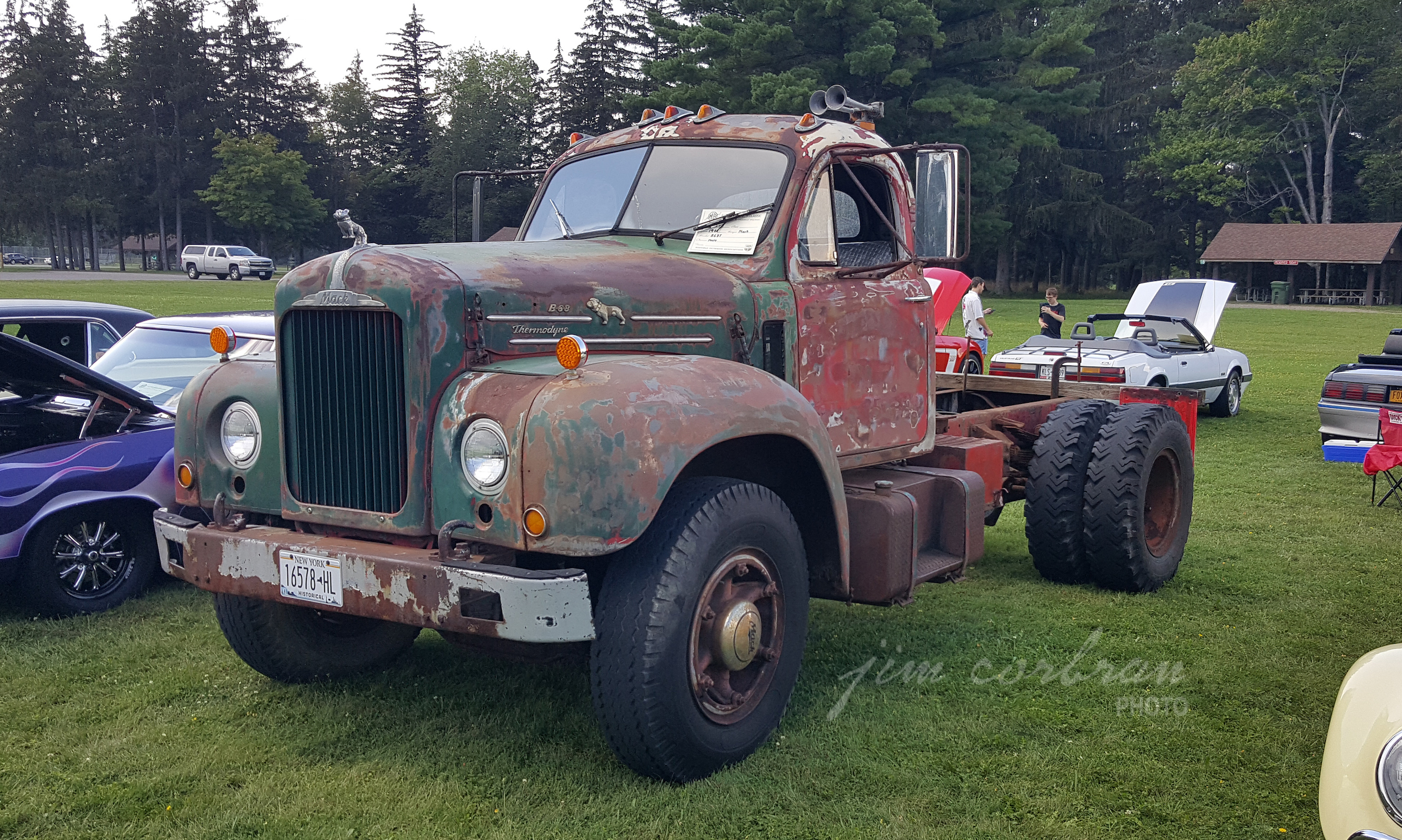 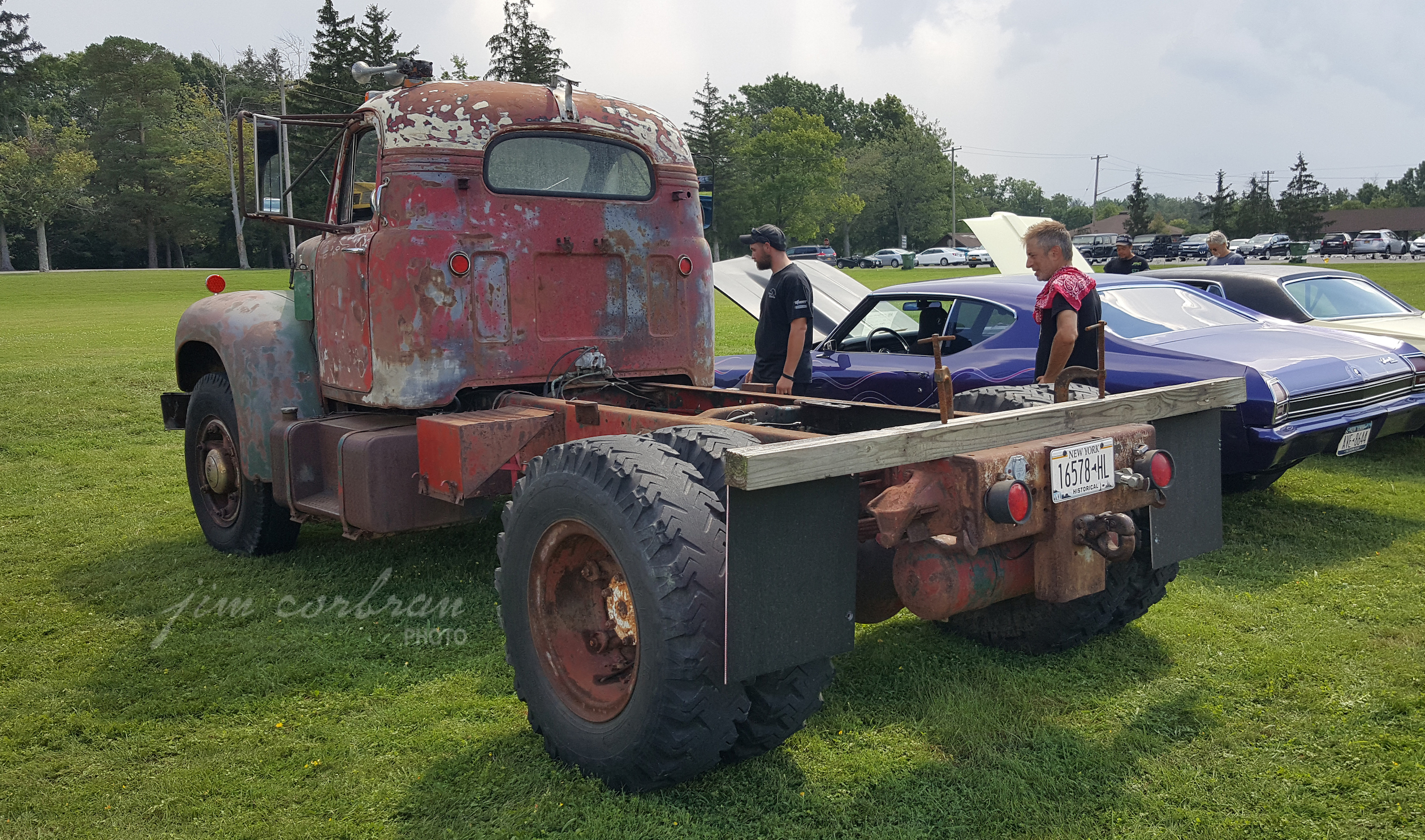 Day One of “Five Days of Big Trucks”

A car show sponsored by the Buffalo Octagon Association (a local MG sports car club) is probably the last place you’d expect to see a 1961 Mack B-68 on display, but here's one now! This one’s powered by an inline six-cylinder engine, and has pretty much spent its life here in Western New York, first at a local trucking company, and then as a work truck for one of WNY’s fire companies. The red paint is from its fire company days, and the green paint which is showing through here and there is the original color. Easily the biggest thing seen in Lancaster at Como Park that day!