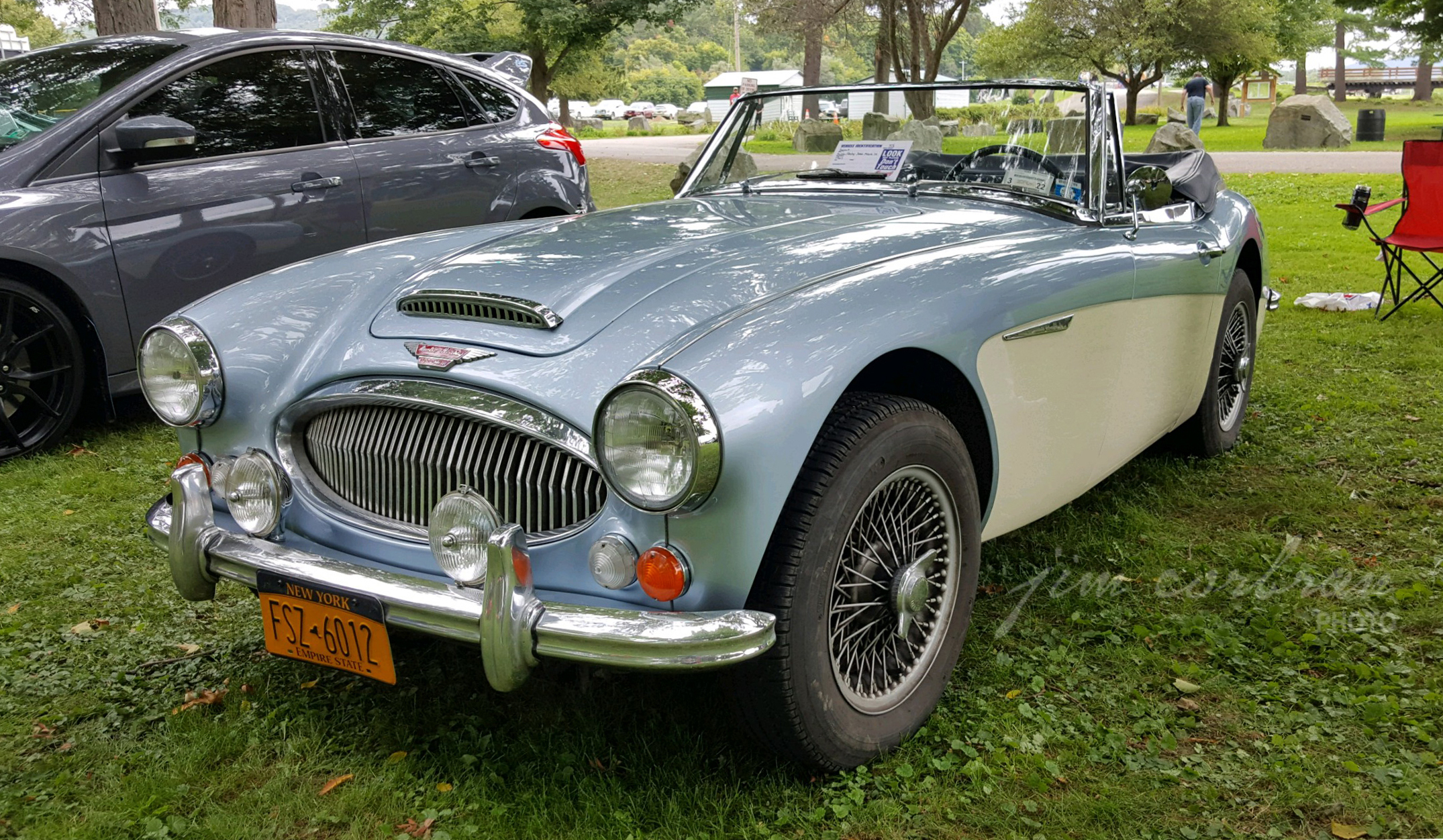 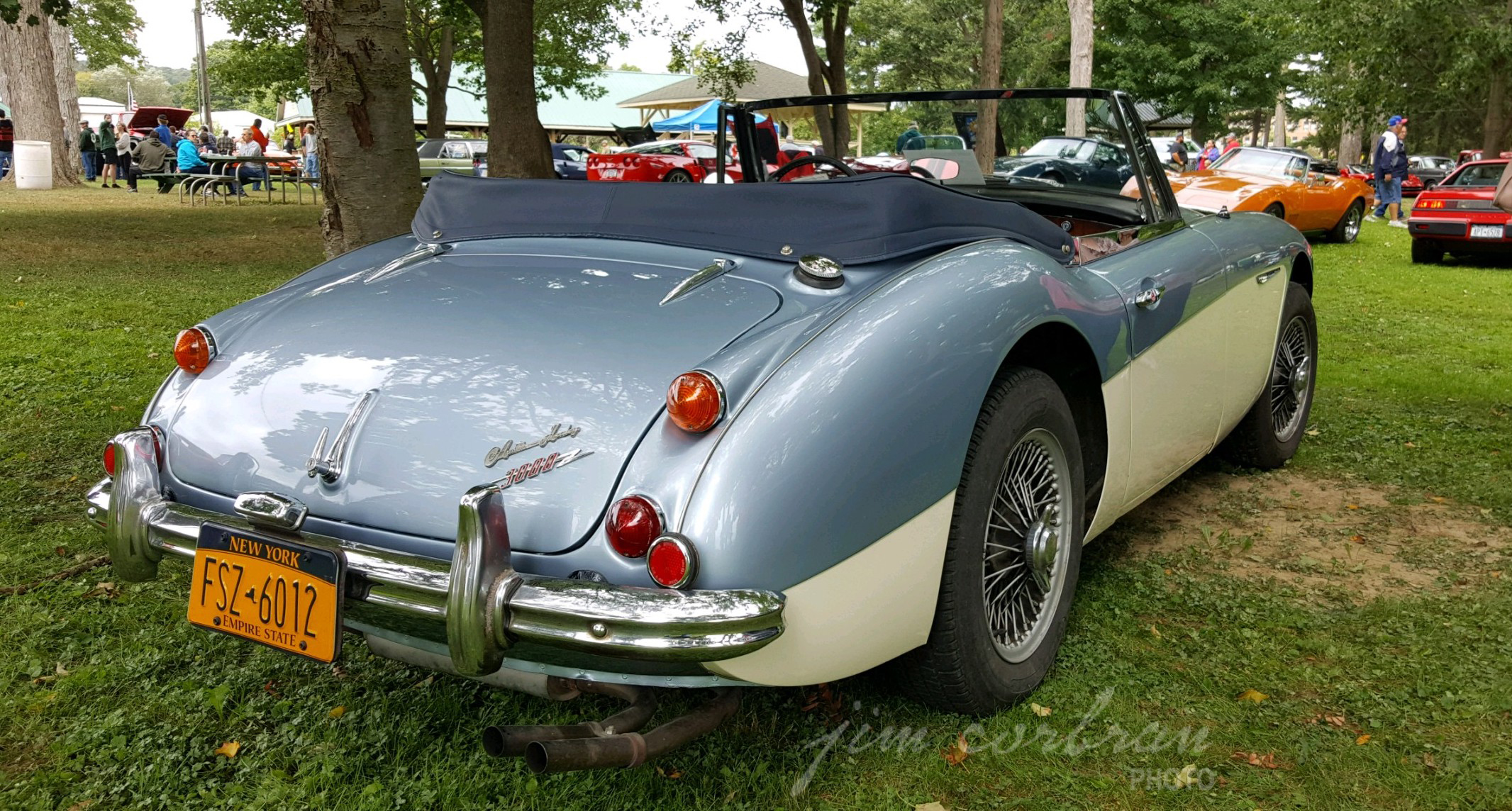 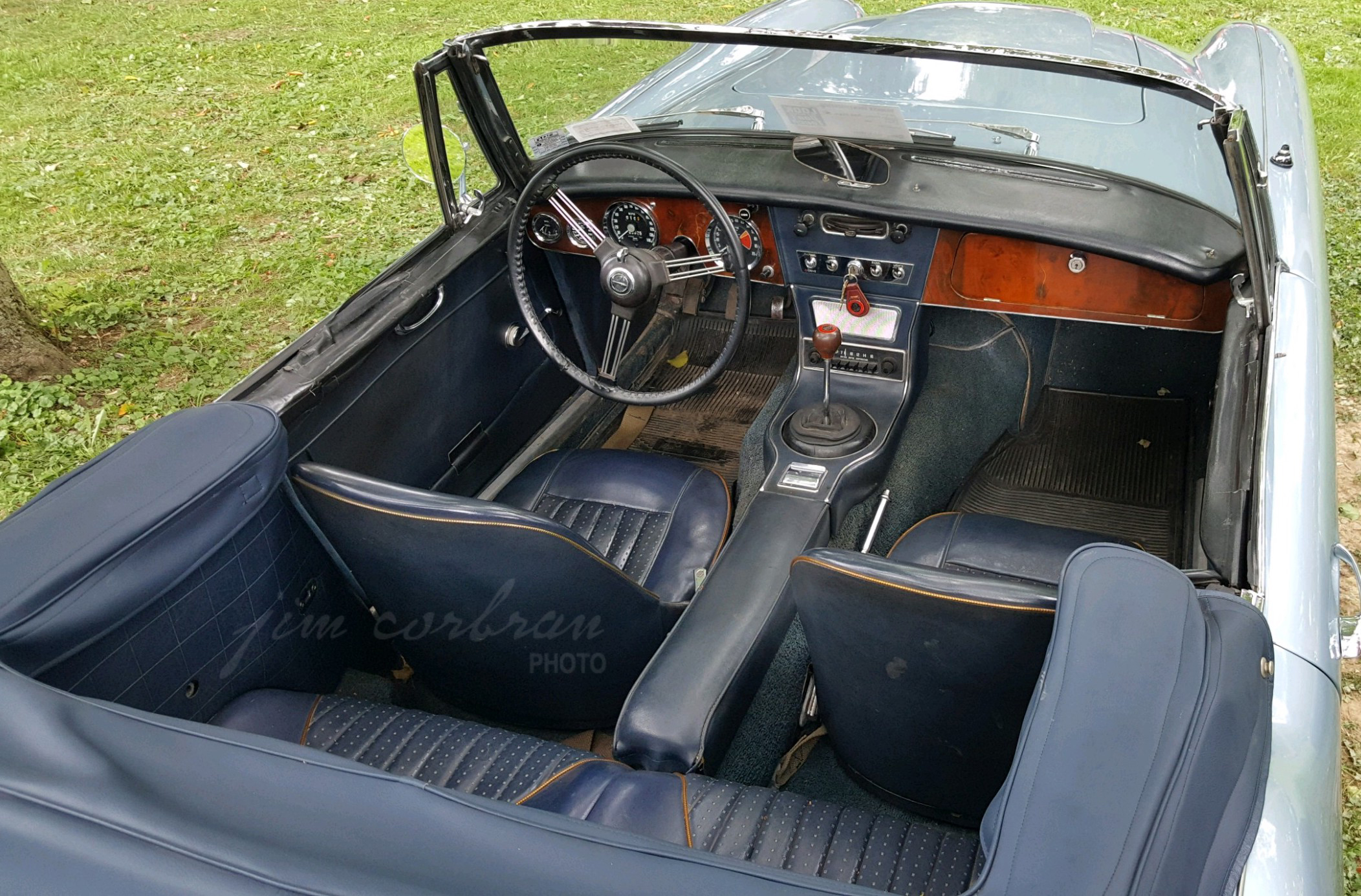 Two of the options available on the 1967 Austin Healey 3000 Mk II sports convertible were a radio “…which gives good reception in all countries of the world,” and a fresh-air heater of which “…the arrangement of the controls is such that a range of fresh air from hot to cold can be forced into the car interior to suit prevailing weather conditions.” Today’s RealRide, seen earlier this fall at the Park in the Park Car Show in Wellsville, appears to have both. Looking closely at that interior shot you’ll also notice what Austin called an “occasional back seat.” Lol, Austin. From where I stood it looked suitable for one adult lounging sideways, or two children no taller than a couple of feet each. And as you can see from the brochure illustration at the bottom of the page, not every 3000 Mk II had wire wheels. It only seems that way. 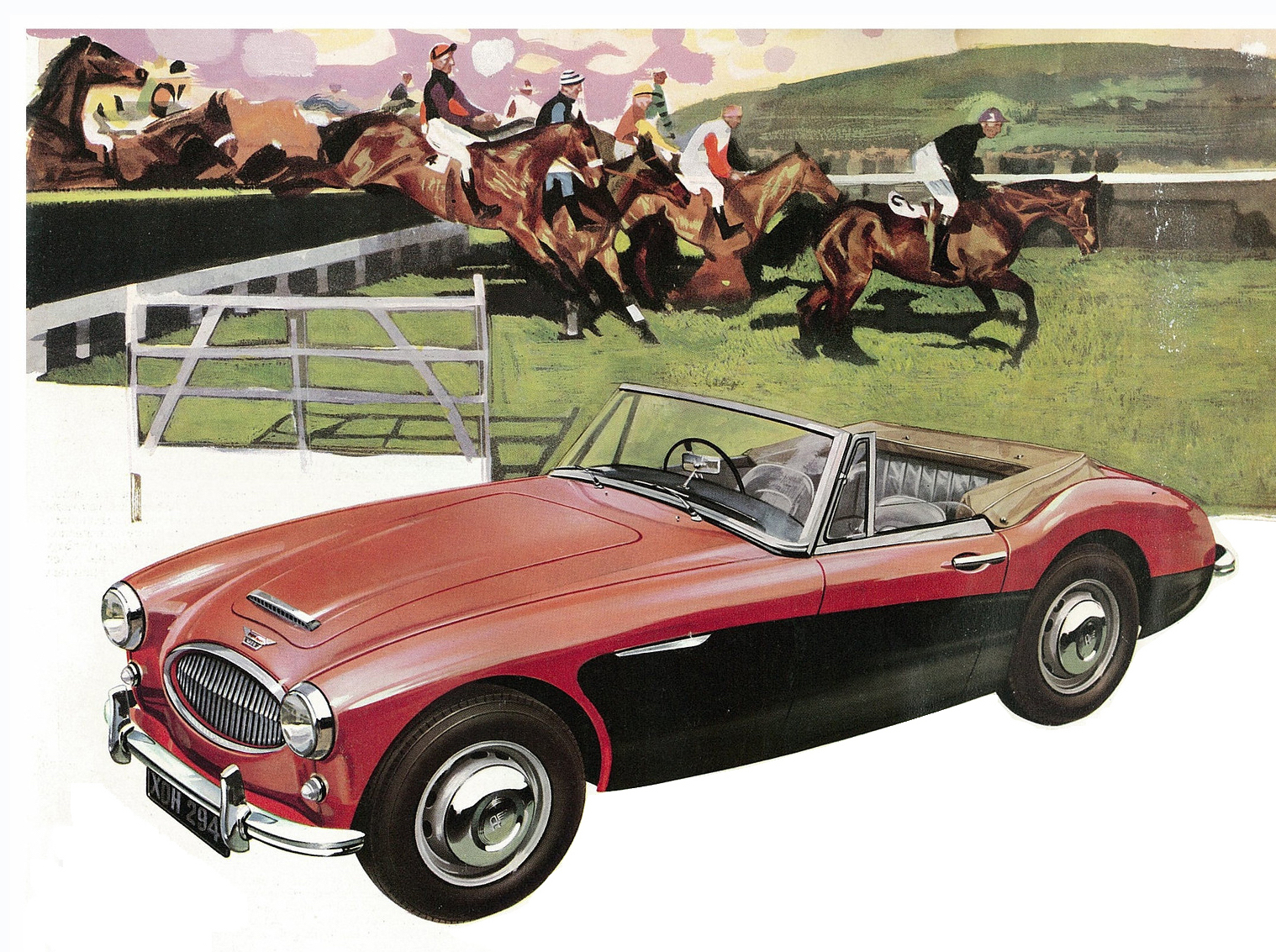