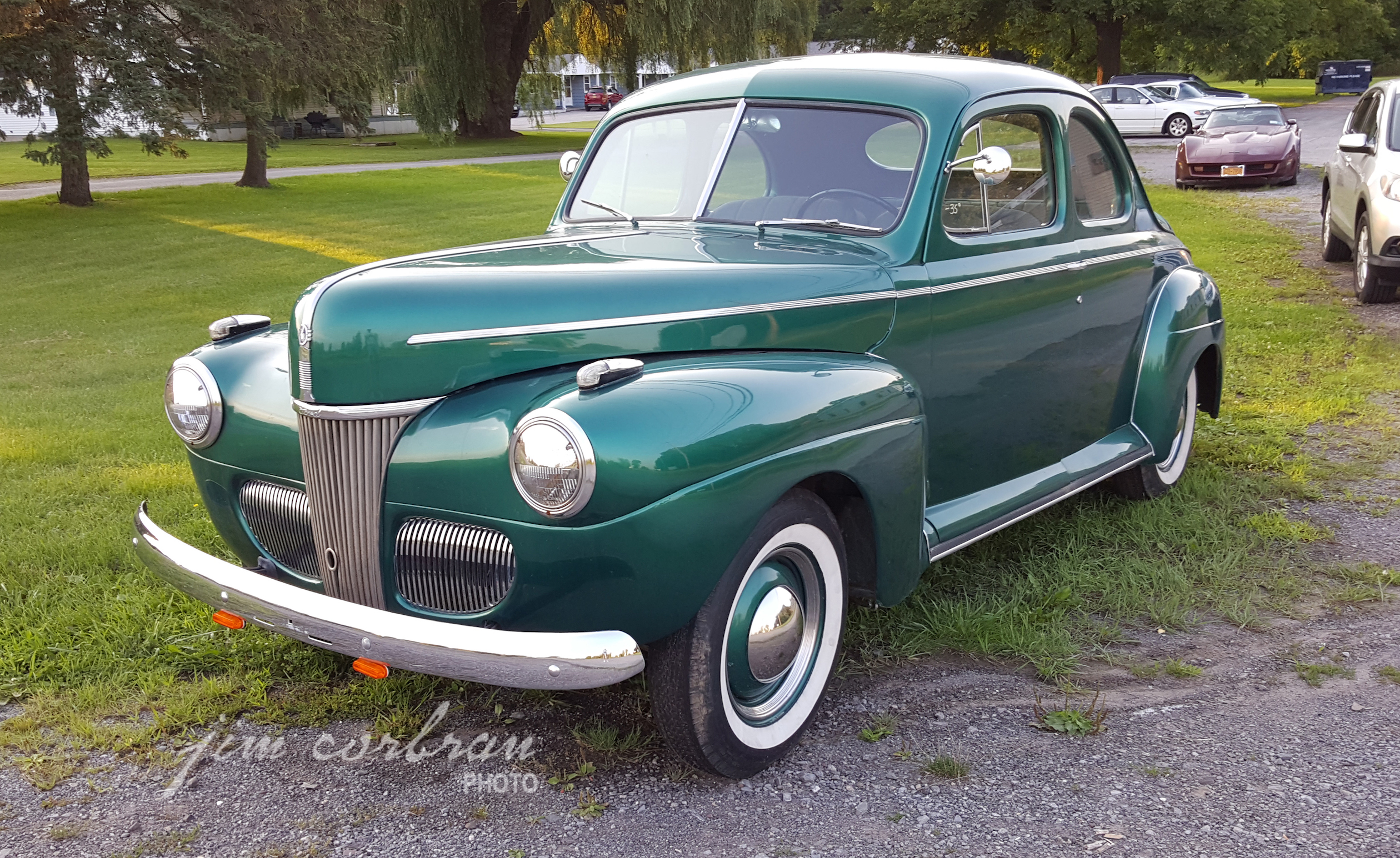 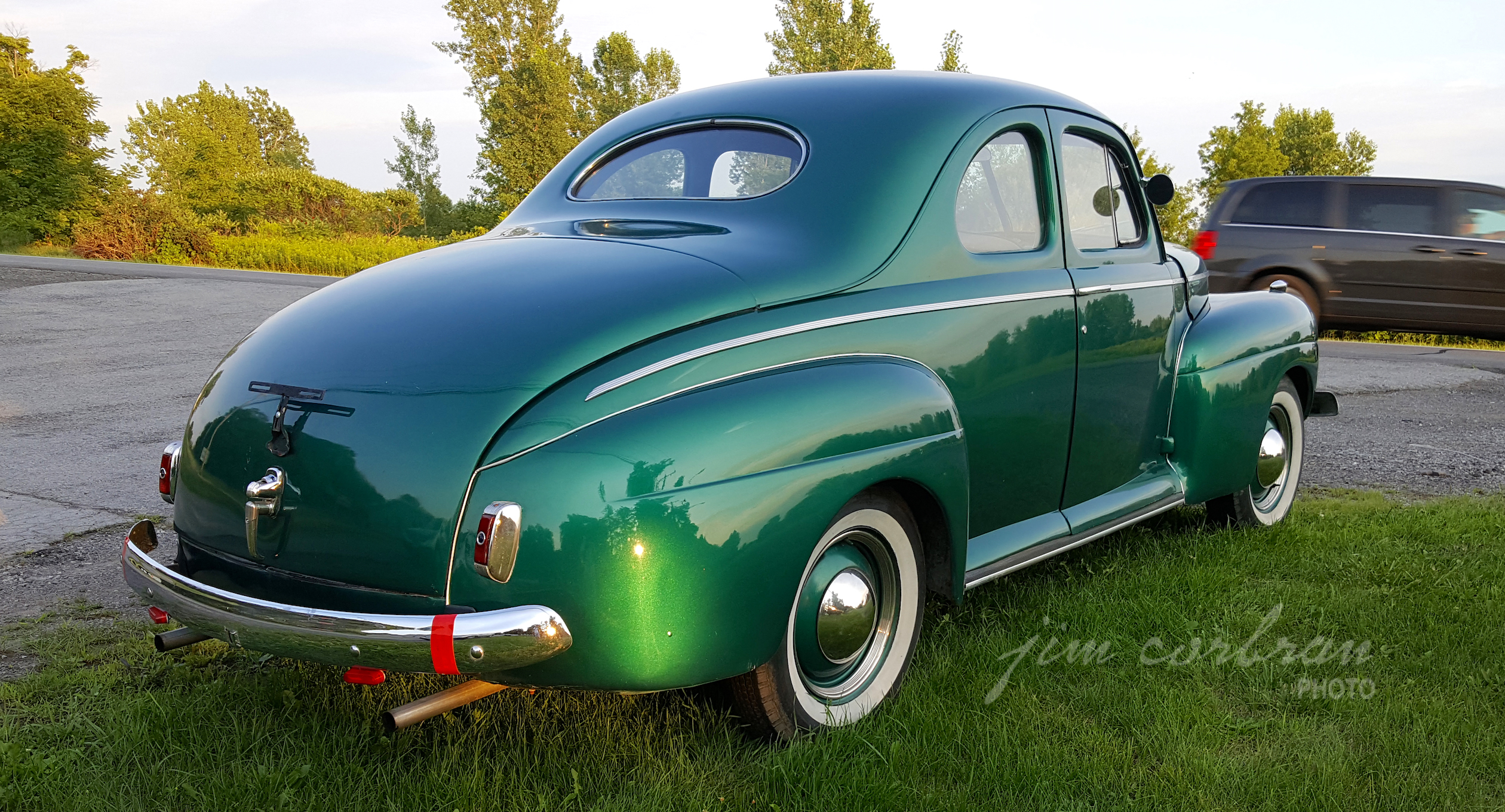 When this 1941 Ford De Luxe debuted, it had a two-inch longer wheelbase (at 114 inches) than its predecessor, and was also wider and (obviously) heavier. One more model range was added — the Super De Luxe. The brochure told us that the ’41 Ford was “…the biggest, roomiest Ford ever built. So wide is the new body that running boards have almost disappeared.” This one, seen over the summer in Akron, is sporting a non-factory paint job