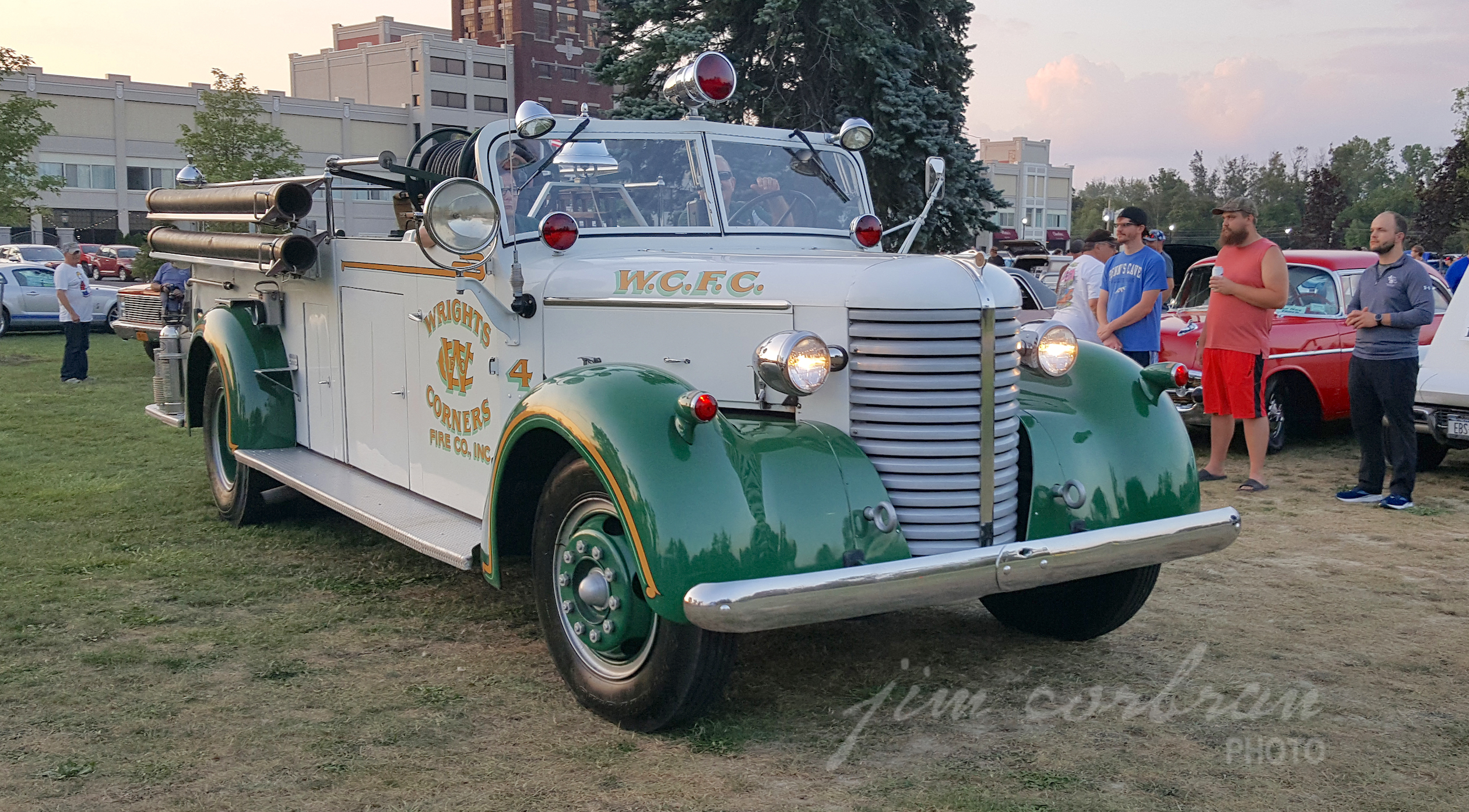 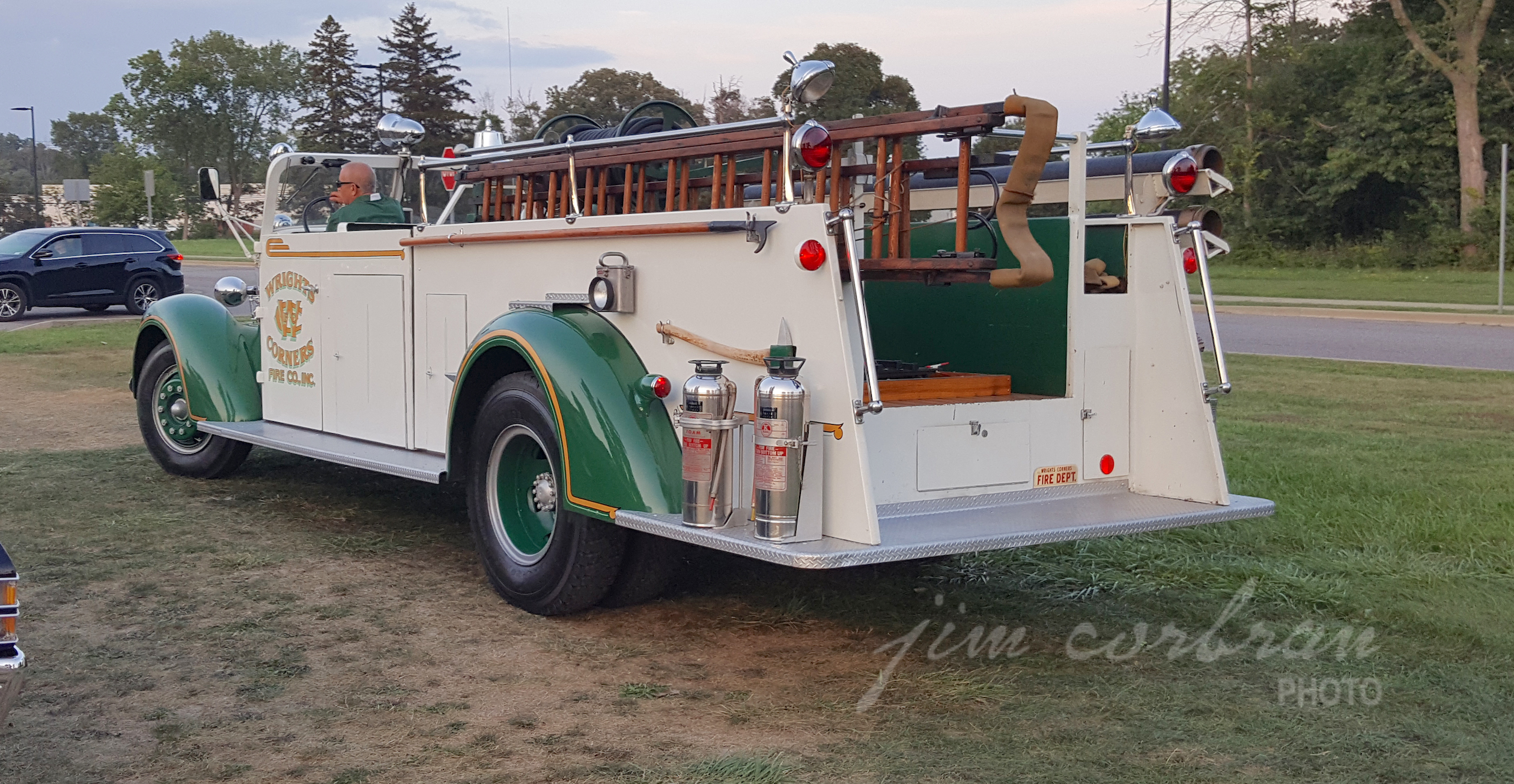 When we first came upon this fire rig at a recent cruise night in North Tonawanda at the Wurlitzer Building we were pretty sure it was based on an old International truck. Later that evening we thought it was a Chevy (we didn’t get a chance to ask as it was just pulling out as we arrived). A little research a few days later enlightened us to the fact that it’s a 1944 Buffalo Fire Appliance truck, manufactured right here in WNY. They were located at 44 Central Avenue in Buffalo, a small side street which runs parallel to Bailey near William Street. This truck’s sporting the livery of the Wright’s Corners Fire Company, a small hamlet between Lockport and Newfane.