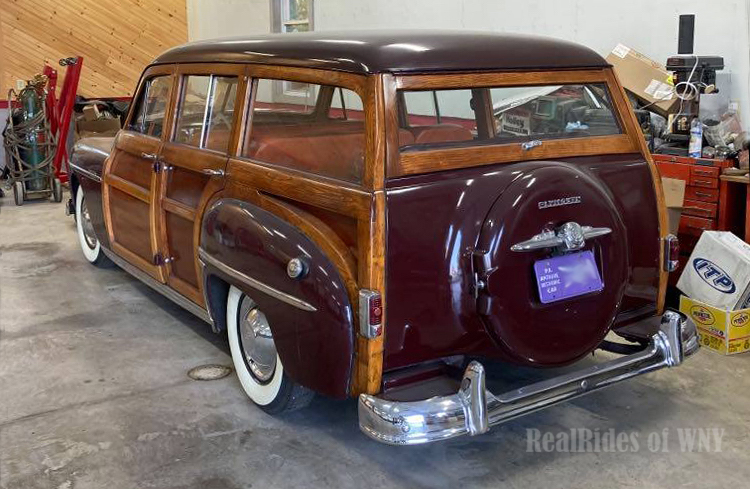 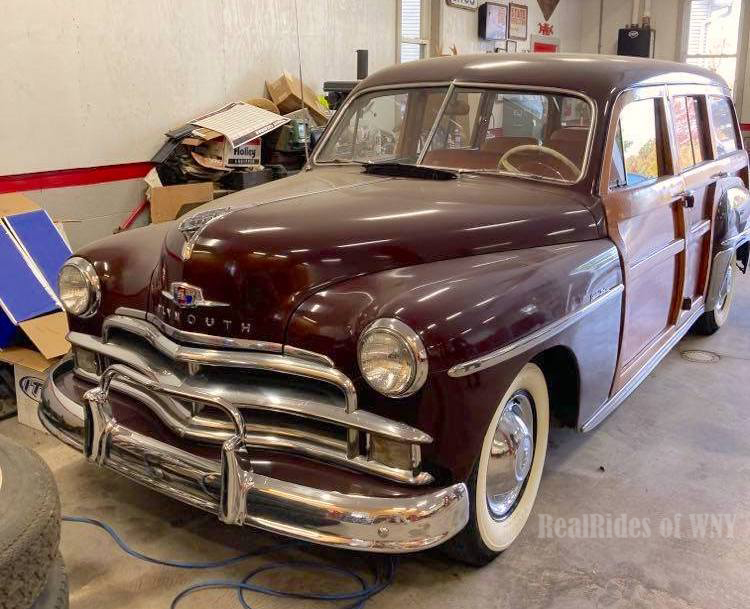 This 1950 Plymouth Special Deluxe wagon is one of only 2,057 produced. It was the final year for Plymouth’s woodie, what with their much-touted “All Metal” Suburban (bottom photo) having been introduced the previous model year with great sales success. In its final year the woodie was handily outsold by the Suburban, which posted a production figure of 34,457. Today’s RealRide was sent in by old friend and former WNYer Rick Lapp, who tells us it’s the current winter restoration project of his mechanic/neighbor. They reside in what Wikipedia likes to refer to as “The Williamsport, Pennsylvania Metropolitan Statisical Area.” 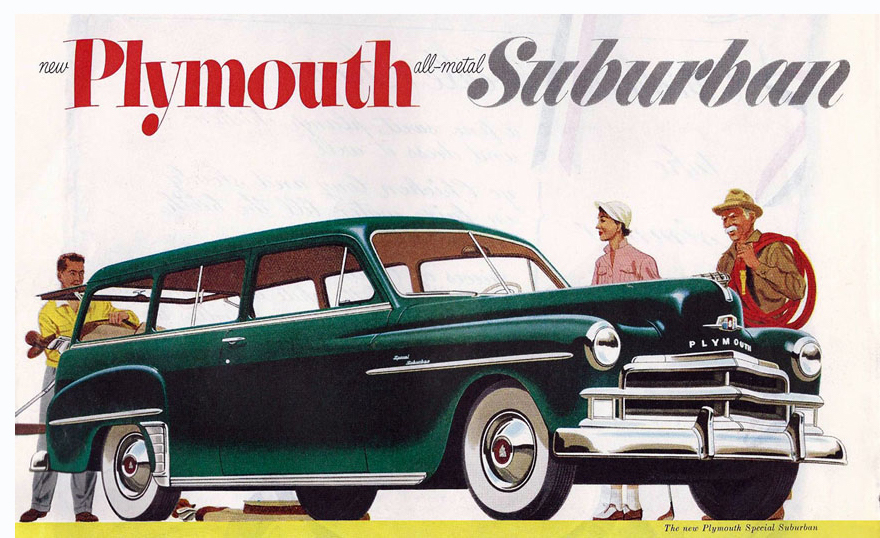