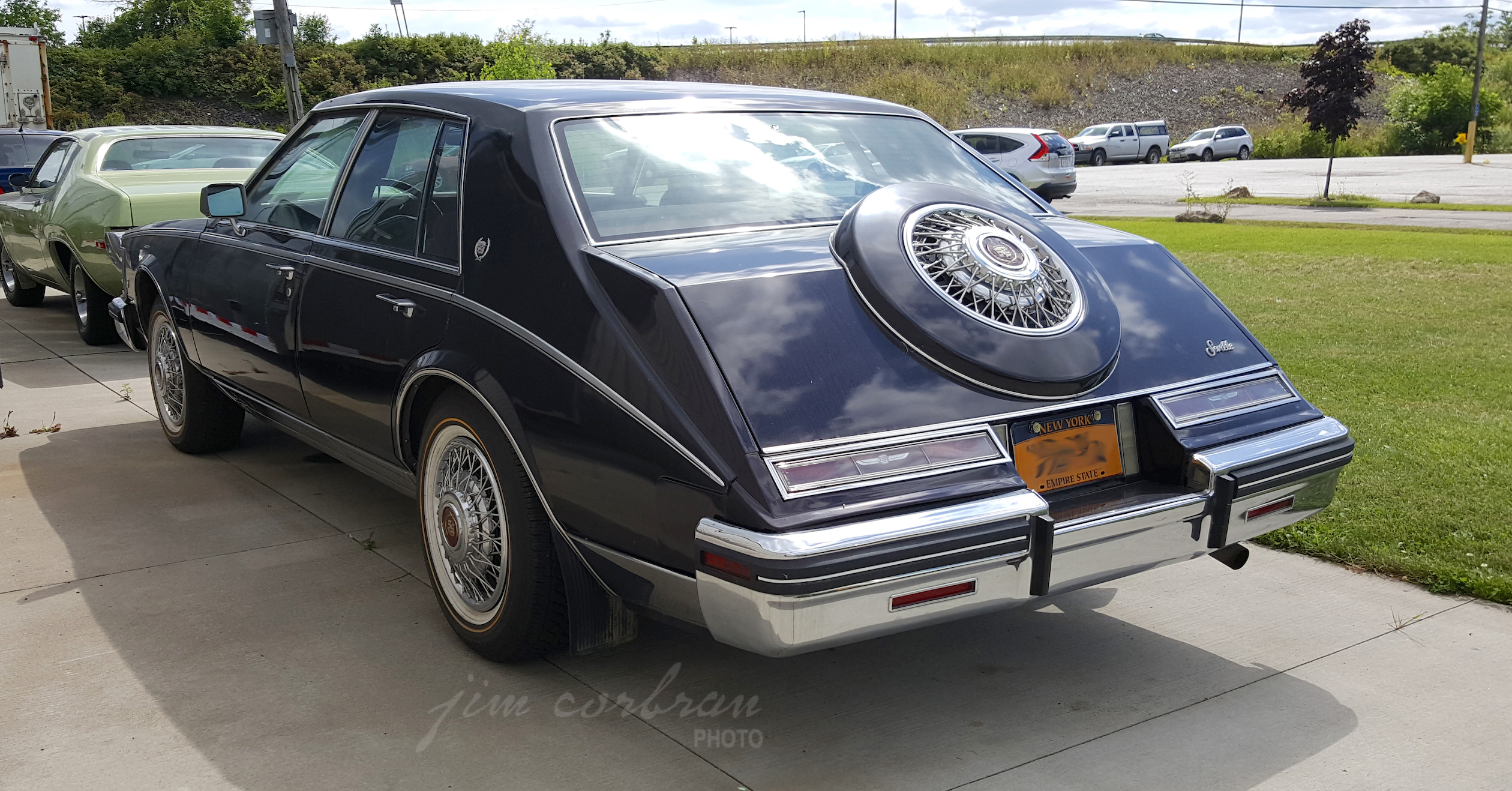 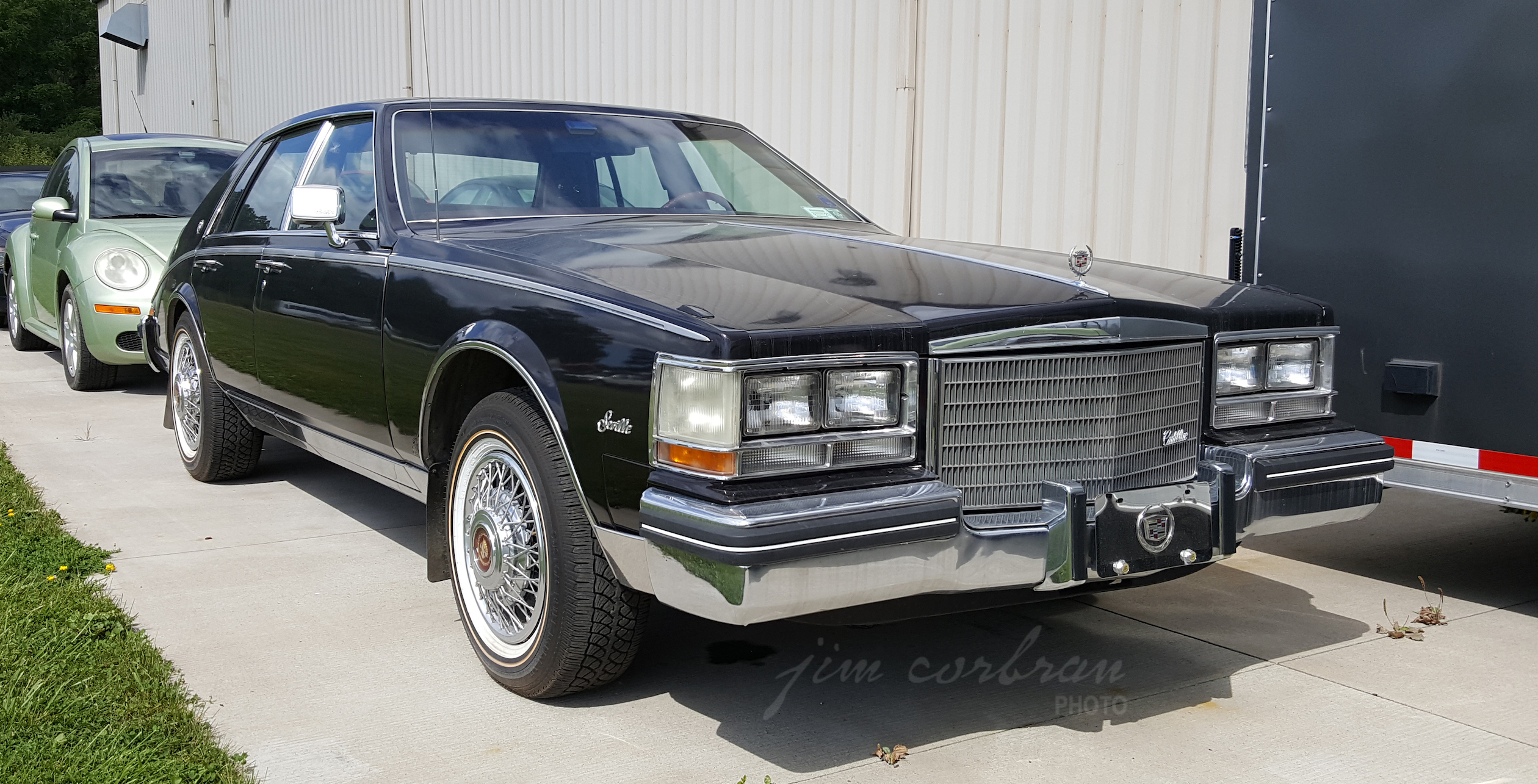 Some cars look good from any angle, while with some others it’s a mixed bag. The 1984 Cadillac Seville (IMO) is a case in point. Its three-quarter front view makes the car look like it has no trunk area at all; the roofline seems to sink right down to the rear bumper. From the rear, the Seville looks like a whole different car. It was definitely a controversial look when it came out, but Lincoln and, eventually, Chrysler with the reincarnation of a two-door Imperial, soon followed suit with “bustle-backs” of their own. This one, seen a few weeks ago in Niagara Falls, adds a little bling with a fake spare tire mounted on the trunklid. Must have added a few pounds to its lifting weight; luckily it had a power release.